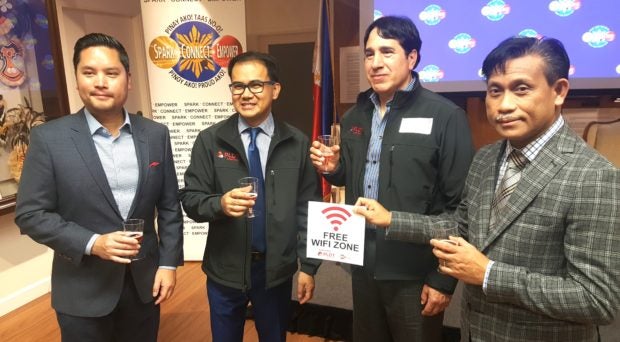 SAN FRANCISCO — The new year got off to a good start for the Philippine Spark Connect and Empower (SCE) program with a new collaboration with the biggest telecommunications company in the Philippines.

Spark Biz is a speaker and networking series highlighting Filipino companies in a wide array of industries and their corporate values, objectives, activities and initiatives to the Filipino American community. 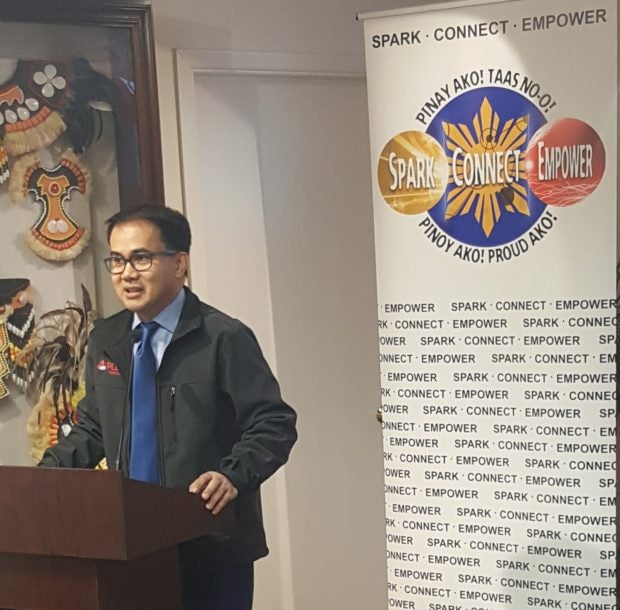 “This is the giving back portion essentially. It is hoped that the greater exposure to these businesses will encourage second, third, and fourth generation Filipino Americans to patronize these companies to ensure their sustained growth here in the United States. This will also pave the way for the younger Filipino Americans to consider seeking career opportunities in Filipino companies and organizations and to those financially qualified to invest in businesses in the Philippines,” Bensurto elaborated.

Representing PLDT was its 1st Vice President and head of PLDT Alpha Enterprise Victor Tria, who spoke of “PLDT’s Prospectus on Nation Building” in which he proudly noted that the Philippines continues to cement its status as one of the fastest growing economies in the ASEAN region.

He reported that investors are looking at next wave areas outside the Metro –in Clark and down south in Cebu, Davao, and Bacolod to build smart cities. “By creating job opportunities outside of Metro Manila, we are enabling the vast millennial job market with opportunities where they can truly showcase their talents as we gear towards a more modern and future-ready Philippines,” Tria explained.

Filipinos spend an average of 4 hours and 17 minutes a day on social media, he reported, and with the median age of 23.8, the Philippines is the second youngest nation making it one of the countries that are most adaptive to digital technologies.

“Our millennials are not just hungry to consume content but they are also developing creating it. Our millennials are choosing to work in industries where they can really showcase their digital knowhow. They are utilizing the kinds of technology now that were not available to us then,” Tria disclosed, citing the emergence of the so-called Philippine E SPORT, an online gaming industry in the Philippines that has become fastest growing sector in the country. 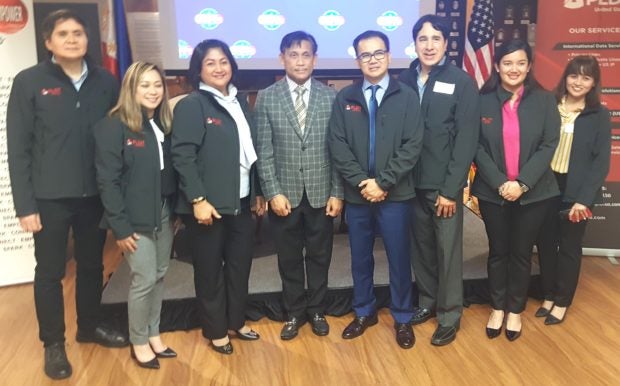 Many Filipinos, Tria noted, also are opting to work from their homes through what Is called the gig-economy. Freelancers are finding work given through the internet.

To respond to the demands of the current digital age, Tria bared that PLDT is in the middle of a five-year (2016-2020) CAPEX Program worth P260 billion or US$5 billion; in 2018 PLDT CAPEX exceeded P50 billion, a record investment that is expected to stay at that level over the next two years to supercharge the networks.

PLDT has a US$3 billion in annual revenue, with more than 58 million mobile subscribers, a fiber coverage that reaches some 5.75 million homes and a thriving enterprise business with a 68% market share.  It is also a part of a diversified conglomerate that contributes 8% of the country’s GDP. Conglomerate include Channel 5, Cignal, Inquirer, Business World, Philippine Star, Smart, Metro Pacific, Philex Mining, Makati Med, among others,” Tria reported.

“In 2018 we expanded our domestic fiber backbone to over 200,000 kilometers giving over 5 million homes nationwide to access to our Fibr fast band. Along with greater coverage, we increased our fixed broadband network to over a million ports.”

Spark Biz, Tria believes, is “indeed a way for all of us to work hand-in-hand together to build a nation that is not only economically sound and digitally inclusive but also a nation, a community of people caring for one another.”

Guest moderator Radi Calalang, chairperson of the annual San Francisco Kalayaan festivities, asked Tria about the readiness of PLDT for 5G internet speed given the report that the country ranks 74th  in 4G internet speed.

Tria replied that the key to be able to provide high speed is to have a robust backbone by laying down fibers that are expanded and upgraded every year.