Court access is important in ending sexual misconduct at work

Court access is important in ending sexual misconduct at work 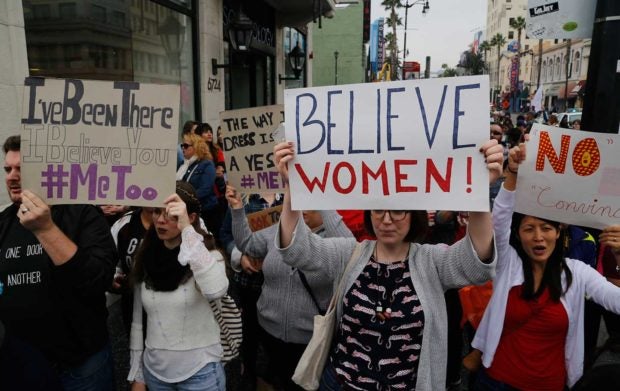 Late last year, bipartisan senators proposed a new law called Ending Forced Arbitration of Sexual Harassment Act of 2017 for Congress’ approval. This bill would ensure that every person facing sexual harassment in the workplace can make their case in a public court, rather than only behind closed doors in private arbitration.

Microsoft immediately threw its support behind this new proposed law. In advocating for this bill the company ended its own practice of requiring employees to sign contracts obligating them to arbitrate sexual harassment claims. Microsoft acknowledged that arbitration does silence the voice of the victimized. This silence has helped sexual harassment to keep happening in the workplace.

Early this month, Google also announced it was overhauling its sexual misconduct policy. This occurred after thousands of employees staged a global walk-out in protest of how Google handles sexual harassment claims. Google ended their forced arbitration policy in cases of sexual harassment to fulfill the workers’ demands.

They are joined by Uber and Lyft, which have also ended their practices of requiring their employees to sign agreements to arbitrate sexual harassment and assault claims.

Arbitration is a procedure to resolve disputes without filing a complaint in court. By signing an employment arbitration agreement, the employee is agreeing to have her or his claim against the employer be decided by an arbitrator and not by a judge or a jury. This means the employee cannot sue that employer in court. Unlike court proceedings which are public, an arbitration proceeding is a private process and its results are generally confidential. The parties are bound by the arbitrator’s decision and the losing party cannot appeal.

The use of arbitration in employment disputes may be problematic as it is often not a product of negotiation. The company may make the signing of an arbitration agreement a condition of employment. The employee needs the job. The company may not give the job unless the employee agrees not to sue the company in court when disputes arise. Employees often automatically sign these types of agreements, without understanding the consequences.

Nowhere is the impact of arbitration agreements more tragic than in sexual misconduct claims that are denied access to the courts. Since the complaint is not brought in the open, the wrongful conduct may continue to persist. Many employee advocates believe that ending forced arbitration, and the confidentiality that binds the parties involved, is the first step toward ending sexual harassment in workplaces.

As the National Association of Attorneys General (NAAG) put it best, “ending mandatory arbitration of sexual harassment claims would help to put a stop to the culture of silence that protects perpetrators at the cost of their victims.”