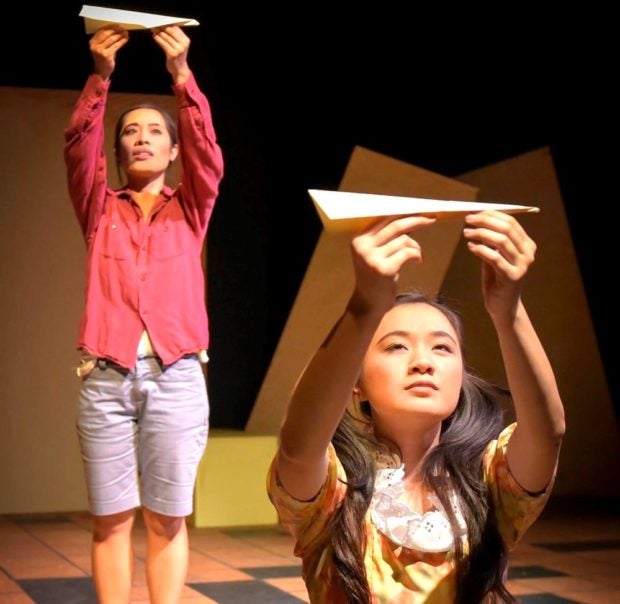 SAN FRANCISCO — Bindlestiff Studio is staging “Chasing Papeles,” a play that tackles the tribulations of three Filipino women in the US who have undocumented immigrant status.

“Papeles” is a Filipino colloquial term for “documents.” Written and directed by Andrea Almario, the play is about Leah, who arrives in America with hopes of supporting her family in the Philippines. She works at a senior care home with Nora and Flor, two other undocumented women workers.

In a statement, Bindlestiff Studio describes the play as a “humanizing and revealing look into the hopes, dreams and disillusions of chasing the American Dream.”

With this production, Bindlestiff Studio also wants to bring awareness to recent cases of human trafficking, exploitation and sexual assault of undocumented workers in the Bay Area.

“As both writer and director, I created a patchwork of familiar struggles from my family’s journey,” said Almario. The play is based on her own family’s experience with undocumented immigrant status.

“The undocumented immigrant narrative is still very much unknown. Recent changes in immigration policies have resulted in an unprecedented number of detention and deportation in U.S. history.”

In the statement, Almario noted, “‘Chasing Papeles’ aims to stand in solidarity with the immigration rights movement to include the marginalized narratives of Filipinos often left out of the media. The stigma attached to being undocumented and the risk of telling this story cultivate an environment of silence and repression. My goal is to break that silence and to shed light on the shadowed experiences of Filipina migrant workers in the US.”

Almario first developed the play as her thesis two years ago when she was taking up theater and performance studies at University of California-Berkeley.

This staging is a homecoming for her in many different ways as she and her sister, Aureen, both attended various workshops for writing, acting, stand-up comedy and directing at Bindlestiff in their youth. “Chasing Papeles” is a play about three Filipino women in the US with undocumented immigrant status. CONTRIBUTED

The siblings have both performed for multiple productions for Bindlestiff. Aureen is currently artistic director for the group and is co-directing the play.

The production not only reunites Andrea with her sister, but also with her mother, Rose (who is playing Flor), both of whom were in the cast of the campus production two years ago.

It is sponsored in part by the San Francisco Arts Commission, Grants for the Arts, Mayor’s Office of Housing and Community Development, the Fleishhacker Foundation and the Zellerbach Family Foundation.