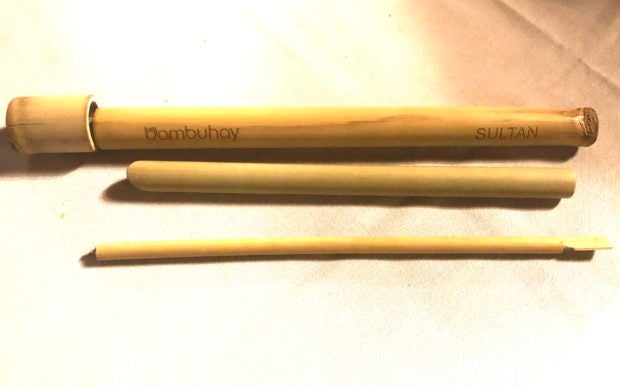 Bamboo straws can be used 720 times. Dishwasher safe and decomposes in 3 days after being recycled. CARI AZORES

SAN JOSE, California — “A Head for Business, A Heart for the World” is a mantra of ENACTUS, an international organization that provides a teaching platform for students to be socially and economically effective entrepreneurs in their communities.

Each year every member country of ENACTUS (the Philippines is one of 36) holds a national competition among member universities or colleges. Only teams with a proven entrepreneurial project that has made an impact on their community are allowed to compete. Some 100 independent judges from the academe and business world meticulously study the impact of each competitor. The winning team is invited to the world ENACTUS World Cup. This year’s venue was Silicon Valley in California, with 36-member countries participating.

Team Philippines members came from Sultan Kudarat State University and competed in the opening round againstAzerbaijan, Senegal, Swaziland, Tajikistan and Ireland. Their two projects immersed 15 T’nalak weavers from Lake Sebu, and five farmers selling “balut eggs” in enterprise development, leadership and management skills, product quality control, financial recording and management among others skills. However, they did not advance to the semifinals. Enactus Canada won this year’s World Cup followed by Egypt as runner-up.

The Philippine team brought a winner though through alum Mark Sultan D. Gersava, founder and chief executive farmer of Bambuhay. He was one of four alumni invited from different countries to present their impactful products for the Enactus Global Alumni Awards (over 30). 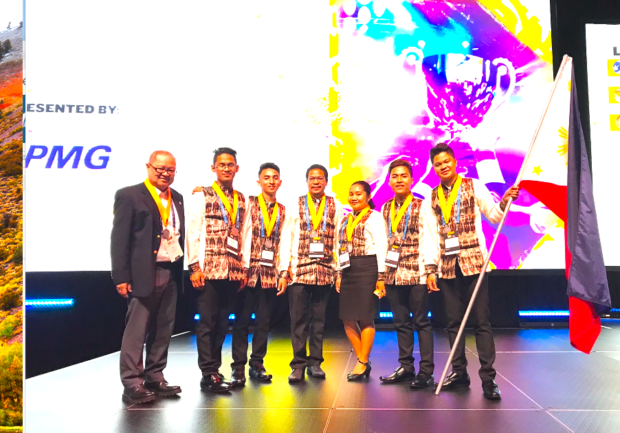 Gersava’s Bambuhay Bamboo Straws created quite a stir at the general assembly composed of high-powered businessmen and entrepreneurs from all over the world. His company produces high-quality bamboo straws utilizing the best bamboo in the region, using mechanized tools but without chemicals. The ingenuously packed regular-size bamboo straws come in a sleek bamboo tube which contained a regular-sized straw; a larger-sized one is used for shakes and “boba” drinks. A cleaning stick completes the package. Bamboo straws can be used 720 times are dishwasher safe and decomposes in 3 days after being recycled.

From a start-up capital of $200, Bambuhay now has a revenue of $20,000 a month from a fledgling monthly production of 100,000 bamboo straws. Gersava aims to reach Ph 20-Million in sales and expand production to the 10 poorest provinces in the Philippines. Aside from local consumption, the straws are exported to Canada, Singapore and the US.

Gersava mostly farms his bamboo in Nueva Ecija and a second facility will soon open in Petikul, Sulu, one of the South’s underserved and rebel-infested towns, but which has the second largest area in the Philippines where the “buho” bamboo grows.

The once “lowly” bamboo tree that wildly grows in swamps and estuaries has been used traditionally as cheap housing material in the provinces; but for Bambuhay, 100% of the tree is utilized from roots to leaves. Bamboo tailings are used as animal feed and firewood bricks, while the is ash made into soap. The leaves, according to Gersava, a food chemist, can be used as a nutritious tea due to its 12% protein content.

Not only do plastic straws pollute the oceans, they also choke sea animals. California Governor Jerry Brown last September signed into law a ban on single-use-plastic straws in the state starting 2019. The rule “prohibits dine-in restaurants from automatically providing plastic straws” to customers. California became the first US state to go “straw-less.” Seattle was the first city to ban plastic straws.

Sultan Kudarat State University (SKSU) is one of 45-member universities of ENACTUS Philippines, from up north to down south in Mindanao. Top winners of the 2018 Philippine competition were SKSU – Access Campus-Champion; Bohol Island State University – Main Campus-1st Runner Up; University of Luzon-2nd Runner Up ; and SKSU- Tacurong Campus – 3rd Runner Up. The winning projects from SKSU impacted two low-income groups, one producing T’nalak products and the other balut vendors.

The students studied the problems that affected 15 T’nalak weavers who live in Lake Sebu. They were chosen because they generate the lowest income from other tribal groups. Problems that face them include lack of capital, no business skills and low self-esteem among others. 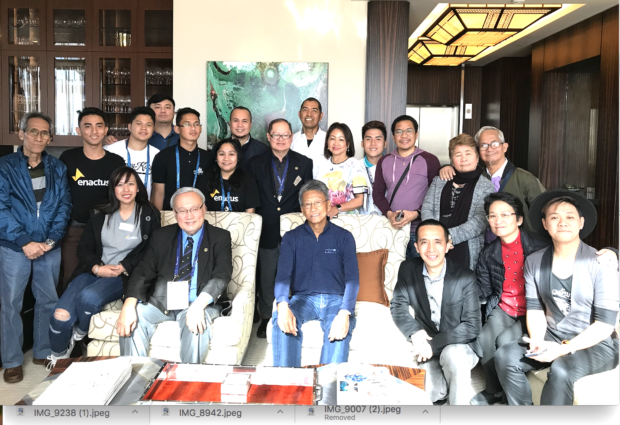 ENACTUS team’s intervention included seminars and workshops about product innovations, basic financial management and a business mindset. It provided a platform for the weavers to be entrepreneurs, and the opportunity to come up with other designs and utilitarian products, teach the use social media for marketing purposes and joining trade fairs among others.

This popular street food delicacy is a duck egg with a 16-to-18-day-old embryo. These eggs are then boiled for 20-30 minutes and eaten from the shell. Five low income farmers with low self-esteem and unable to provide basic needs for their families were given capital and trained in entrepreneurial mind-setting, basic financial management and enterprise development in partnership with the Department of Trade and Industry and the Barangay local government.

Each was given incubator machine to facilitate faster balut production and taught to raise their own ducks and harvest their own eggs instead of buying from other vendors. They were also taught to find cheaper feed alternatives like rice husks instead of commercial feeds. Thru enterprise development training, the farmers realized other income-generating products like penoy, eko-eko and mantra. Thru this project, the farmers saw a substantial increase in their regular income, enabling them to send their children to school, provide for their basic needs and increase self-esteem.

SKSU’s team is composed of Team Leader Melton Lavilles, Rusel Seneca, Mary Grace Garingo, Feberick Quitor and Vimbrylle Fuentebilla with Cristobal ambayon, EdD, as adviser. While in the Bay Area, the team got to meet tech guru Dado Banatao, and Consul General Henry Bensurto Jr. and a chance to tour the sights.

Enactus is an international nonprofit organization dedicated to inspiring students to improve the world through entrepreneurial action. It provides a platform for teams of outstanding university students to create community development projects that putpeople’s own ingenuity and talents at the center of improving their livelihoods. Enactus Philippines is chaired by Jose P. Leviste, Jr.