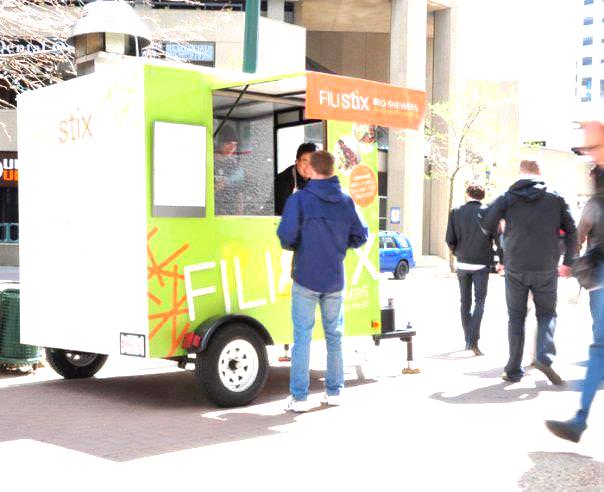 RED DEER, Alberta – A threat from losing their space in the university has brought a famous Filipino food stall closer to home and its new family.

In mid-June, Filistix was notified by Aramark Ltd., the food service contractor at the University of Alberta, that it is no longer extending its lease contract, citing a move o a different business plan. This immediately threatened to dislocate two of the food stall’s locations inside the university.

“We were taken by surprise obviously and were in a bit of a scramble to find another option,” said Roel Canafranca, co-owner of Filistix Good Food Inc., in an email interview with INQUIRER.net.

As of July 24, the food stall has found a new location, a vacant space in the basement of the university’s Students’ Union Building.

Losing one of their beloved food stalls could mean that the UoA community would be missing a locally owned food shop that serves nutritious and quality food.

The clamor for Filistix to remain on campus was expressed in a petition in July, which gathered almost 2,000 signatures. The petition underscored the popularity of the food stall among students and staff and questioned Aramark’s move to close it.

“We are really appreciative of our community at the U of A. We knew we had a following, but we were taken back by the outpouring of support,” said Canafranca.

The news was followed by local news coverage and hundreds of letters of support. 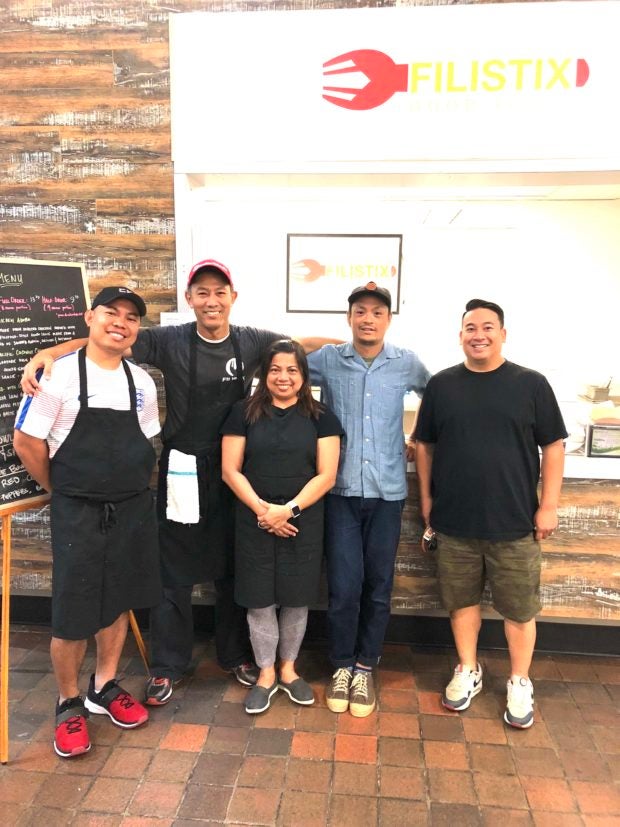 Filistix owners Roel (second from the right) and Ariel (first on the right) found a new location at the University of Alberta for their famous food stall. INQUIRER/Jhong de la Cruz

What seemed like the biggest obstacle in their business history became a “blessing that brought the community together and pushed the company forward,” said Canafranca.

Beatriz Rubio, a Bachelor of Science in Psychology student and vice president of the PhilSa (University of Alberta Philippine Students Association) said, “It is very heart-warming to see how much support Filistix gets from the whole U of A community, especially because the support did not only come from the Filipino students.”

Filistix does not only showcase Filipino cuisine, it is also one of the few affordable and healthy dining options on campus, she said.

“We are very ecstatic that FIlistix found a new home in SUB, independent from Aramark, and we know that hundreds of other students and staff share our sentiments,”” she added.

Educated in the kitchen

Owners Roel and Ariel del Rosario who are cousins, have no formal culinary training. Roel has a degree in Psychology while Ariel has an MBA in Marketing and Advertising.

Roel is proud that Filistix boasts the experiences they received working in a multiple of restaurants, front and back houses. Roel calls this being “kitchen educated.”

“It was there that we learned to cook, serve and understand how the restaurant business works,” said Canafranca.

“Both of our parents immigrated from the Philippines in the mid-‘70s to Edmonton,” Canafranca said.

In May 2008, after noticing the lack of street food culture in Edmonton compared with places they had traveled around the world, the two launched their food cart on Rice Howard Way in downtown Edmonton.

“At the time, there were only hotdogs available on the street and the city was more strict about where you could park,” said Canafranca. The business faced restrictions because the rule only allowed one semi-permanent location.

The other challenge was changing people’s perception about street food. “Getting people to take a chance on an unfamiliar vendor offering food out of a trailer was the biggest hurdle,” explained Roel.

In 2009, the food cart found its way in local farmers’ markets. “People seemed to be more receptive there as it was a slower pace and we could connect with our customers and explain our vision,” he added.

After gaining momentum, Filistix participated at the first What the Truck event in Edmonton in 2011 – a yearly fest featuring food trucks and food truck culture.

The event was also attended by delegates sent out by the University of Alberta and Aramark to get an idea of what was new on the local food scene. The delegates from the university approached the owners of Filistix to offer a spot for the food cart on campus once a week over the summer.

It was fall of 2011 when Filistix found its new home at the Central Academic Building at UoA through a lease contract with Aramark.

The business venture on campus was not without challenges.

“One of the hardest things was adapting to the space we were offered,” said Canafranca. The space was not tailored for their menu. Filistix had to develop menu items that they could serve fresh and fast.

The food stall also had to rebrand its mostly foreign menu. “Ginataang manokwas not something the average person could recognize or willing to try,” he said.

Filistix was coined based on its owners’ start up menu, which was solely barbecue sticks and pandesal.

“We wanted to emulate the street food we remembered from visiting the Philippines,” said Roel, remembering the marinated dishes and the culture that goes with Philippine street food.

“We continued to do Filipino food because it was what we knew and loved and is underrepresented in the food scene,” he added.

But what made Filistix a success among the UoA community is making food from scratch, the quality of its ingredients and service, according to Roel.

Besides its two locations at UoA, the food stall is also present at Grant MacEwan University, also in Edmonton.

“We are working on a downtown location slated to open at the end of the year,” said Canafranca.