Your kid may be vaping more than tobacco

Your kid may be vaping more than tobacco 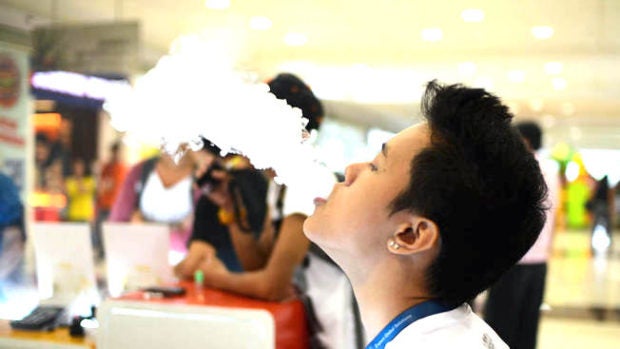 A Filipino kid vaping in a mall. NBC SCREENGRAB

By now, many parents know kids are vaping sweet-smelling tobacco — often using devices that look deceptively like pens or flash drives. And most parents are hip to the prevalence of underage marijuana use.

Now comes a combo of the two: vaping pot. Experts and educators say young people are — once again — one step ahead of the adults in their lives, experimenting with this new and more heady way to consume weed.

“It’s only a matter of time” before adolescents are vaping nicotine and pot in equal measure, said Mila Vascones-Gatski, a substance abuse counselor at Arlington Public Schools in Virginia. “Anything in liquid form can go into a vape, and that’s scary.”

Surveys provide a snapshot of the problem.

Among California high school students who have used an electronic smoking device, 27 percent said they used it with some form of cannabis, according to a reportby the state Department of Public Health, based on 2016 data, the latest available.

Nationally, among high school seniors who reported using a vaping device in the past year, 11 percent said they had vaped cannabis, according to a 2017 surveyby the National Institute on Drug Abuse and the University of Michigan. More than half said they vaped “just flavoring” and about 33 percent said nicotine.

The California Department of Public Health says researchers do not fully understand how using cannabis oils and waxes with vapes affects health. What they do know is that vaporized cannabis can contain a lot more THC, the cannabis ingredient responsible for psychoactive effects such as anxiety and paranoia.

“When you make it into an oil or wax, the [THC] concentration can be very high,” Vascones-Gatski said. “This is when psychotic symptoms are intensified.” 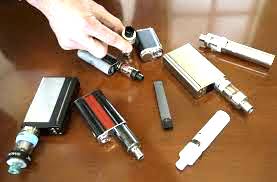 Recreational marijuana use is illegal among children in all states. In California, such use was legalized for adults 21 and older beginning this year. Critics argue the change could make pot more accessible to young people, although researchers say it is too early to tell.

Meanwhile, as vaping becomes more popular and socially acceptable, more young people are bound to try pot in this form, said Stanton Glantz, professor of medicine and director of the Center for Tobacco Control Research and Education at University of California-San Francisco.

“You are starting to see the much more aggressive push for flavors” in the cannabis liquids, he said.

Even if the cannabis industry says its target is not youth, there is no denying that fruity smells attract kids, Glantz said.

Zoei, a 14-year-old student at Lodi High School, about 40 minutes south of Sacramento, has seen — and smelled — that firsthand. Students who vape pot in school follow up by spraying perfume or cologne to conceal the smell because — while fruity — “it still smells like weed,” said Zoei, who spoke on condition that her last name not be used.

Some of her schoolmates vape both marijuana and nicotine in restrooms, the cafeteria, even in classrooms, despite signs around campus warning kids not to vape, she said.

She tried vaping nicotine juice once after being attracted by a sweet strawberry smell. She hasn’t vaped pot yet, but confessed she’s curious. If it were offered to her, she’d probably try it, but not at school where most kids get caught, she said.

“I just want to see what happens,” she said.

Some experts say the dangers of pot vaping among kids are receiving less attention than they should, and that the vaping industry needs more regulation.

“Schools tell us that tobacco prevention is important, but we really need something on marijuana,” said Ryan Crowdis, with the Tobacco-Use Prevention Education program at the Orange County Department of Education. “The problem is our hands are tied because our funding comes from the tobacco tax revenue, so that’s what we have to focus on.”

The state Department of Education said it expects to receive funding from Proposition 64, the ballot measure that legalized recreational pot, in the 2019-20 budget to help fund education and awareness around youth use of marijuana.

Industry representatives deny trying to appeal to youths. “In no way, shape or form do I see brands trying to ingratiate children or underage users. There’s plenty of business in the adult market,” said Farley Cahen, the founder and CEO of Elevated Agency, which does marketing for cannabis companies.

Cahen said the California law legalizing recreational pot for adults came with strict packaging regulationsthat prohibit language or wrapping that could be attractive to children.

Some of the fruity smells in some cannabis oils come from the manipulation of terpenes, the compound responsible for the plant’s aroma, he explained. But he said that flavorings are in no way promoted like candy-like nicotine juices.

Cannabis oils can come in preloaded cartridges — also called pods — that are inserted into vaping devices. One popular marijuana pen-and-pod device is the Pax Era, which is often referred to as the “iPhone of vapes” because of its high-tech features, said Stephan Lambert, a prevention coordinator at the Orange County Department of Education.

The Pax Era is manufactured by the parent company of the Juul, a vape pen for tobacco use that burst onto the teen scene within the past two years and has become a nightmare for schools because of its resemblance to a flash drive. The Pax Era looks similar to the Juul.

But teens are tech-savvy and aren’t necessarily buying devices made just for marijuana. For instance, Lambert said, they’re learning how to refill their Juul pods, the cartridges that contain e-juice, with different blends, including marijuana oils, with the help of video tutorials on YouTube.

“These oils are becoming very mainstream and very easy to access,” he said.