Man with autism who wants to eat underage girl, make her his sex slave, gets probation 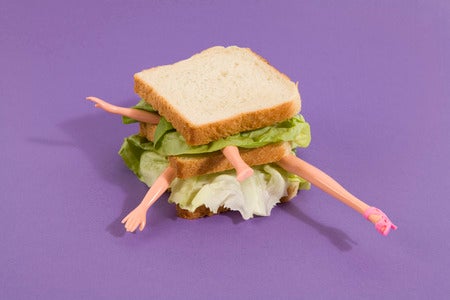 A man who was diagnosed with autism was sentenced to five years probation on Aug. 9, after he was found guilty of wanting to eat and make a supposed underage girl his sex slave in South Carolina.

Justin Teeter Bensing, 36, was initially sentenced to ten years of imprisonment after pleading guilty to two counts of solicitation of a minor in April, as reported by The Greenville News last Saturday, Aug. 18.

Judge Letitia H. Verdin stated that Bensing’s mental limitation is one of the factors why his initial sentence was suspended. A sentencing sheet from the Greenville County Clerk of Court’s Office revealed that because of Bensing’s autism diagnosis, he was considered a low-risk offender.

Verdin added that another factor considered to determine his sentence was Bensing’s clean record before the conviction. The judge also noted that Bensing never traveling out of Myrtle Beach to meet supposed underage girl, and never calling her despite being given a chance during an online chat, were other factors the jury looked into.

While he only faces five years of probation, if Bensing violates his probation conditions, he would serve the initial ten years imprisonment sentence.

Bensing was included in the 14 suspects nabbed during a child predator sting operation in January and February in Greenville County. Investigators posed as underage children to lure and arrest pedophiles. Court records show that Bensing was out of jail on a $10,000 (about P533,000) cash bond since he was arrested in Feb. 12.

Sheriff Will Lewis stated that Bensing wanted to “cannibalize” the investigator posing as an underage girl, the report stated. The suspect used the pseudonym “Rebel Deese” when he was chatting children.

He asked the investigator posing as an underage girl if she was “ready to be a full time baby maker and sex slave.” As per report, the suspect revealed that he is a coprophiliac (a person with a sexual fetish involving feces and defecation), telling the investigator that he wanted to drink her urine.

Bensing’s phone was confiscated as part of the investigation. His attorney, James Brehm, said Bensing’s cell phone records revealed that Bensing talked about cannibalism in a separate chat six months before the sting operation.

“That didn’t have anything to do with this,” Brehm said in the report. “It was just like you and I talking trash and texting and six months later, someone gets a hold of your phone and tie it to what he’s charged with.”

Brehm stated that Bensing received death threats since his conviction. He also does not leave his home, the report further stated. Bensing’s attorney asserted that his client’s cannibalism talk was never intended to be part of the investigation. Kate Matriano/JB