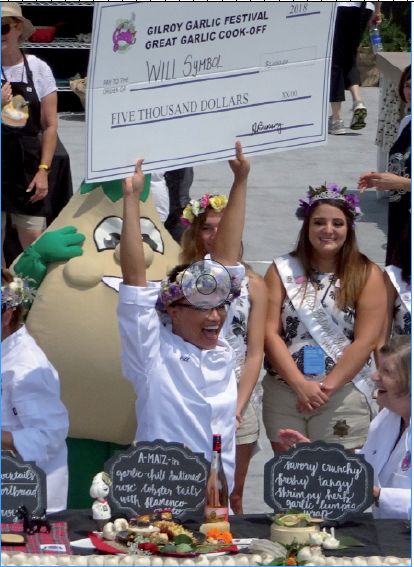 Will Simbol holds the check for $5,000. CONTRIBUTED

He beat out seven other finalists who came from all around the country. The eight finalists who were selected from hundreds of entries came at the festival and prepared their recipes in front of the public and panel of judges within a time limit of two hours. 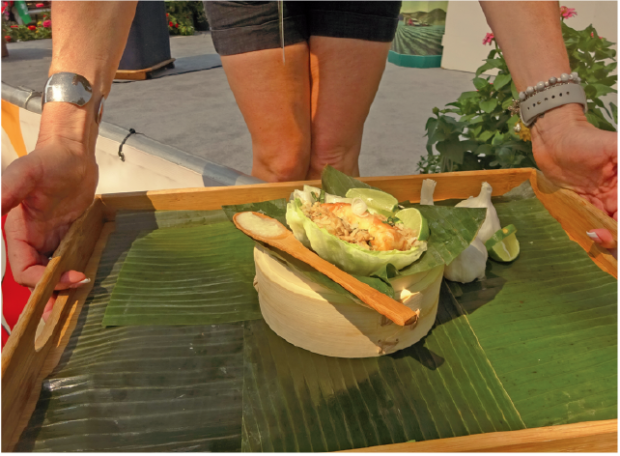 Finished lumpia wrap is presented to the judges. CONTRIBUTED 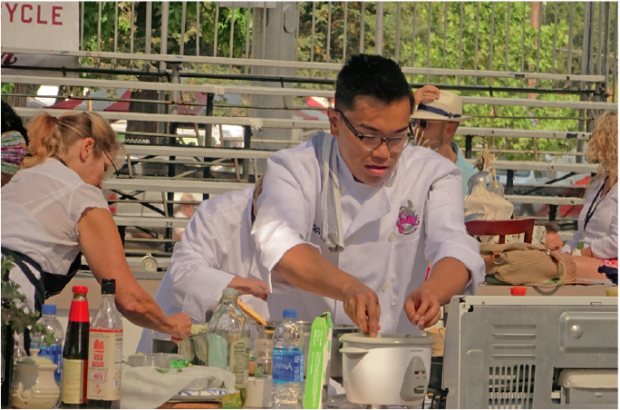 One other judge said that it had all of the elements contained in the name of the recipe.

Simbol won the coveted garlic crown and a $5,000 cash price. His parents, who were originally from Pampanga, are longtime residents of Cerritos, California.

Simbol, who was born in Long Beach, California, and grew up in Cerritos, California, now resides in New York and teaches at Ideal School of Manhattan.