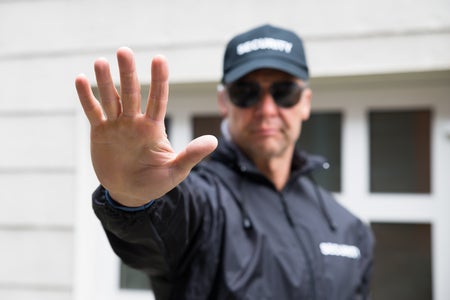 A woman was asked to get out of a mall in Mobile, Alabama because her attire, consisting of a crop top and short shorts, was deemed inappropriate by the mall’s security personnel.

“I was literally harassed and kicked out of the [Bel Air] mall in Mobile, AL today because of what I’m wearing,” wrote Gabrielle Gibson in a post she shared via Facebook last Thursday, Aug. 2.”Apparently grown men [couldn’t] contain themselves so I get kicked out.”

#Share I was literally harassed and kicked out of the Bellair mall in Mobile, AL today because of what I'm wearing….

“Security officer J. Mathis initiated that he was looking at my ass cheeks and it was a problem,” Gibson said. “[Don’t] look at my ass then [there’s] a thought? As well security officer Davis and head of security Jim [C]havis were extremely rude and completely unprofessional about the situation.”

The woman said she tried to explain why she was wearing short shorts: “I told them [I] have bigger thighs and [it’s] just [too] hot for jeans that I [can’t] help they ride up a bit. It [doesn’t] bother me then it [shouldn’t] bother you.”

Gibson stated that the mall’s security personnel went as far as to threaten her with a call to a police officer. She then expressed her disgust and embarrassment over being singled out among the many who were also wearing short shorts at the mall.

“From what [I’ve] seen today everyone had short shorties on. I mean come on [it’s] August and 100 [degrees] outside. I [don’t] know why [I] was pinpointed. [I’m] just disgusted with the behavior of all these people. I was just having a good time trying to look around. Everyone can share this. This whole incident has made me embarrassed,” she complained.

“Given the high degree of importance we place on maintaining a family-friendly shopping environment, our policy requires all of our customers to dress in a manner that reflects our code of conduct,” The Shoppes at Bel Air mall told NBC 15 last Friday, Aug. 3. “Anyone who violates this policy will be asked to change or to leave the premises.”

Homeless web developer gets job offers from Google, Netflix after handing out resumes in public