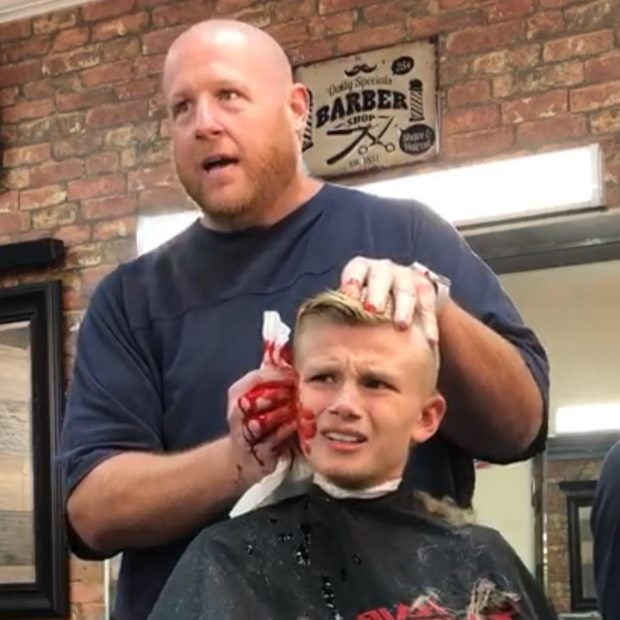 A barber in Naples, Florida pulled a prank that sent a ten-year-old customer in near tears, calling for his mother — the barber pretended to cut off the boy’s right ear while giving him a haircut.

Purchasing a latex ear and fake blood, barber Jude Sannicandro exacted his revenge on 10-year-old Vito by pranking him and capturing it on video, which he uploaded via YouTube last Friday, July 27.

What’s the need for “vengeance” all about? The barber explained, “My customer Vito scared the crap out of me last month with a fake cockroach on my counter, behind my back. I warned him I’d get even. Here is the aftermath!”

Sannicandro, while in the process of cutting Vito’s hair with clippers, warned the boy that the tool was sharp. “Oh sh*t,” the barber suddenly remarked, surprising the ten-year-old boy. “Don’t move.”

“I’m bleeding?” asked Vito. Sannicandro then went to collect some plain paper towels — or so the ten-year-old thought. The barber fetched a latex ear as well as a plastic of fake blood wrapped in paper towels and pressed these to the boy’s supposedly injured right ear.

“Holy sh*t. Oh man,” said the barber. The ten-year-old, who was already panicking, called for his mother. “Shhh, don’t tell her,” warned Sannicandro.

“I think we need to call an ambulance,” Sannicandro commented. By this time, the ten-year-old boy is in near tears, repeatedly asking the barber to call his mother.

Vito’s fright escalated even further when his “right ear” fell off. “Is that my ear? No, no, no,” shouted the hysterical ten-year-old. The barber called Vito’s mother over.

“Look at my ear, it’s on the ground,” stated the ten-year-old who then breathed in and out in an effort to calm himself.

Sensing Vito has reached his limits, Sannicandro revealed his successful prank. “Hey, do you remember that roach prank when you said I couldn’t make you cry?” asked the hairdresser.

“You’re fine,” the barber said, showing off the ten-year-old’s uninjured ear. It turns out Sannicandro schemed with Vito’s parents to get back at the boy’s cockroach prank.

YouTube viewers have mixed reactions on Sannicandro’s prank. Most found his revenge amusing. 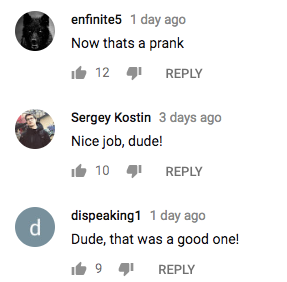 However, some did not find humor in what the barber did. They said that his prank was idiotic and cruel. One commenter even went as far as to say that his revenge may cause trauma to Vito. 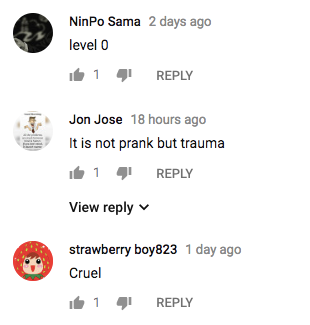 The video, which has gone viral, has garnered over 713,816 views, as of this writing. JB

Homeless web developer gets job offers from Google, Netflix after handing out resumes in public