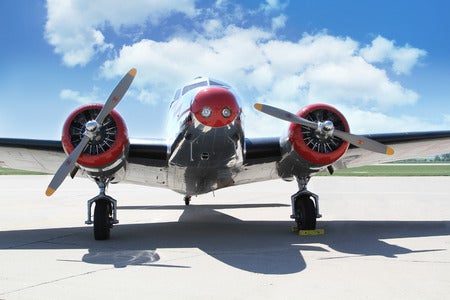 One researcher claims that the last distress signals sent by aviatrix Amelia Earhart and her navigator, Fred Noonan, days after their disappearance in 1937, prove that the duo made a “safe landing” on a remote island in the South Pacific.

Ric Gillespie, a notable researcher on Earhart’s disappearance, asserts he located documentations pointing out that the duo’s airplane landed in an island about 2,000 miles off Hawaii, as reported by CBS last Saturday, July 28. Moreover, the researcher said that the distress signals the duo sent days before their airplane was swept out to the sea was the reason why the Navy launched a rescue mission.

“Everybody expected a happy ending to the search because Amelia was out there calling for help and her calls were being heard,” noted Gillespie, the report said. He stated that the battleship used by the Navy took a week to get to Earhart and Noonan’s location. By then the distress signals had already stopped, and when the rescue team flew airplanes over the island, they were not able to see the duo’s aircraft.

“Now the airplane’s manufacturer, Lockheed, had said that if you’re hearing calls from this airplane, it’s not floating around in the water because the radios would be wet, it wouldn’t work,” the researcher stated. He concluded that because of this fact, the aviatrix and her navigator must have “made a safe landing someplace.”

Gillespie also alleges that Earhart’s radio calls were heard as well by people from different places who were able to pick up her transmissions on their radios. He said that there had been documented reports of people who heard the distress signals in Florida, Iowa and Texas. The researcher cited a report of one woman in Canada hearing a radio call saying: “We have taken in water… We can’t hold on much longer.”

The researcher claimed that the distress signal documentations fortify his theory that the duo “survived the initial landing,” contrary to official belief that the aviatrix and her navigator have been lost at sea, the report stated.

Bones found in 1940 seem to be Amelia Earhart’s, study says

ADVERTISEMENT
MORE STORIES
Meet British Columbia, Canada’s youngest lawyer
55 Asian Pacific students get $500K in McDonald’s scholarships
How can I volunteer for a Covid-19 vaccine study?
Don't miss out on the latest news and information.