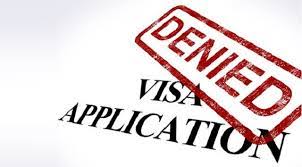 NEW YORK—More than 200,000 work visa petitions for highly skilled workers, including Filipinos, with job offers from U.S. employers were denied or were asked to submit more information to proceed further on their applications in 2017, new data revealed.

The National Foundation for American Policy (NFAP), which obtained and analyzed the figures from the U.S. Citizenship and Immigration Services (USCIS), said about 83,670 work visa petitions, or known as H-1B visa, were refused and 126,786 applications received a Request for Evidence (RFE) last year.

Between the third and fourth quarter of last fiscal year, the proportion of H-1B visa denials for foreign-born professionals dramatically increased by 41 percent, the report said, while the rate of requests for evidence went up approximately by 46 percent.

The uptick in H-1B visa denials started shortly after President Donald Trump issued his “Buy American and Hire American”executive order on April 18, 2017, according to the report. With the president’s political appointees providing directives to visa adjudicators at USCIS “to limit the admission of highly educated foreign nationals, even though economists believe America greatly benefits from the entry of foreign-bornscientists and engineers,” the number of H-1B denials may continue to go up.

“It is really interesting to see these significant increases [in work visa denials],” Stuart Anderson, executive director of NFAP, said in a phone interview with INQUIRER.net. “They reflect the important changes in our government policies and practices.”

According to the findings, the increase in denials and RFEs of even the most highly skilled applicants indicates that “the Trump administration is generally interested in less immigration—not merit-based immigration.” 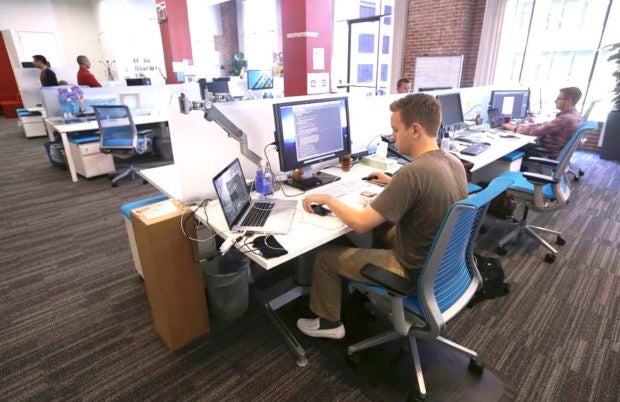 In recent months, the USCIS enacted a series of policies to make it a lot harder for the most qualified foreign-born applicants. For example, USCIS no longer defers to prior determinations, approvals, or findings of facts when extending a current H-1B or other skill-based visas.

USCIS will also rescind work authorization for the spouses of many H-1B visa holders. And those H1-B holders who are already in the United States but whose renewal applications are denied could be placed in deportation proceedings.

Due to current restrictive policies, the report said that immigration lawyers and employers only file for applicants they believe have a good chance of getting approved. H-1B applications could take six months or longer, and it could cost up to $5,000, including the filing and legal fees.

A majority of Filipinos get their immigration status in the United States through marriage or family and relative petitions. From 2001 to 2006, according to the Pew Research Center, about 3 percent of H-1B visa holders were Filipino skilled workers, mostly nurses, doctors, caregivers, and other professions in the health care industry.

R. Gonzalez is a 42-year-old professional Filipina banker. She got her H-1B visa three years ago, when her American employer based in Singapore assigned her to work at the headquarters in New York City.

Last month, before her H-1B visa expired, she went back to Singapore to renew it and get her passport stamped so she could easily travel in and out of the United States.

But when she showed up at the U.S. embassy, she was shocked by the decision on her visa renewal: “Denied.”

“It was very upsetting. The U.S. embassy did not give me any explanation,” Gonzalez said. “Without waiting for me to say a word, the officer stamped ‘Canceled Without Prejudice’ across my old U.S. work visa.”

Appealing her case, Gonzalez expressed concerns that her immediate supervisor in the New York City office may not be able to wait for her any longer and give her post to another worker.

“I could get stuck in Singapore,” she said.

H-1B is a nonimmigrant visa through which American employers may obtain foreign workers to perform specialty occupations on a temporary basis. Demand for H-1B workers has boomed in recent years such that, since 2001, the visa cap has been reached within a week of the application period opening.

The report also showed that the number of H-1B petitions approved in 2017 for workers in computer-related occupations was 69.8 percent. The median salary of beneficiaries of approved petitions increased from $82,000 in 2016 to $85,000 in 2017, it added.

As of July 2018, data suggest that high rates of denials and requests for evidence in skilled visa categories have continued.

The NFAP report said the denial rate of visa applications for skilled workers who get transferred from their foreign employer to work for up to five years in the United States was at 30.5 percent in the first quarter and 29.3 percent in the second quarter of this fiscal year.

With the present volatility of American politics and government policies, Anderson said that getting a better prediction on what is going to happen for H1-B visa applicants and current holders may take some time.

“The real impact remains to be seen. In the long term, if these H1-B denials and requests for evidence continue to be difficult for U.S. companies, they may look somewhere else where they could easily hire high-skilled foreign nationals.” Anderson noted. “But we need to see more data and we have to wait for a few more years [to see] if the trend continues.”