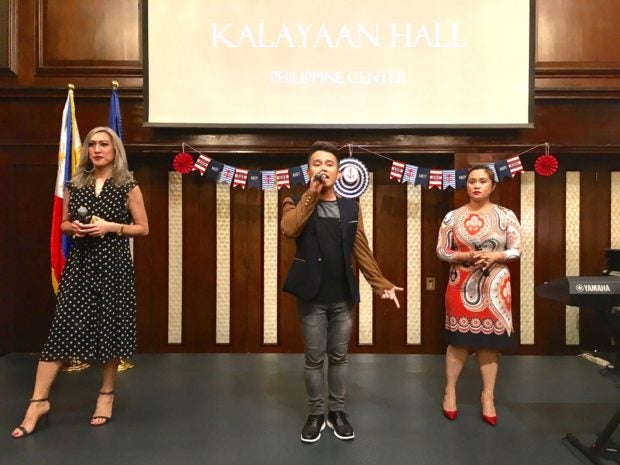 NEW YORK–In a nautical themed community “meet and greet,” the new Consul General of New York Claro Suarez Cristobal was amazed by a bevy of talented performers that welcomed him.

It is Cristobal’s third time to be posted in New York, but he never experienced a warmer welcome from various leaders of the community. He joked, “It was 105 degrees Fahrenheit!”

The lineup of talents presented at the Kalayaan Hall of Philippine Consulate General of New York on July 25thwas a taste of New York entertainment, ranging from Broadway numbers to pop music. Northeast Filipino Americans support all kinds of talent, particularly rising are those from the LGBTQ community.

One entertainer who caught the attention of the envoy was a one-man band, the YouTube sensation Bryan B. Magsayo, who entertained him with his requested Bon Jovi songs. To date, all his videos online have garnered 40 million views. Magsayo played the keyboard as he sang pieces ranging from dance hit music to rock. Magsayo’s first video went viral in 2013, now hitting more than 2.7 million views.

Magsayo originally performed in China for 15 years. He came to the United States to audition for “Survivor Band” in 2015, but he returned to China shortly thereafter. His family moved to the US, so Bryan is giving himself a second chance to make it in the music industry here. He found a global stage by performing on Facebook Live every Wednesday between 5:00 p.m.-6:00 p.m., Eastern Time.

Another talent known as the “diva” in the LGBTQ community is “Pinoy Got Talent” finalist Geo Ed Rebucas. He belted out a Whitney Houston medley, hitting every high note and winning the admiration of the audience who clamored for more.  A newcomer to the US, he quickly became
popular after his performance at the Miss Gorge competition in Queens. He was joined by entertainers Toni Gado and Rasmin Diaz.

Success comes easy for those who dare to break the rules and reinvent themselves to achieve what they really want to do. New York has a small business culture that embraces the new players — neighborhood shops and start-ups powered by community networking in all the five boroughs. 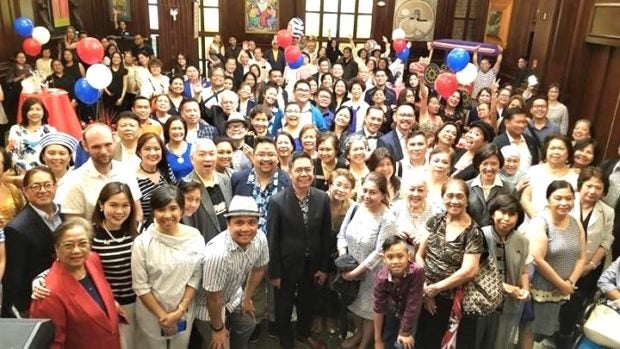 The welcome dinner was planned for the community to introduce the new envoy who will lead Philippines in the economic capital of the world. Cristobal brings to the table his familiarity with operations of emerging markets and dragon economies. He plans to use his influence at the highest executive level and “open the door” to attract foreign investors, focused mainly on infrastructure needs of the Philippines.

The current administration’s policy to “Build, build, build” development of infrastructure in the Philippines is believed to be vital to economic and market stimulation. “One of the improvements involves licensing, the need to open the eyes (of local government) to financial advisory,” Cristobal said, citing the possibility of hastening the licensing procedure in the same manner that it is done in New York.

“The Philippines is now classified as an emerging economy,” Ambassador Cristobal announced. “A 6.5 GDP (gross domestic product) growth per annum is easily achievable.” He clarified that the credit rating by Standard & Poor did not change. There are two components: the rating and the outlook. What was reduced is the outlook–from “positive” to “stable,” which only means that there is no expected growth trajectory. 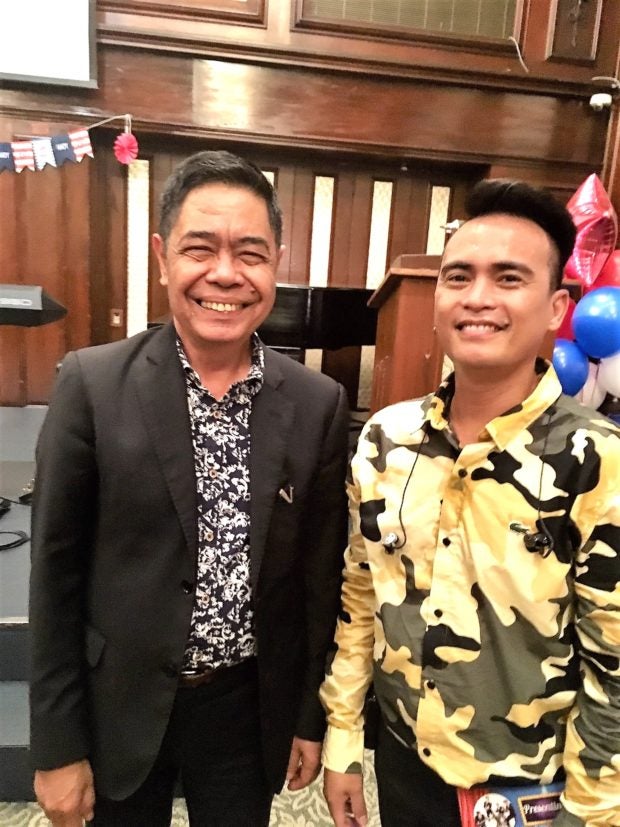 He may not directly influence these credit rating agencies into improving Philippines’ credit score, but he knows these agencies are watching business practices and developments in these countries.

Cristobal emphasized the importance of job creation vis-a-vis the impact of robotics. He noted that the old notion of BPO training their staff to remove Filipino accent is no longer the business model. The focus now is on higher technological innovation.

In what appears to be his last foreign post, as he is about five years away to retirement, Ambassador Cristobal hopes to leave a legacy. He is expected to move to the official Ambassador’s Residence in Manhattan, with his wife, Marilou, who recently retired as a nurse in New York City. Their adult sons were raised in New York and New Jersey, and are all living independently.