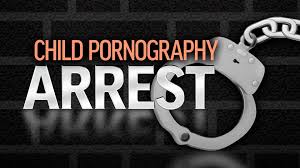 WICHITA, Kansas — A Kansas man who admitted that he traveled to the Philippines to have sex with minor girls has pleaded guilty to three counts of producing child pornography.

Prosecutors say Shultz, a helicopter pilot from Lindsborg, also admitted he videotaped sex acts with a 12-year-old and a 15-year-old and brought the videos back to Kansas.

In one of the videos, Shultz is seen giving the 15-year-old money after having sex with her.

Shultz was charged in July 2016 and pleaded guilty before U.S. District Judge Eric F. Melgren of the District of Kansas.

This case was brought as part of Project Safe Childhood, a nationwide initiative to combat the growing epidemic of child sexual exploitation and abuse launched in May 2006 by the Department of Justice.