1-year-old bitten by rattlesnake hiding in his toys 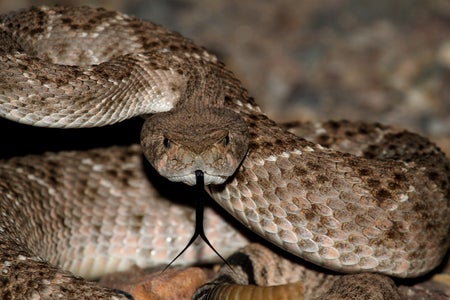 A 1-year-old boy in Abilene, Texas got bitten by a baby rattlesnake that hid among his toys.

The unnamed child was bitten on his hand, outside his home Tuesday afternoon, June 26, reports local media KTAB.

First responders said that the boy’s hand was severely swollen. The report cited that he was rushed to the hospital as a top priority.

Investigators said they did not see any neglect committed. The heat naturally drives snakes to find shelter in populated areas, according to the authorities.

Just today, June 27, a team of experts from Big Country Snake Removal shared on Facebook that the group has responded to 14 snake calls this week. The post also stated that the group wishes the boy well.

No update has been given about the boy’s condition, as of this writing. Earlier this June, another man in Texas also got bitten by a rattlesnake. But in his case, he was bitten by a snake’s severed head. Katrina Hallare/JB