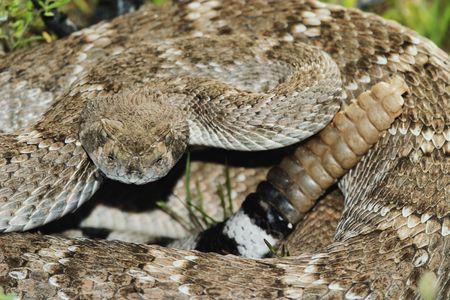 A man from Corpus Christi, Texas, luckily survived after he was poisoned by a rattlesnake, even if the reptile had already been beheaded.

Jennifer Sutcliffe said that she and her husband were doing yard work when they encountered the four-foot-long reptile on May 27. This was first reported by local media KIII-TV.

The man did not hesitate and hit the snake with his shovel. But when he bent down to dispose of it, the head bit him.

“Which in that case since there is no body, it released all its venom into him at that point, so he had a lot of venoms,” she said about the incident.

Sutcliffe immediately called 911 and rushed him to the hospital. She said he began having seizures, experienced internal bleeding and lost his vision. She could not drive him fast enough, so she entrusted her husband to an ambulance.

“A normal person who is going to get bit is going to get two to four doses of antivenom,” she said. In her husband’s case, he received a whopping 26 doses. Doctors even told her that he might not make it, despite the amount of antivenom given to him.

“There are about 6,000 to 8,000 snake bites per year in the country, and 10-12 people die,” trauma surgeon Michael Halpert was quoted in the report. He added that although dying from a snake bite is rare, it does happen.

The victim is now in stable condition, although his kidney function is still weak.  Katrina Hallare /ra