Mother distracts fake cop with a taco, saves her family 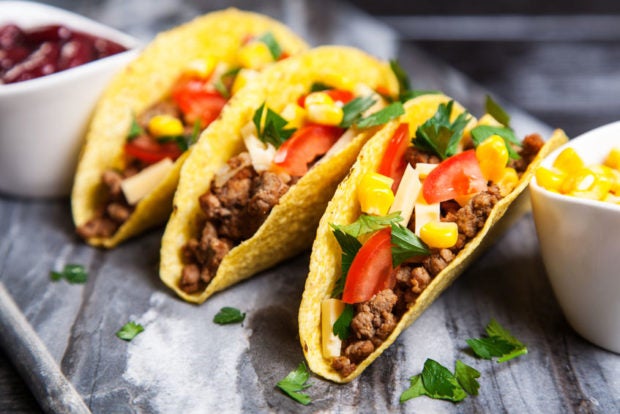 A mother from California, USA, earned praise for protecting her family by offering a fake cop a taco snack.

The “momma bear” and her husband, together with their four children, had just come back from a day at a water park on June 10. While the family of six stopped at 13400 Block of Valley Boulevard in the area of Industry to get some tacos from a food truck, a man approached them at 6:34 p.m., according to a Los Angeles County Sheriffs Department report.

The man, identified as 38-year-old Juan Rodriguez, flashed the family a concealed gun on his waist band and a badge. He identified himself as an undercover cop at the time.

The mother didn’t believe the man and proceeded to quietly form a plan. She offered Rodriguez a taco and pretended to get some napkins from the food truck. As she walked away, Rodriguez started to ransack her purse.

Upon reaching the food truck, the mother discreetly told the customers in line not to look back at her family as she asked them to call 911. The mother quickly explained how her family was being intimidated. The truck man quickly dialed 911.

Deputies arrived within minutes of the call and found Rodriguez beside the family’s van. Rodriguez threw his gun into the van and tried to get in after seeing patrol cars getting closer. The deputies quickly detained Rodriguez and recovered the gun before anything else could happen. No one was harmed during the incident.

Authorities charged Rodriguez with several felonies including child endangerment and impersonating a peace officer, in addition to outstanding warrants.  /ra