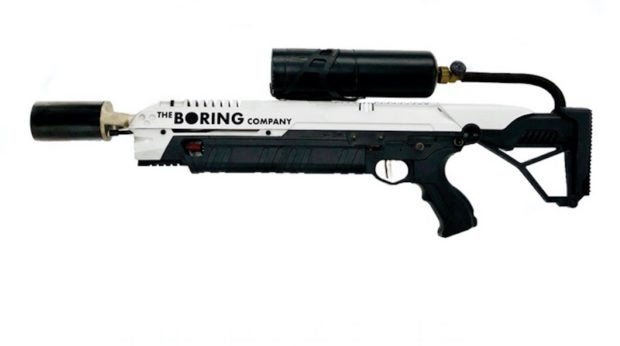 Elon Musk’s Boring “not a” Flamethrower will soon arrive at their Californian owners after hitting a speed bump in the legal department.

California lawmaker and assemblyman Miguel Santiago previously filed the bill AB-1949 to limit the sale of Musk’s flamethrowers in California. Santiago referred to the tools as “incredibly insensitive, dangerous, and most definitely not funny,” in light of the worst wildfires to date which California recently experienced, reports the San Francisco Chronicle.

The Firearms Policy Coalition said AB-1949 criminalized nonviolent behavior. They also added that the bill “should be torched.”

After some modifications, the bill AB-1949 eventually made it to the Assembly Appropriations Committee on May 25. Unfortunately for Santiago, the bill became a victim of the “suspense file” process where legislative leaders effectively killed off bills that may become an embarrassing vote for the ruling party.

On May 26, Musk tweeted that he would hold flamethrower pickup parties before shipping out the orders. Back in January, a potential buyer voiced out concern that ordering a Boring “not a” Flamethrower would be illegal. Musk assured him the flamethrowers were legit because they only spewed out a flame less than ten feet long for safety and fun.

California law defined flamethrowers as “any non-stationary and transportable device designed or intended to emit or propel a burning stream of combustible or flammable liquid a distance of at least 10 feet.” Since Musk’s devices emit flames at less than ten feet, the Boring Flamethrower is technically not a flamethrower. 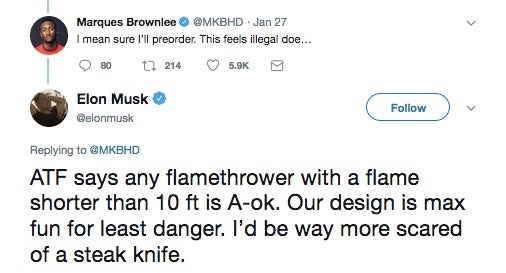 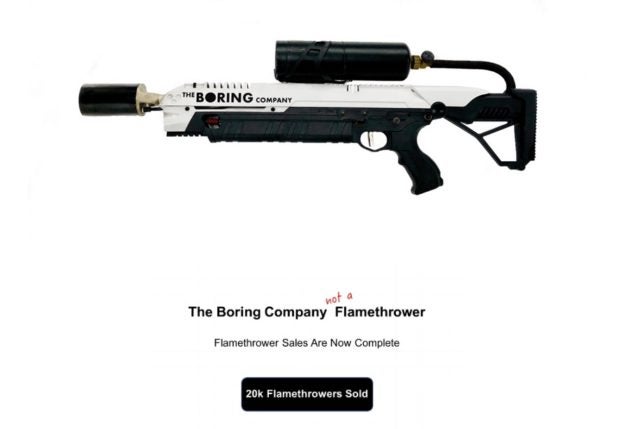