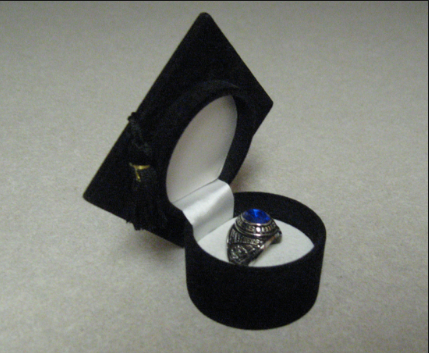 WORCESTER, Massachusetts — A Massachusetts man using a metal detector has found another man’s class ring more than 60 years after he gave it to a high school sweetheart.

Doray say he found the ring in March while using his metal detector in Leicester. He called Cushing Academy with hopes of finding the ring’s owner, and they linked him to Michaud.

Michaud graduated from the school in 1954, and the ring was engraved with his initials. He says he gave the ring away when he was 19, figuring the girl later “threw it out the window.”

Michaud says he is delighted to have his ring back, although he’s “terrible with rings.” MKH