The alternative universe of Donald Trump 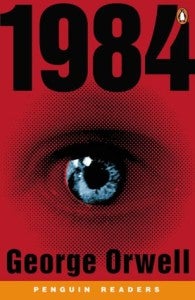 NEW YORK CITY — If Donald Trump’s first ten days in office is a portent of things to come, woe unto us. His four years will expose us (and by “us” I don’t just mean the residents of the United States but of the planet as well) to an alternative universe, whose sun he is.

Perhaps we should think of him as a reincarnation of the Sun King, Louis XIV, the 18th-century French monarch who believed in the divine right of kings and thus in absolute power. Then again to view the Donald as the second coming of Louis XIV, is misleading and could cause that royal figure to turn over in his grave.

For one thing, the monarch loved the arts, under whose reign Molière and Racine flourished. No chance of the Donald being an inspiration to artists—except as an object of satire. On the other hand, Wikipedia does say that the French king was “impelled ‘by a mix of commerce, revenge, and pique,’” that he “sensed that warfare was the ideal way to enhance his glory.”

That is a perfect summary of what we have seen of the Donald, not just these first days of his rule (reign?) but from the start of his campaign, one indeed motivated by “commerce, revenge, and pique.”

Commerce: Has he divested himself fully from his businesses, as he is required to do, to prevent the many conflicts of interest sure to arise? Nope. He is all about, and perhaps only about, his brand, whether this be on hotels and condominiums or a reality show.

Revenge: Against everyone he feels has slighted him, vide his ad hominem attacks on his rival Republican candidates for the GOP nomination, his mocking of a New York Times reporter for his disability … the list goes on and on.

Pique: Or as Filipinos put it: he is super pikon. He can’t get over the fact that he lost the popular vote and so claims voter fraud by the millions, even though there are absolutely no indications of this, whatever study one examines. Zilch.

Nor that the size of the crowd attending his inauguration was significantly smaller than Barack Obama’s in 2009. Apparently he ordered a photo hung in the White House press hall that seemed to support his claim. But the date on the photo indicates that it was taken on January 21st, the day after the inauguration, and that the vast throngs pictured were participants in the historic Women’s March directed against him. A clear case of being hoist by his own petard!

To these three characteristics, let us add one more:

Mendacity: Right off the bat, as just mentioned, this White House lied about the crowds attending the inauguration, and about alleged voter fraud. Lies were a hallmark of his virulent campaign, from his insistence for the longest time that Obama was not born in the United States to implying that Senator Ted Cruz’s father was somehow involved in the assassination of JFK to the hallucinatory claim that millions of Muslims in Brooklyn were celebrating on the very day that the Twin Towers collapsed. And he has not released his tax returns, despite his pledge that he would so after the elections.

By now, none of this is surprising, given the president’s predilection for untruths even in the face of clearly demonstrable facts. The man must lie to himself even in his dreams.

How then to trust such a man, especially when he believes in “alternative facts”? The term was used by Kellyanne Conway, Trump’s counselor, to counteract those put forth by the media regarding different aspects of the inauguration, from the size of the crowds, to the weather.

What is an alternative fact?

It is when a man gets beaten up and winds up with bruises on his face, then brags that he hit someone’s fists with his face.

It is another term for spin, as when the Donald claimed that the rain on January 20 “stopped immediately and then became sunny” as soon as he started his speech. And at the end? “I walked off, and it poured after I left. It poured.” The fact is, it started to rain about the same time he began his speech, and continued even after he finished.

But the most fitting term for this kind of bizarre manipulation of reality can be found in that classic novel on the perils of totalitarianism, George Orwell’s 1984, written in 1949: “Newspeak.” The official language of Oceania, Newspeak is employed to severely restrict freedom of speech and thought, virtually anything that might possibly undermine the rule of Big Brother.

Today we have Big Brother redux. Such an apt term, especially for all those little brown brothers who voted for him. Now they can truly say they have a big brother, a kuya, a sahib, one who in no form or shape or taste or culture resembles them.