Four-time Grand Slam champion Naomi Osaka said on Wednesday that she is expecting her first child, days after withdrawing from the Australian Open.

The 25-year-old said this week that she was pulling out of the year’s first Grand Slam after not competing on the WTA Tour since the Pan Pacific Open in September.

“Can’t wait to get back on the court, but here’s a little life update for 2023,” the former world number one, who represents Japan, said in a Twitter post, accompanied by a photo of a sonogram image. 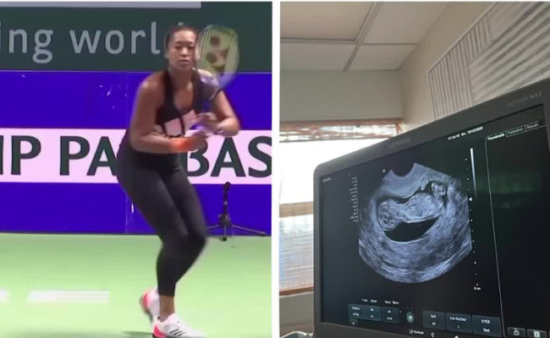 Four times Grand Slam champion Naomi Osaka said on Wednesday (January 11) that she is expecting her first child, days after withdrawing from the Australian Open.

“I know that I have so much to look forward to in the future, one thing I’m looking forward to is for my kid to watch one of my matches and tell someone, ‘that’s my mom.'”

The announcement landed amid speculation that Osaka, who is one of the highest-earning women athletes, according to Forbes, may have been scaling back on her professional playing career after she initially declined to elaborate on her withdrawal from the Melbourne Grand Slam, where she has won the title twice.

But she said on Wednesday that she would return to competition and expected to be at the Australian Open in 2024.

“2023 will be a year that’ll be full of lessons for me, and I hope I’ll see you guys at the start of the next one,” said Osaka, who has also won the U.S. Open twice.