Top 10 Highest-Paid Athletes in the World 2022 I Sports

If you are on the path to raising sports champions or taking on that gut-wrenching path yourself, stay motivated and keep playing the game because you are in for a well-rewarded career.

This blog post is the most up-to-date and lists the world’s biggest earners while playing their favorite sport in the past 12 months. The world’s highest-paid athletes smashed the previous year’s record earnings and thrived amid the coronavirus pandemic restrictions.

According to Forbes, this year’s highest-paid athletes is a toss between soccer and basketball players, whose A-games have attracted on-court earnings and endorsements reaching over $500 million in 2022. The COVID-19 pandemic has cut back some of these stars’ salaries by decreasing in-person tournaments. According to the Forbes tracking window, these losses barely made a dent because endorsements came pouring in. 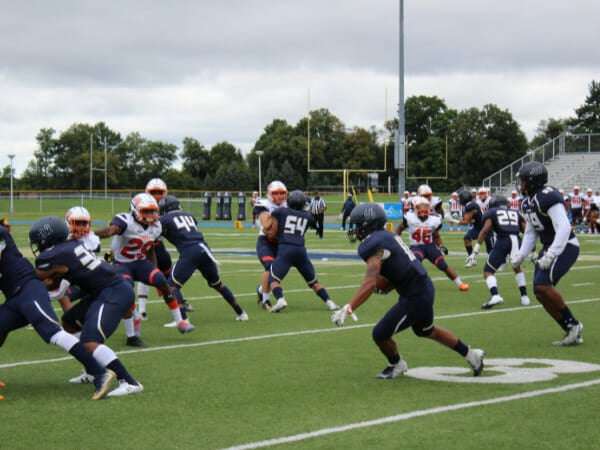 After five years, North America has held the highest number of high net-worth individuals (HNWI) with the most wealth accumulated in the past year. North America has finally overtaken the Asia-Pacific region, data from Capgemini.com indicated.

According to Inquirer USA’s research, most of the world’s highest-paid athletes reside in the continental U.S. The country’s varying seasons support summer and winter sports, and the availability of sports training academies has paid off over the years.

In 2022, there will be 35 Americans recording six-digit salaries, according to the Forbes List of the Top 50 Highest-Paid Athletes. 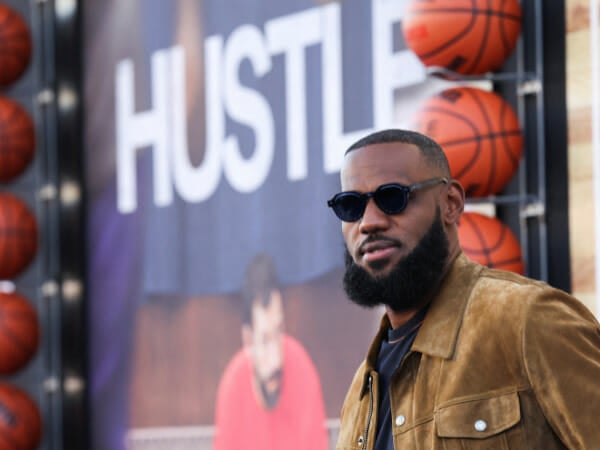 Initially born in Akron, Ohio, Lebron James, who can easily be considered the best player in the NBA, has moved to Los Angeles as he plays with the Lakers. He recorded an estimated $1.2 billion in combined on and off-court earnings, beating Michael Jordan’s record while still actively playing. Over the years, James has proven that he’s also a savvy entrepreneur. The four-time NBA MVP spearheads advocacy to be “More than Just Athletes” with his best friend, Maverick Carter, who also co-manages his businesses. James is into several other partnership deals with businesses like Crypto.com, Tonal, StatusPRO, and Nike. Leaving Barcelona for PSG was a heartbreaking move for many fans of the soccer player Lionel Messi. These fans had been following his career way back when he was 17. Messi signed with PSG and earned less than $130 million from his PSG deal and endorsement deals with Adidas, MasterCard, Pepsi, Gatorade, Huawei, Ooredoo, and Hawkers.

Cristiano Ronaldo of Portugal is the third highest-paid athlete in the world. He suffered a pay cut with his transfer to Manchester United but still managed to earn $115 million in estimated salary and sponsorships. His 690 million followers on social media allowed him to command better deals with his sponsors, Clear Shampoo, Herbalife, and Nike. His business investment in Tatel, a Spanish restaurant, has expanded to Madrid, Beverly Hills, and Ibiza. 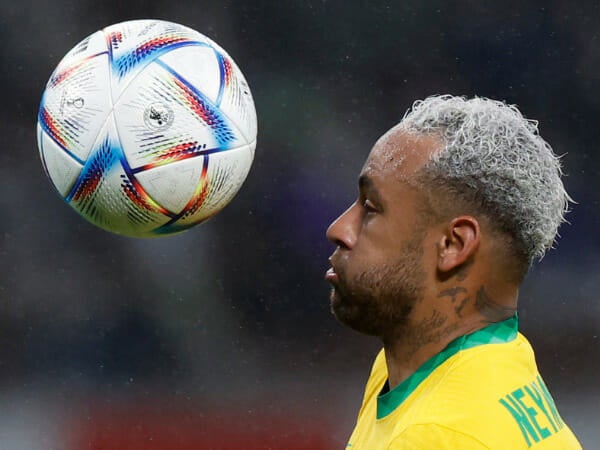 This Brazilian player’s recent game allowed him to reach his 400th goal, and he might be playing his final season at the World Cup Finals in Qatar this Fall. He signed two valuable deals with Puma and Red Bull. And starred in a Netflix docu-series about his life. He invested over a million dollars in the Bored Ape Yacht Club NFTs in a single day early this year. 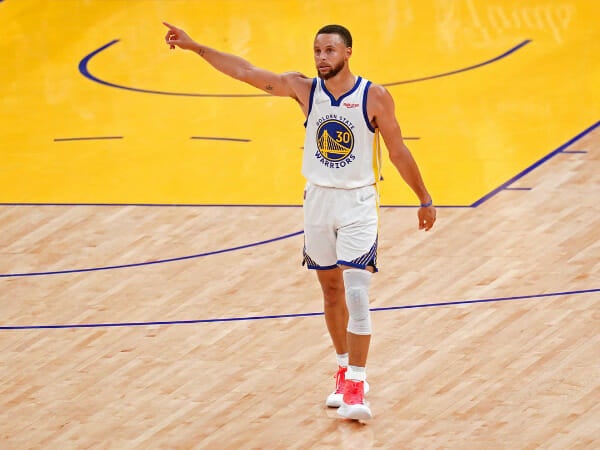 As an American professional basketball player, Curry has led his team in three championships and marked an estimated $92.8 million in total earnings. In terms of salary, he has scored a lucrative four-year extension of playing for the Golden State Warriors that comes with a $215-million paycheck. He has taken the intelligent route like James because of his FTX endorsement that comes with equity. His NFT investments went deeper and can be accessed via three Metaverse platforms.

Kevin Durant has scored $92.1 million in estimated earnings as a two-time NBA MVP. His Nike endorsement earns him $28 million-plus in his other deals with the NBA Top Shot, Weedmaps, and Coinbase. He has his investments in OpenSea, and his digital fitness startup, Future.

Federer carved $90.7 million in earnings, not from his game but from his off-field gains in the past year. Flagged down by injuries, Federer focused on endorsements with Rolex and Uniqlo. He invested in the shoe business ON, which raked $600 million when it went public in September 2021.

With $90 million in total estimated earnings, the Mexican boxer has earned over $40 million from his pay-per-view victories in May and November 2021. He has a partnership with Hennesy. He has his own taco restaurant business in Mexico, which he plans to expand to California. 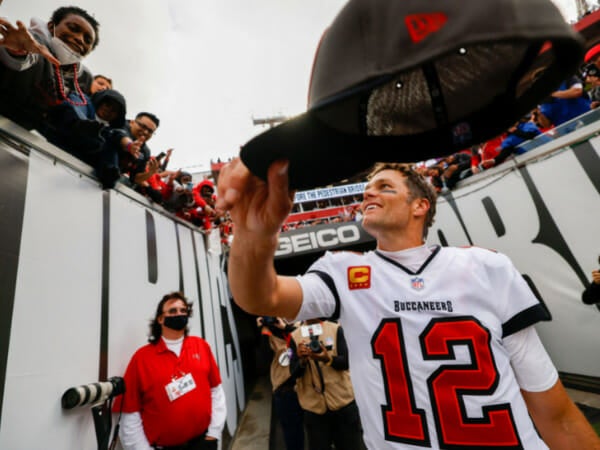 Tom is one of the highest-paid athletes in American football. His on-field earnings were $31.9 million, while his off-field earnings were $52 million, making it $83.9 million. He started the NFT platform, Autograph, and the production company, Religion of Sports. He’s the only quarterback to win a Super Bowl in three decades. He defied age limits and, at 43, got awarded the NFL MVP. He recently closed a deal with Fox News for $375 million. 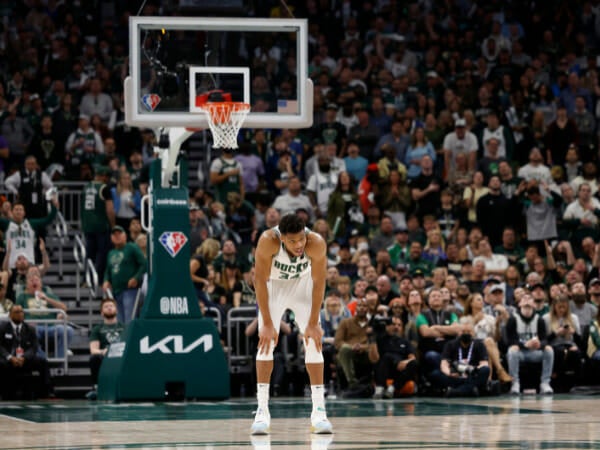 Milwaukee, Wisconsin, USA; Milwaukee Bucks forward Giannis Antetokounmpo (34) rests between plays during the fourth quarter against the Boston Celtics during game three of the second round for the 2022 NBA playoffs at Fiserv Forum. Mandatory Credit: Jeff Hanisch-USA TODAY Sports

At 27, Giannis is one of the youngest and highest-paid athletes this year. The Nigerian-Greek motivates young athletes of color who doubt if they can be significant as discrimination persists. His five-year deal with the Milwaukee Bucks is worth $228 million. His investment income allowed him to start Watchbox, a timepiece resale platform business. He has a licensing deal with NFTSTAR and endorsements with Google pixel 6 and Whatsapp.

Industry insiders have revealed how the salaries and endorsements of the world’s highest-paid athletes in 2022 had reached $2.97 billion in total earnings before taxes and agents’ fees over the past year ending May 1. In addition, the $65.4 million cutoffs in 2019 had been beaten, and $75 million was the new salary cutoff for the top 10. 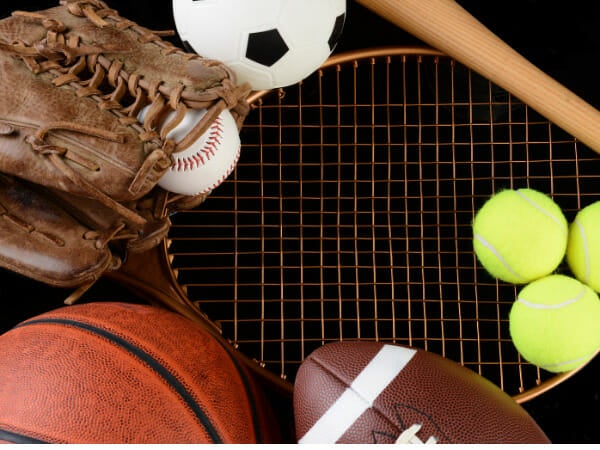 This year’s top 3 highest-paid athletes have met the criteria of the $100-million club, which means their total salary on the court, endorsements, and appearance fees have breached the $100-million mark in just 12 months, according to Forbes. They join Tiger Woods, Roger Federer, Floyd Mayweather, Neymar, Conor McGregor, Dak Prescott, and Manny Pacquiao.

Lionel Messi and Cristiano Ronaldo had taken turns for the Ballon d’Or as the world’s best players. Nonetheless, their women counterparts have not been fully recognized in this aspect. The FC Barcelona Women’s soccer team recently won the La Liga and the Copa de la Reina for the 9th year, and yet not one of them is part of the wealthy list of athletes from all over the world.

Apart from the weekly salary of athletes, they get specified prize money when they win competitions like the Champions League, Premiers League, or World Cup. The prize money received depends on the league, club, and position. At the end of it all, it is not just the buck earned that matters.

The highest-paid athletes, Lebron James, Stephen Curry, Kevin Durant, and Tom Brady, have all managed to look and give back to the communities they came from with various educational and sports programs that will nurture present and future generations.

Asked about the hefty salaries of NBA players these days, Lebron James summarizes it all: “Nothing is given. Everything is earned.” What are the Top Wealth Generating Sports?

Forbes.com’s yearly report of the Top 50 Highest Paid Athletes by Sport said America’s basketball generated 18 of the highest-paid NBA players in the past year. Following the track made by best players Michael Jordan for the Chicago Bulls and Hakeem Olajuwon of the Houston Rockets during their championship years. Jordan’s NBA performance started his endorsements for Nike. The NBA has bred not only athletes but outstanding citizens like the late Kobe Bryant.

Not far behind is American football, whose teams like the Green Bay Packers have some of the biggest paychecks. Dallas Cowboys quarterback Dak Prescott recorded $107.5 million in total earnings in 2021. While football linebacker T.J. Watt of the Pittsburgh Steelers had $37. Six million in total earnings beating 2021’s $34-million cutoff to qualify in Forbes Top 50 highest-paid athletes.

European soccer came in third as it remains the top sport in the continent, with 5 billion fans extending to Latin America, the Middle East, Africa, Asia, and the U.S. Three of the wealthiest athletes in the world are soccer players: Neymar, Lionel Messi, and Cristiano Ronaldo.

These individual sports have also made outstanding feats of their high earning potential and character-building traits. Golfers Jack Nicklaus and Tiger Woods. In 2021, tennis player Naomi Osaka earned $55 million from endorsements alone. In addition, boxers Sugar Ray Leonard and Joe Fraser have shown remarkable sportsmanship in their game, conquered defeats and injuries in recent years, and still conquered the crown.

The British formula one racer, Lewis Hamilton, has made a name for himself by winning six tournaments in a year and earned $620 million in 2007. For baseball, New York Mets player Max Scherzer’s salary is $43 million for 2021.