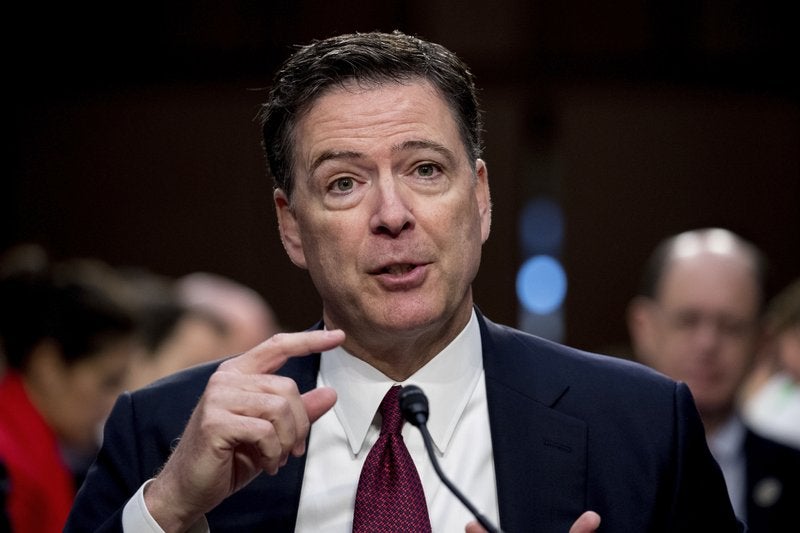 Rudy Giuliani, Trump’s new attorney, said in an interview on Fox News that Trump fired Comey last year “because Comey would not, among other things, say that he wasn’t a target” of the special counsel’s Russia investigation. The explanation foreshadows a likely defense to the May 2017 dismissal, but it was at least the third offered by Trump and his advisers.

It also comes as the president’s legal team is debating whether to allow Trump to be interviewed by special counsel Robert Mueller’s team. Mueller has shown an interest in questioning Trump about his motivation for firing Comey as his investigators probe possible obstruction of justice.

Giuliani said Trump fired Comey “because Comey would not, among other things, say that he wasn’t a target” of the special counsel’s Russia investigation.

In announcing the firing, the White House initially cited the FBI director’s handling of the probe into Democratic rival Hillary Clinton’s emails. He later told NBC’s Lester Holt that he was thinking of “this Russia thing.”

On Fox News Wednesday night, Giuliani said Trump did the Lester Holt interview “to explain to the American people the president was not the target of the investigation.”

Comey has acknowledged that he told Trump on multiple occasions that he was not personally under investigation. Yet when asked that same question by Congress at a public hearing last year, he declined to provide the same reassurance.

In an interview with The Associated Press on Tuesday, Comey said it was possible that he could have handled that interaction differently. But he said that he viewed telling the president that he was not under investigation as a way to take down the “temperature” of a tense January 2017 meeting at Trump Tower.