Dureza: Extremists incubating all over Mindanao; 75% of NPAs are lumads

Dureza: Extremists incubating all over Mindanao; 75% of NPAs are lumads 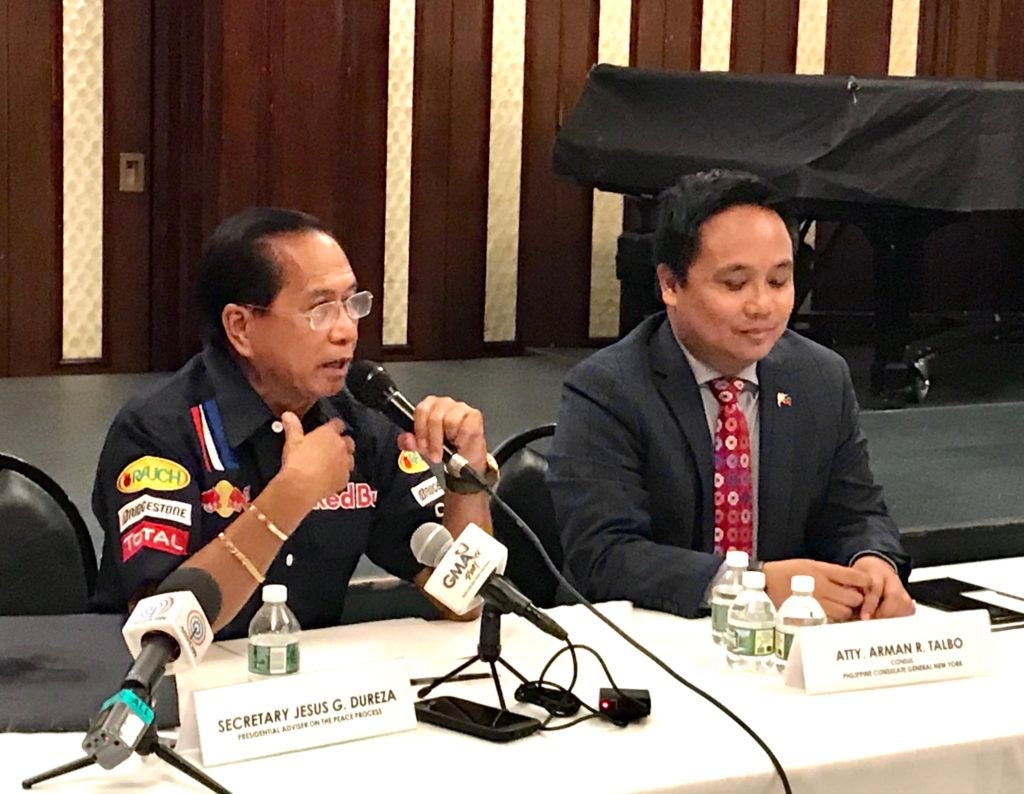 NEW YORK—Philippine presidential peace adviser Jesus Dureza reported at a community forum here that Marawi is not the only breeding ground of ISIS rebels in the country, and this is why martial law is beneficial to Mindanao despite the end nearly six months ago of the bloody five-month-long fighting in that city.

“There is still a possibility na magkaroon ng problema[renewal of conflict],” the secretary told this reporter at the Philippine Consulate-sponsored forum Wednesday night on the peace process.

“Dahil hindi lang sa Marawi nag-incubate ‘yungviolent extremists [Because it’s not only in Marawi that violent extremists are incubating], they are all over. If you do not do proactive prevention, we can have another Marawi [crisis] again and we don’t want that to happen.”

Dureza was in town to deliver a peace situationer at the United Nations General Assembly. At the Fil-Am community forum, he assured the audience that while the military exercises full authority during martial law in Mindanao, “this is not the usual martial law that we used to have during [former President Ferdinand] Marcos’ time.”

“If you ask Mindanaoans if they are happy with martial law, yes, they are. You ask those who are not from Mindanao, they are a little doubtful,” Dureza said. “You have to come from the area to know the situation, to be able to understand it… Even under martial law, the soldiers cannot violate their rights, cannot just suspend their rights.”

But Marawi residents still can’t move freely in their hometown because the city is still considered ground zero, and they are unhappy about it, he reported.

“We’re rebuilding structures there, but they don’t find it very significant,” Dureza said. They’d like to go back to their old lives; their children want to go back to school pero hindi madali[but it’s not easy] and there is still danger of threats.”

It is not known to many, but the Maranaos never thought they would become victims of violent extremists. According to Dureza, they were surprised to learn that many were members of their own clans. They also knew about firearms being stocked up, but when evacuees were asked why they didn’t speak up about it, their reply: “Sir, akala namin, kapwa Muslim hindi kami bibiktimahin[we thought they would spare us because we are Muslims too].”

“Iba kasi ang concept ngviolent extremists ngayon[Violent extremists of today are different],” Dureza told INQUIRER.net. “When nag-incubate sila sa[they incubated in] Marawi, we felt that it’s very important to deal with why are there extremists there.”

In his opening statement at the community forum, Dureza emphasized that the signing of a peace agreement is just the start of a very long process.

“When a president tells a panel to go negotiate, do not forget it is only the executive department that commits. We have three independent branches of the government. The judicial can strike down any agreement to the Supreme Court or Congress will not pass a law… Agreements that are signed are not the end game—it’s the beginning of more challenges for us,” the longtime peace advocate told the audience, citing continuing problems with the 1996 peace agreement signed with Nur Misuari, which are expected to be resolved with the passage of the Bangsamoro Basic Law.

The work for peace must be inclusive, even though certain parties such as the Cordillera People’s Liberation Army in Luzon or the Alex Boncayao Brigade in the Visayas cease to be threats, because if they are neglected, “then they will create more incidents of unpeace to the country,” according to Dureza.

Indigenous peoples or the lumadscontinue to bear the brunt of conflicts, with 75% of armed NPAs now consisting of lumads, the presidential peace adviser alleged.

He also cited the lack of economic opportunities in the Autonomous Region for Muslim Mindanao, which is the poorest area in the country, as the root of unrest that reared its head in the Marawi conflict.

“The search for peace should be a work for everyone especially those people in the ground dahil ang[because the] environment to enable peace cannot be dictated by somebody from the outside. It must be worked out by the people in the localities,” he added.

Asked to comment on how influential his voice of reason is to the Filipino president, Dureza replied: “The president is the boss! Manage your expectations. He calls the shots and we perform accordingly.” 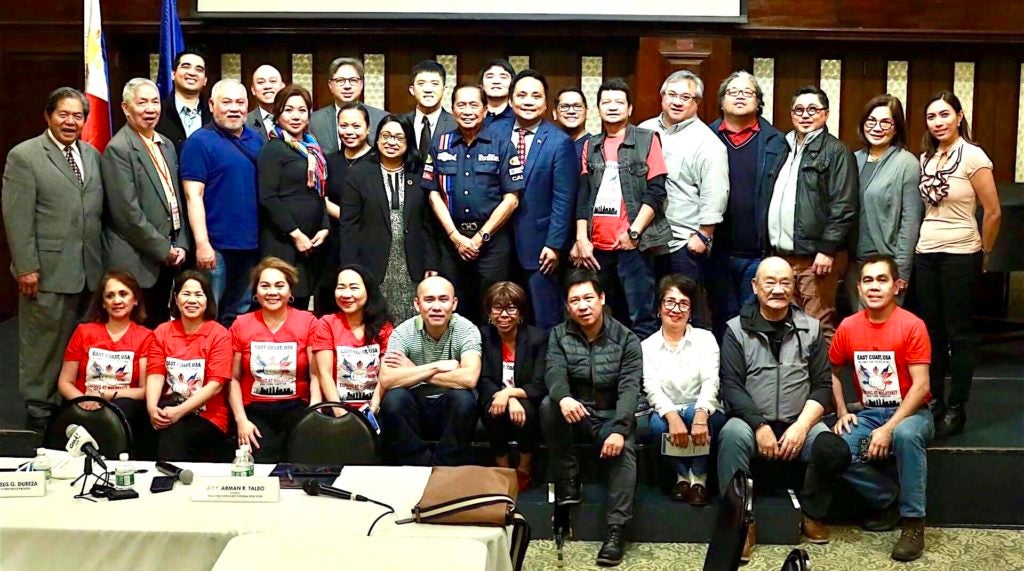 “I don’t know if this is known by the public, but I will disclose it here, it is his governance style that he doesn’t even instruct members of the Cabinet to do this or to do that. Unlike other presidents I know, before he leaves you, he trusts in you and he believes that you can perform it the way you should.

“Sa peace process lang namin[In the peace process], we continue doing what we are supposed to do. [He gives] just a guidance, go ahead, already resume, and we take care of the details. Bago lang kami magka-pirmahan ng agreement we just have to send himmuna the draftpara makita niya andmagsabi siya OK and go. When an agreement is due to be signed, we send him the draft for approval and he has not rejected or revised any document. He does not micromanage. He’s a very strategic leader and when he appoints you into a position, he trusts that you will do it properly. If you deviate, that’s something else and he makes that call also, which he did in many ways already.”

At the end of the forum, Dureza called on all the attendees to become “ambassadors of peace” for the Philippines.

“You do not need to do anything, just be peaceful to yourself so that you can radiate this to other people around you,” he said.