US Supreme Court sympathizes toward designer with anti-gay marriage

Conservative U.S. Supreme Court justices signaled sympathy on Monday toward an evangelical Christian web designer whose business refuses to provide services for same-sex marriages in a major case pitting LGBT rights against a claim that freedom of speech exempts artists from anti-discrimination laws.

The justices were hearing spirited arguments in Denver-area business owner Lorie Smith’s appeal seeking an exemption from a Colorado law that bars discrimination based on sexual orientation and other factors. Lower courts ruled in favor of Colorado.

Smith, who runs a web design business called 303 Creative, contends that Colorado’s Anti-Discrimination Act violates the right of artists – including web designers – to free speech under the U.S. Constitution’s First Amendment by forcing them to express messages through their work that they oppose.

Smith, 38, said she believes marriage should be limited to opposite-sex couples, a view many conservative Christians share. She preemptively sued Colorado’s civil rights commission and other state officials in 2016 because she feared she would be punished for refusing to serve gay weddings. 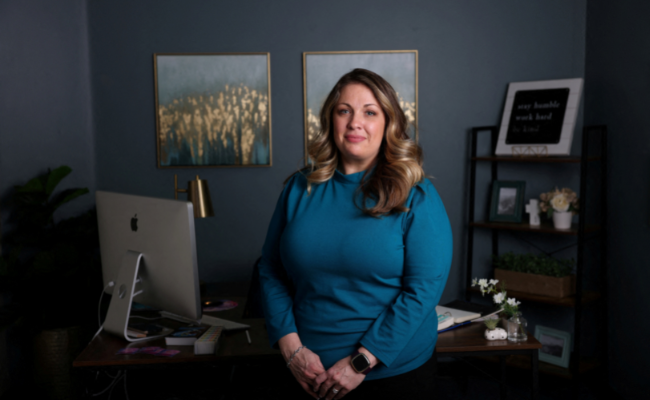 Web designer Lorie Smith, plaintiff in a Supreme Court case who objects to same-sex marriage, poses for a portrait at her office in Littleton, Colorado, U.S., November 28, 2022. REUTERS/Kevin Mohatt

While the conservative justices supported Smith’s stance, the liberal justices leaned toward Colorado’s arguments. The court has a 6-3 conservative majority. Conservative Justice Samuel Alito asked about an instance where someone offered customizable speeches or wedding vows.

“Can they be forced to write vows or speeches that espouse things they loath?” Alito asked. The liberal justices posed tough questions to Kristen Waggoner, the lawyer representing Smith.

Justice Sonia Sotomayor said a ruling in favor of Smith could open the door to allow a business like Smith’s to decline to provide services if they objected to interracial marriages or disabled people getting married.

“Where’s the line?” Sotomayor asked. Sotomayor said a ruling favoring Smith would be the first time in the Supreme Court’s history that it allowed a business open to the general public to “refuse to serve a customer based on race, sex, religion or sexual orientation.”

Colorado Solicitor General Eric Olson said Smith’s arguments would not just let a business owner decline to provide services because of a sincerely held religious belief but also due to “all sorts of racist, sexist and bigoted views.” Olson said the state’s public accommodation law targets the conduct of discriminatory sales by businesses like Smith’s.

Colorado’s law bars businesses open to the public from denying goods or services to people because of race, gender, sexual orientation, religion, and certain other characteristics and from displaying a notice to that effect. 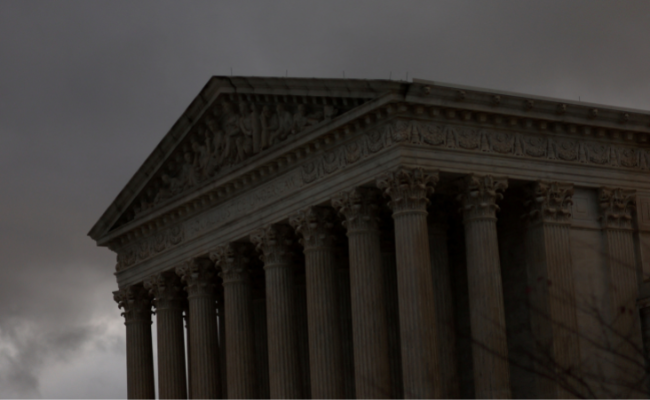 The sun sets on the U.S. Supreme Court building after a stormy day in Washington, U.S., November 11, 2022. REUTERS/Leah Millis

Conservative Justice Clarence Thomas pressed Olsen on the historical precedent for allowing speech to be directly or indirectly regulated by public accommodation laws, saying, “this is not a hotel, this is not a restaurant, this is not a riverboat or train.”

Waggoner depicted the case as a fight against government-compelled speech, describing her client as an artist creating a custom creation rather than merely a service. Waggoner said Colorado law forces Smith “to create speech, not simply sell it.”

Waggoner said that Smith “believes opposite-sex marriage honors scripture and same-sex marriage contradicts it. If the government can label this speech equivalent, it can do so for any religious or political speech. Under Colorado’s theory, jurisdictions could force a Democrat publicist to write a Republican’s press release.”

The Supreme Court has recently become increasingly supportive of religious rights and related free speech claims, even as it has backed LGBT rights in other cases. The court legalized gay marriage nationwide in a landmark 2015 decision and 2020, expanded protections for LGBT workers under federal law.

Liberal Justice Elena Kagan questioned why a website designer who provided a heterosexual couple a standard wedding website with names, dates, pictures, and hotel information could decline to provide the exact same site to a gay couple.

“If I understand you, you’re saying, ‘Yes, she can refuse,’ because there’s ideology just in the fact that it’s Mike and Harry, and there’s a picture of these two guys together,” Kagan said.

The case follows the Supreme Court’s narrow 2018 ruling in favor of Jack Phillips, a Christian Denver-area baker who refused on religious grounds to make a wedding cake for a gay couple. The court, in that case, stopped short of carving out a free speech exemption to anti-discrimination laws. Like Phillips, Smith is represented by attorneys from the Alliance Defending Freedom, a conservative religious rights group.

Conservative Justice Amy Coney Barrett said Waggoner was on her “strongest ground when you’re talking about her sitting down and designing and coming up with the graphics to customize them for the couple.”

Barrett questioned whether the First Amendment would still protect Smith if she wanted to decline to provide a “plug-and-play” website to a gay couple that an opposite-sex couple could buy. A ruling is expected by the end of June.