Who Was I In My Past Life? | How to Find Out

How to Find Out Who You Were In Your Past Life

The common question among a lot of people is understanding why they act the way they do. Are a person’s emotions, actions, and thoughts all products of this current life, or is there more to it?

A well-crafted phrase, “Old soul,” slipped back into the modern lexicon. This refers to an unexplainable phenomenon of younger folks or children feeling things of older times; it could be music taste, favorite cuisine, or even taste of antiquity.

In this article, we will explore the concept of “Reincarnation” and how it affects our emotions, choices, and preferences. 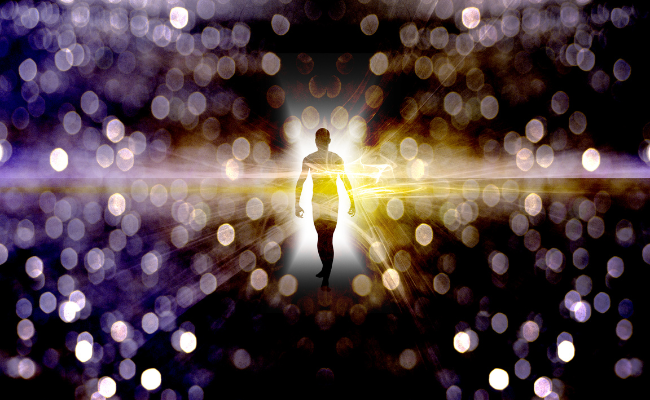 In further parts of this article, we will explore how to know who you were in a previous life, but before that, let’s talk a little about the foundations of reincarnation. The entire concept and belief of reincarnation as an offshoot of life after death originated from ancient India. It remains the bedrock of most eastern religions like; Hinduism, Buddhism, and Jainism.

Gaia Chinniah, a psychic medium and soul progression healer, explained that reincarnation ties in with the cycle of Samara. “Samara means your soul continues to take up new bodies until you reach Moksha,” she said, “Moksha, which in other words, is the enlightenment you get to at the end of your cycle of reincarnation.”

Jim B. Tucker, M.D., a child psychiatrist, and past-life researcher, also said, “Reincarnation leaves an entity of consciousness from one life to another, which in religion is known as soul, and we all have one.”

Why you should know who you were in a past life

According to Gaia, getting a glimpse of who you were in previous lifetimes is necessary. Many of the problems you might be currently going through might be residues from your previous life, and knowing who you were might be a vital tool for correction.

She says, “we keep coming back until we stop repeating certain actions, and then we reach Moksha and never come back.”

A past-life expert Ann Barham, LMFT, also narrated certain encounters with a client who came to her with certain problems. She said, “find out what has to be carried forward into your present life, process and let it go so you can be set free.”

How to find out who you were in your past life Ever wondered who you were in a past life? Here’s how to find out with just a few simple steps.

Work with a professional psychic

Sometimes it is best to take the quickest and surest path, and that is seeing a psychic. A professional Psychic medium should be trained and experienced to take you through the process of knowing about your life.

According to Gaia, connecting to one’s previous lifetime isn’t a casual chore and can only be done by past-life regression experts.

It takes a person with a high sense of intuitiveness like herself to be able to get in touch with a previous lifetime.

It’s understandable if you don’t want to go through this journey with a stranger, so there are other methods to achieve this.

A few guided meditations are sure to lead you into a state of complete receptivity. Guided mediation has been proven to get the job done for many years, but Gaia explained that this method might be time-consuming.

She further explained that this method requires diligence and commitment before you can get results.

Reflect on the things you’ve always been attracted to

One of the easy ways to identify who you were in previous lifetimes is by taking note of the things you’ve always been drawn to.

Many people share stories of how they are geared to certain things but need help explaining where the attraction developed. This is a clear sign of what you were into in your previous life.

For example, you have always loved cello sounds, even if you’ve never played or had anyone close to you play. Pay attention to these attractions; they are keys to unlocking your previous life.

Reflect on fears and triggers On the other hand, you should also take note of things that easily put you off for no identifiable reason. Things like allergies and triggers may be relevant. Even patterns from past toxic relationships can all be an offshoot of your previous life. Thus, they can be clues to unlocking the past.

“Have you noticed how everyone you’ve dated seems to have a similar problem? This might not just be a coincidence,” Gaia said.

Pay attention to your dreams.

Barham also explained that another major tell of previous lifetimes is dreams. Dreams tend to reoccur in places you’ve never been to and people you’ve never seen, but these dreams seem surreal.

These dreams are so vivid that even when you wake up, you can see that it wasn’t a dream. Take notes of these dreams and try to interpret them.

Barham also said you can try to request details from a previous life that is affecting you now before going to bed. She shared testimonies of clients who did this before going to bed and how they got a chunk of information downloaded in their dreams.

What to do once you find out

Once you’ve successfully learned enough about your previous life, you must reflect on this information. Draw a connection between this information and what you’re struggling with now, and see where they connect.

The answers to most of your struggles can be solved by solving those from a previous time.

No one can tell what information you would find out about yourself, and you could have been very wealthy or very poor; this shouldn’t bother you. You’re looking for patterns you need to break, so don’t let the past fuel your ego.

Barham also explained getting information from previous lifetimes could help expound your purpose on the earth. It helps explain what you’re meant to do on the earth and also who you should build a connection with.

Once you can identify the patterns in your relationships, career, health, or finance, you can now make a conscious effort to break those patterns.

Exploring information from previous lifetimes could be eye-opening, liberating, amazing, and sometimes scary. The information you are privy to isn’t for you to fix previous mistakes but rather to avoid new ones. No one can shape a future without knowing the past. This knowledge would give a lot of insight into living a life above suffering.