Lotus Flower Meaning: Everything You Need to Know I Latest Stories

Lotus Flower Meaning: Everything You Need to Know

Besides its beauty, you might think very little of a lotus flower at first glance, but there is a deeper meaning beneath the lotus’s exterior beyond the striking color and the plant’s symmetry.

More than you can imagine, the lotus flower has more than one meaning and represents many things. Though it can grow in muddy and cloudy areas, it is considered one of the world’s most sacred plants.

It holds great symbolic weight in many eastern cultures and connects to religions such as Sikhism, Hinduism, Jainism, and Buddhism. This article will explain everything about the lotus flower, including its religious meaning and different types.

History of the Lotus Flower 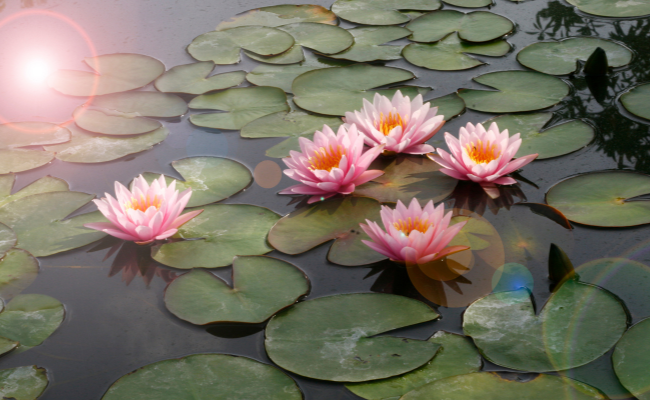 Lotus, also known as Nelumbo nucifera, is one of two extant aquatic plant species. Sometimes called a water lily, the lotus flower grows in the delta area and flood plains of rivers that move slowly.

The lotus stand drops hundreds of thousands of seeds to the bottom of the pond every year. Though wildlife has eaten some of these seeds, some sprout immediately, and the remaining seeds can remain dormant for a long period as the pond silts in and dries out.

The one expected to remain dormant acts differently during the flood as the dormant seeds are rehydrated and begin a new lotus colony because the sediments that contain these seeds are broken open.

The lotus flower finds its origin everywhere and is present in antique Chinese ceramics, the oldest hieroglyphics, and Hindu stories where they believed that gods emerge from these flowers.

According to Johanna Augusta, a professional numerologist, the lotus is an ancient symbol of beauty, spiritual enlightenment, and purity.

She adds, “The lotus flower is often used as a metaphor for the soul’s journey towards nirvana in Buddhist and Hindu tradition. Many cultures associate the lotus flower with the elements of sun and fire.”

Augusta has studied the meaning and symbolism extensively behind the lotus flower. Her grandmother grew lotuses in her garden, which became a source of inspiration for her.

However, this plant was the only plant to flower and fruit simultaneously because it emerged as pure white from the depths of the muddy swamp and grew above the water.

Lotus flowers have appeared in various works of art in ancient Egypt, held in the hands of gods or humans or as a border to outline a section of the artwork. They also used it to count in their math. 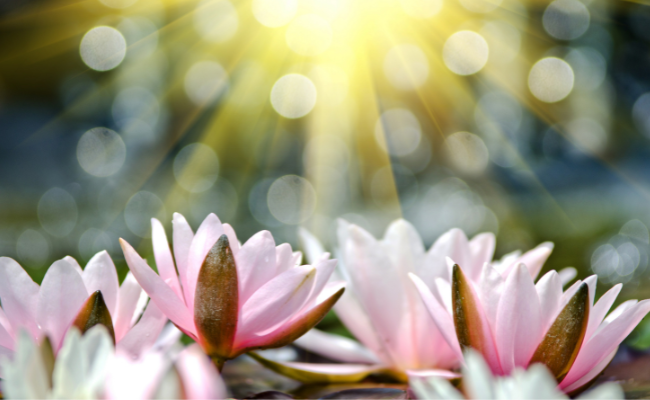 Unlike any other plant, the lotus has a life cycle. It submerges every night into the river water and miraculously re-blooms sparkling clean the next morning. This process associates the flower with spiritual enlightenment and rebirth.

Lotus flower symbolism has to do with its life, death, and re-emergence. With its different meanings, it often appears in some cultures alongside divine figures.

The lotus flower represents the universe for the Egyptians, and they believed that it could resurrect the dead or deceased since it means creation and rebirth. It was very important in their religion.

Famously known in the Hindu culture, the people believed that the gods and goddesses sat on lotus thrones, and the flower referenced the belief that life starts in water. It symbolizes the ability that one has to perform their duty without the influence of pleasure, gain, or desire.

The Buddhists also have their story that the Buddha appeared on the top of a floating lotus, and his first footsteps on earth made the lotus blossom. Though the symbolism differs depending on its color, many believe it represents spiritual awakening, faithfulness, and purity.

The lotus flower certainly has the will to live as it resurrects daily and symbolizes revival. It can also withstand thousands of years without water and germinate over two hundred years.

It’s almost impossible not to associate the lotus flower with unwavering faith as it refuses to accept defeat; However, it has been dubbed largely as a spiritual overhead by cultures, and the faith within ourselves must represent it.

Well, the Buddhist proverb about the lotus flower helps one understand that, as the lotus does, living with unwavering faith ensures the most beautiful revivals.

Different Types of Lotus Flowers and Their Meaning 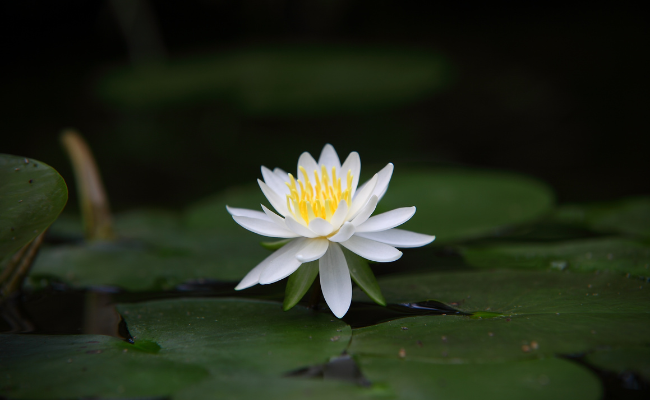 the white lotus flowers are very popular and signify many things, including grace, wealth, fertility, knowledge, purity of mind, and faith. They’re well-known worldwide for their relevance and named the “Womb of the world.”

The red lotus and popular red flowers such as carnations and roses are similar. Its delicate bloom signifies sympathy, selfless love, and compassion and represents generosity, heart, and passion. 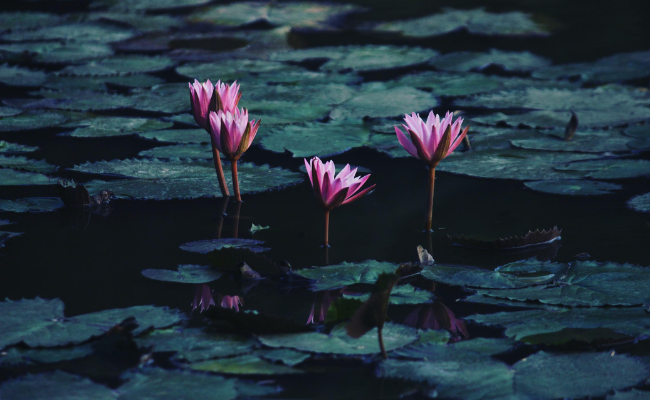 Pink lotus flowers bloom charmingly and are often in connection with Buddhism, and there are beliefs that it portrays Buddha’s earthly symbol. Depending on the state of their buds, they hold various meanings. When a pink lotus plant is closed, it represents passing through the spiritual path; when the bud blossoms fully, it means enlightenment.

The blue lotus flower looks captivating, but they are hard to find. These flowers reference the mind and represent thoughts over emotions. They symbolize knowledge, wisdom, and worldly aspirations.

Since the lotus flower is sacred and pure, you should treat it with care and respect, and the lotus flower will return our devotion in tenfolds. It doesn’t matter the belief of religions or the knowledge gained about this beautiful plant; it is generally popular that this flower signifies rebirth, strength, and purity.

Lauren said, “It is all about starting fresh and new beginnings as our senses become awakened to something new.” You should figure out how you connect spiritually with this sacred flower and what it means to you personally to enable you to guide your energy.

According to the Co-Founder and Head Designer of Saffron Marigold, Anisha Ghosh, “The lotus is my favorite flower, and I often visualize the blossoming lotus flower and use its eastern spiritual significance as a metaphor for life.” Let this be your source of inspiration for this flower.