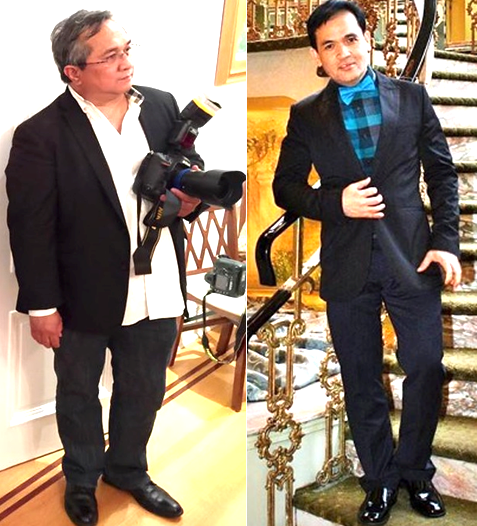 In the FilAm community, almost every event – big (dinner gala) or small (birthday party) – is documented for posterity. There is an official photographer who is hired by the organizer, and some others who show up because they are brought along by guests who want to have their exclusive shots.

While all this may sound hunky-dory, it usually is not.

Sometimes, the official photographer resents the presence of the tag-along lensmen and makes it known, often in private and in language too crude for publication. The “non-officials” take it all in stride because in the community, the roles can quickly reverse depending on whom you know, or who invited you.

For example, Photographer A may be the official photographer at a Carnegie Hall Opening Night, but he is just “one of the boys” at a PAFCOM parade. He adjusts his professional conduct accordingly.

The tricks of the trade are known to many. Five Facebook tags for $25 is quite common. There is one who is known for his $1-per-tag pricing, which some photographers think cheapens the trade. Some photographers say they are lucky to have their day jobs and engage in photography only as a weekend hobby or as “therapy.”

The rate for photography services varies. It’s a scale that usually begins at $400 up to a $1,000 for a Filipino event. Rates for non-Filipinos are much higher because there are no friendships or “kahiyaan” (shame) to contend with.

What to post on social media? Photographers grapple with this all the time. Part of the official photographer’s contract requires him to turn over as many as 5,000 images to the organization that hired him — all exclusive and nothing should be posted on Facebook. But when friends ask to be tagged, they find it hard to say “no.” Some photographers have stopped taking photos of certain individuals who love the limelight and want to be in all the photos.

Photographers can be quite competitive during coverage, but they can also be very chummy afterwards. They talk shop and compare prices of their photo gear. Some are willing to share tips as a way to “educate” their less experienced colleagues.

The photographers interviewed for this article are some of the best, most creative, and most prolific in the community. Through their images, mainstream America gets to connect with Filipino Americans: who they are and how they celebrate life. How would you describe your style of photography?

Arman David:I don’t really have a specific style since each event and photo is different, but with each image, I try to capture the moment and mood.

Rolan Gutierrez:I started liking and doing lots of photography as a member of the UP Mountaineers. So, my first photos focused on landscape shots. Then, when not doing landscape shots, I did photo-journalism for my own. In NY, to earn money to pay for my expensive equipment and software, I concentrated on portraits as the Filipinos in general like to look good in photos as in Facebook, etc. So, my style would be landscape with portraiture, as I give a lot of importance to the background when taking portraits.

Boyet Loverita(also known as Yetbo LoveRita): My style is pure photography. It doesn’t make sense spending a lot of money for photo equipment and then enhancing my pictures using a $40 software. I try to be as authentic as possible. Nagugustuhan naman ng mga tao (People like it).

Velzon Hizon Velez:I want to show that we have a good community, a classy community, and that we are all together and united.

What do you enjoy most about taking photos of our community?

Arman David:It’s our way of showing our support for our fellow Filipinos. If we don’t support our own events who else will?

‘RJ’ Ensalada:I shoot a lot of events lately and made a lot of contacts which opened up opportunities for me. I like meeting new people.

Rolan Gutierrez:When taking photos of our community in the greater NY, I talk to the people. I can relate to a wide range of ages. I can talk to the current z-gen all the way to the Baby Boomers. You need to talk to your subjects to make them trust you and feel at ease. I have been called the ‘famous photographer’ by several people now, but I don’t react to it. I also have a good sense of humor to bond with my subjects.

Boyet Loverita: I love a good feedback. When I post on Facebook and I get a lot of Likes and nice comments saying my pictures are beautiful, that’s my satisfaction.

Lambert Parong: It’s being able to capture a moment in our community. It’s a good feeling to be there and be part of the experience even if I’m on the other side of the lens. 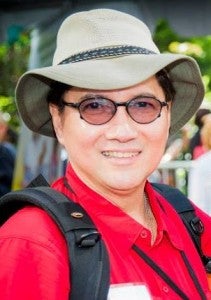 Velzon Hizon Velez:I enjoy seeing the Filipino community as a glamorous people, where everyone is fashionably dressed. That’s really my specialty. I’m more of a fashion photographer, I love the Red Carpet, Hollywood style.

What is your pet peeve?

Arman David:I don’t really have any.

RJ Ensalada:Sometimes people are just people. I usually carry two heavy cameras and they still ask me to take photos from their cell phones. But that’s how you make acquaintances.

Rolan Gutierrez:I don’t understand why other photographers don’t dress up for the occasion. That’s why some clients treat photographers lowly and not even giving them dinner seats during the event.

Boyet Loverita:Some people grabbing my pictures and altering or airbrushing them. Sometimes, I tell them you can grab my photos but don’t do anything to them.

Lambert Parong:One is if I ruin a shot because it was out of focus or “soft,” and two, taking group photos and not everyone’s eyes are looking in the direction of the camera.

Troi Santos:Some photographers get too close to the subject, so if you’re doing a video footage they are in the way. I say it only once, if they do it again, I just find a way around it. Some photographers follow you, thinking you’ve found an ideal spot. During one PIDCI event, I was just at the door taking pictures of people passing in front of me Before I knew it, there were some who have joined me. Photographers who try to make business out of every event they’re invited to by asking for the contact info of the important guests.

Sometimes, some members of the community hand me their iPhones to take pictures. Tahimik lang ako (I just stay quiet). 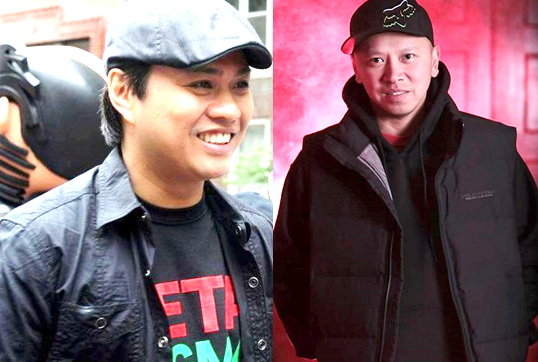 Velzon Hizon Velez:I don’t like the “asungot,” or those people who will run so that they can join the picture taking. That disturbs the framing of the shot and also my concentration.

What is your most memorable photo?

Arman David:It would have to be the Philippine Independence Day celebration about two years ago. I was able to get a picture with my favorite actress Marian Rivera.

Rolan Gutierrez:I love my shot of Manny Pacquiao and the Consul General and other consuls. All except Manny were looking to other camera on my left, while Manny was looking directly at me and my camera.

Boyet Loverita:I have a friend whose mother hated to have her photos taken, but I was able to take her. A month later, she passed away. When I went to her funeral, I saw that photo was the center picture, blown up and surrounded by smaller photos. The family treasured that photo. And I liked that I was able to do it for her and for the family.

Lambert Parong:It was a recent one. Activists just finished a protest rally at the Indonesian consulate and they posed in front with their banners and I caught a good shot.

Velzon Hizon Velez:Too many, but one of them was with Madame Loida Nicolas Lewis. I’m a fan. First time I took her photo I was excited. Another one is the recent PIDCI Grand Marshal Gala where they had about 400 guests and everyone was in their formal gowns and looking nice.

What is the common misconception about photographers?

Arman David:When people think it’s all about the camera or gear rather than the skill of the photographer. That’s like saying, “Wow what a beautiful painting” to a painter and then asking him what kind of brush he uses.

RJ Ensalada:Sometimes being labeled paparazzi sounds bitter for me. I don’t stalk and chase people.

Rolan Gutierrez:Most common misconception about photographers are that their works are dirt cheap. Our equipment, software, lessons, etc. are worth more than $50k. And I spend time editing pictures a lot. There are also wannabees in the field, so they ruin the rates. But, it’s a free market.

Boyet Loverita: That we’re expensive. Photography is really an expensive hobby. When I go to an event I carry in my bag $20K worth of photo gear. I hope people will understand that we do not sacrifice quality when we do our job.

Troi Santos:That our photos are free.