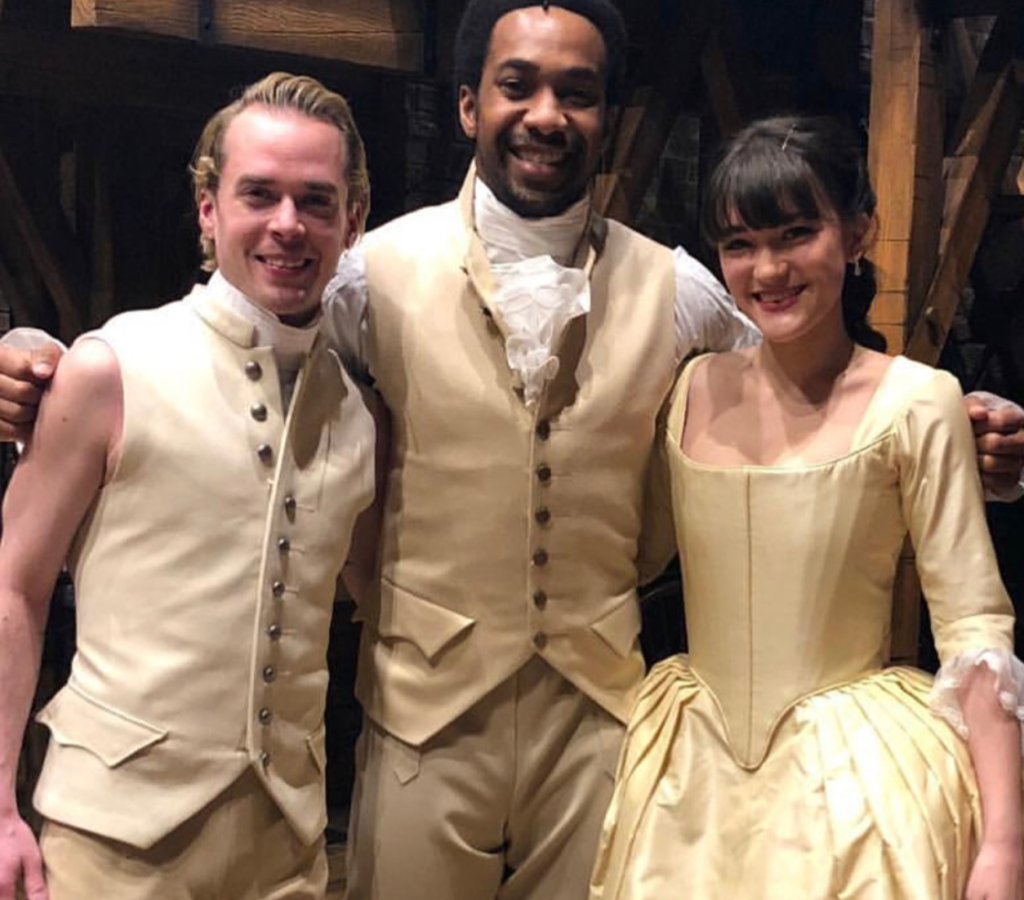 ST.  LOUIS, Missouri — Isa Briones has joined the cast of one of the two national touring productions of the hit musical “Hamilton.”

She plays the roles of Peggy Schuyler and Maria Reynolds in the Angelica cast; the other touring production is known as the Philip cast.

At 19 years old, Briones is the youngest lead to join the show. She is also the understudy for the Eliza Schuyler-Hamilton role.

Briones debuted during the Angelica cast’s performance in Denver, Colorado. The Angelica cast is currently performing in The Fabulous Fox Theatre in St. Louis, Missouri until April 22.

Its next stop is Houston, Texas at The Hobby Center for the Performing Arts with performances beginning April 24. Atlanta, Georgia follows in May, and Washington, DC in June, with other cities afterward.

Other Filipino Americans and Filipinos

Created by Lin Manuel Miranda (who also co-wrote songs for the Disney animated film “Moana” and is acting in the upcoming Disney film “Mary Poppins Returns”), the multi-awarded musical is about the life of Alexander Hamilton, a statesman, one of the Founding Fathers of the US, as well as the founder of the nation’s financial system.

In the Broadway production, Filipino American Karla Garcia has been a female swing—an actor who knows several different roles in order to take the place of absent cast members—since 2016.

In the London production, which opened last year, the cast includes Filipino actors Rachelle Ann Go as Eliza and Christine Allado as Peggy/Maria.

“Fun fact: for my history project in the eighth grade, I made an Instagram account of Thomas Jefferson,” says Briones.

“Being in this show has definitely taught me a lot more about American history than I ever knew.

“It’s so cool to think about kids now that are going to grow up knowing and loving this history because of this show. 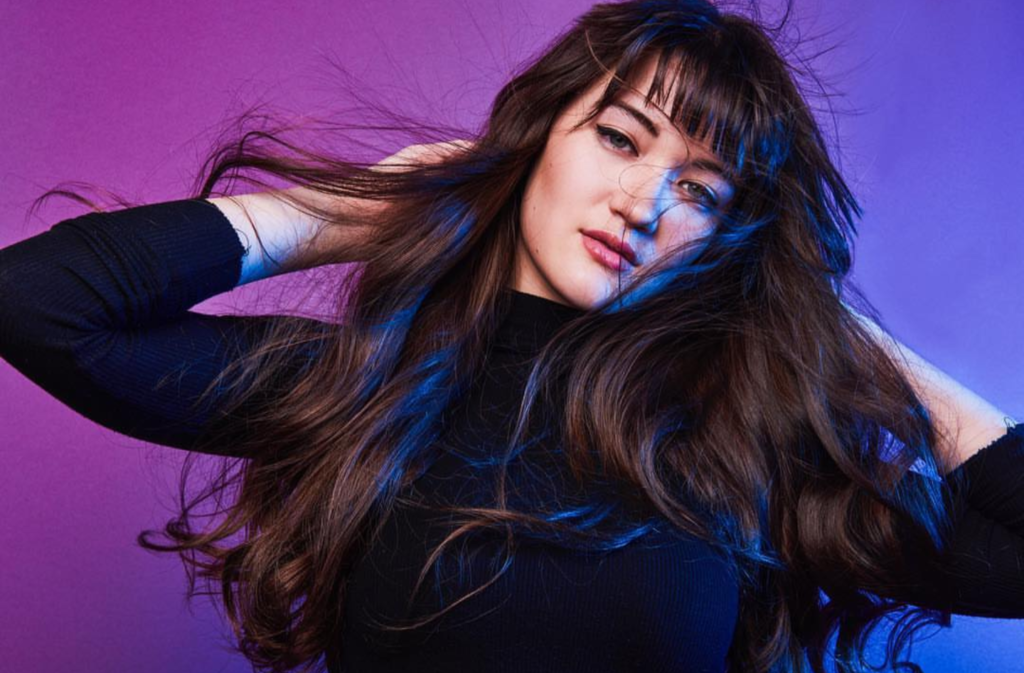 Isa Briones went through a seven-month audition process before landing the role. INSTAGRAM

“Not only that, but they will be able to visualize the founders of this country as people who are diverse, coming from all different backgrounds and representing America as it is today.

“This show is really changing the game in so many ways.”

Briones landed the role after going through a seven-month audition process.

“I had always heard from people that the Hamilton audition process was a long one, and mine was no exception,” she says.

“‘Hamilton’ was my first audition when I moved to New York,” says the actress who was formerly based in Los Angeles.

When she did so, Briones had just completed the run of Los Angeles-based theater company East West Players’ staging of the musical “Next to Normal.” 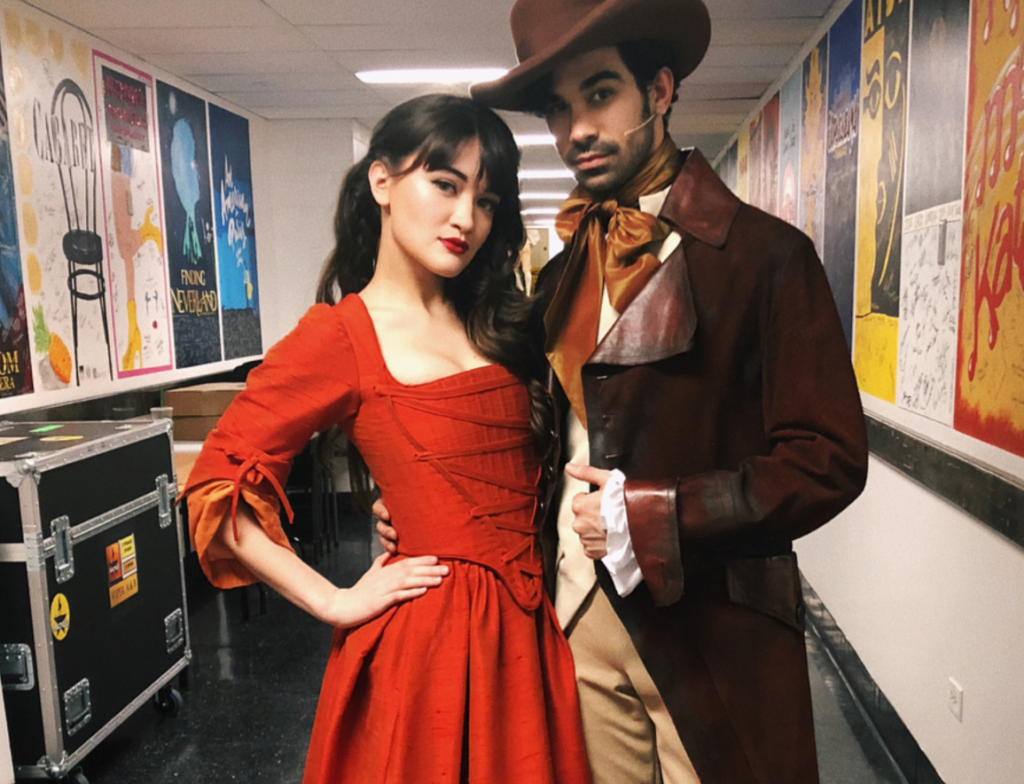 She played Natalie, a daughter who grapples with her mother’s mental health condition. The role earned her the 2018 Ovation Award for Featured Actress in a Musical earlier this year.

She actually competed against herself at the Ovation Awards as she was nominated three times (for different shows) in the same category.

“I went in to the auditions sporadically for about 6 months and then the last month went very quickly. It’s funny how it feels like a slow process but once you get to the end of it, it’s, like, ‘bam! now you’re in the show!’”

She had to learn the show in New York for several weeks, rehearsing during the day. Then it was off to Denver, watching the show in the evenings for about two weeks before being treading the boards.

“It felt so surreal to debut. It didn’t feel quite real and it still shakes me a bit when I stop and realize what an amazing job this is.” The Briones family, all actors, traveled to Denver to watch her debut performance in the musical. From left: her father Jon Jon, brother Teo, Isa, and mother, Megan. INSTAGRAM

Her family, all actors, traveled in to Denver from Los Angeles to watch her debut and to dispense some words of wisdom for the new job that will take her across the US.

“Of course, being my parents, their number one pieces of advice were to save money and stay healthy. They definitely know what they’re talking about,” she says.

If her father’s name sounds familiar, it’s because he recently concluded his Broadway debut as the Engineer in the 2017-18 revival of “Miss Saigon.”

“It was wonderful to have people around me that could prepare me for what was ahead. They’re always there to call when I need advice.”

For details on the “Hamilton” US Tour, visit HamiltonMusical.com

READ about Jon Jon Briones being cast as the Engineer in the 2017–18 Broadway revival of “Miss Saigon” here.