What Bill Gates, Warren Buffett, Mother Teresa have in common 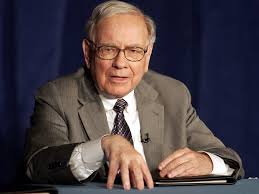 In spite of his mind-boggling wealth of $66.7 billion, unlike many old and new richtoday who love to flaunt their affluence, Warren Buffett still pretty much maintains the same kind of living as he did before making it to Fortune’s list of billionaires.

In the same house in Omaha, which he bought in 1958, Buffett stays and stays simple, voicing out his private contempt for fancy cars and show-off items.

Affected by an ocean of poor men, women, and children

At times, poverty is the reward of idleness, but at other times it’s the result of the lack of opportunities. Although neither an inherited sin nor a perpetual curse, poverty is what happens when people give up caring for one another.

And the poorest of the poor live like they are punished for a crime they didn’t commit: ostracized or cold-shouldered, looked down upon, unable to enjoy what the regular people of society can enjoy.

Poverty statistics discussed in a global forum is so different from actually living in Tondo squatter’s area or in a Harare slum in Zimbabwe from birth until breathing one’s last.

Was it Mary Ferrier who once quipped that “no two things differ more than ABSTRACT and ACTUAL poverty?”

When for the first time she met the poorest of the poor of Calcutta, Mother Teresa acted accordingly – even without a dollar in her pocket – and dedicated her entire life to sharing a little hope among the hopeless.

“Nobody is too poor to share or too rich to receive,” said Pope Francis (November 9, 2017) who just repeated what Jesus teaches in the Gospel: “For where your treasure is, there your heart will be” (Matthew 6:21).

John F. Kennedy gave all of his $100,000-a-year White House salary to charity, while ex-Uruguay President Jose Mujica, “the poorest president in the world,” donated 90% of his monthly salary of $1,250 to charity.

After his speech to the United Nations General Assembly in New York on October 4, 1965, when the Second Vatican Council was still in session, Blessed Paul VI gave his own papal cross and papal ring to the UN General Secretary for poverty alleviation.

The social dimension of private property

It goes without saying that we, all of us, have conditional and limited rights over all possessions (inherited and/or earned), stocks, and wares that we rightfully and legally own.

Consequently, all private wealth and property have a social character with corresponding social obligations, after one’s needs are satisfied. We don’t need 2,000 pairs of brand-name shoes to live honorably, do we?

A rich man’s gift to the poor, in the first place, does not belong to the rich, as once intimated by Saint Ambrose of Milan who added: “For what has been given in common for the use of all, you have arrogated to yourself. The world is given to all and not only to the rich” (Ambrosius, AD 395, cited in Vatican Council II, 1965).

So, is the world with its bountiful resources given to all? Reality check leads us to a sad conclusion that the earth’s eight richest families have the same wealth as the combined wealth of the world’s poorest 50%, or about 3,500,000,000 poor global citizens.

The United States spends about 700 billion dollars a year, while its economic experts say Uncle Sam needs only 175 billion dollars a year to wipe out homelessness and extreme poverty in that “promised land” – and only a fraction of that to totally rehabilitate war-torn Marawi in the Philippines.

Justifiably, Pope Saint John Paul II has reminded us that all the material goods of the earth are not meant to be owned and used by a powerful few. On the contrary, all residents of this planet can equally own and use these goods “in accordance with God’s original plan” (Sollicitudo Rei Socialis, 1987).

So, what do Bill Gates, Warren Buffet, and Mother Teresa have in common? A lot.

Definitely affected by the sad faces of poverty, although believing that the situation is not hopeless – otherwise why care – they refused to become global observers ONLY. Instead they made a soul-searched choice to actively fight poverty.

Shall we not let YHWH God to take the kindest hearts and cut them out into brilliant stars that they might make the dark heavens so fine that, in the words of Shakespeare, “the world will be in love with night”?