Conservative U.S. Supreme Court justices signaled skepticism on Monday toward the legality of race-conscious admissions policies in cases involving Harvard University and the University of North Carolina that could imperil affirmative action programs often used to boost enrollment of Black and Hispanic students.

The conservative justices voiced doubt about allowing race to be considered in admissions decisions by colleges and universities. They also emphasized that court precedents allowing such policies had cautioned that they should not exist forever. The liberal justices defended a limited consideration of race in admissions as one factor among many to give opportunities to deserving applicants. Rulings are due by the end of June.

“So what is your response to the simple argument that college admissions are a zero-sum game?” conservative Justice Samuel Alito asked a lawyer representing a group of students supporting UNC’s policy. “And if you give a ‘plus’ to a person who falls within the category of under-represented minority, but not to somebody else, you’re disadvantaging the latter student?” 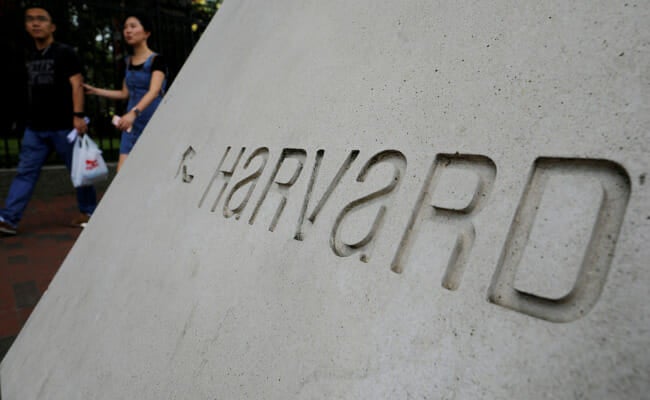 Conservative Justice Clarence Thomas, one of the court’s two Black justices, expressed misgivings about the principle of diversity and its educational benefits. “I’ve heard the word ‘diversity’ quite a few times, and I don’t have a clue what it means,” Thomas said.

“I don’t put much stock in that because I’ve heard similar arguments in favor of segregation, too,” Thomas added.

Conservative Justice Brett Kavanaugh told the state lawyer defending UNC’s policy that the court’s precedents have held that “these racial classifications are potentially dangerous and must have a logical endpoint.”

Many schools place a premium on achieving a diverse student population not simply to remedy racial inequity and exclusion in American life but to bring various perspectives onto campuses.

Harvard and UNC have said they use race as only one factor in a host of individualized evaluations for admission without quotas – permissible under Supreme Court precedents – and that curbing its consideration would cause a significant drop in enrollment of students from underrepresented groups. 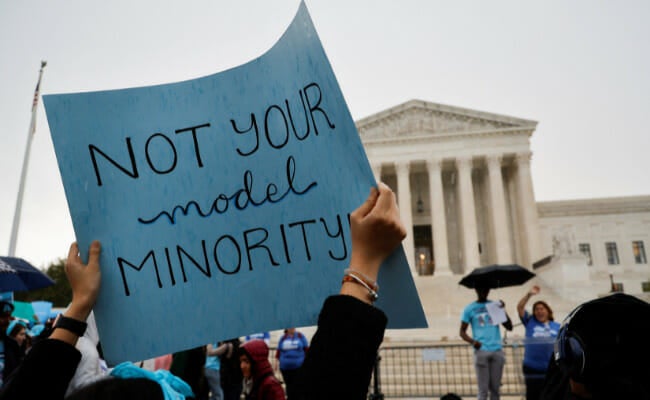 The cases allow the court to overturn its prior rulings – including one as recent as 2016 – allowing race-conscious admissions policies. They also give it a chance to embrace an interpretation favored by conservatives of the U.S. Constitution’s 14th Amendment promise of equal protection under the law that would bar governments and other institutions from using race-conscious policies – even those crafted to benefit people who have endured discrimination.

Liberal Justice Elena Kagan said the plaintiffs are arguing that it does not matter if institutions are racially diverse in an American society that is quite diverse.

“I thought that part of what it meant to be an American and to believe in American pluralism is that actually, our institutions are reflective of who we are as a people in all our variety,” Kagan said.

Justice Ketanji Brown Jackson, the first Black woman to serve on the court, said that given schools’ lawful ability to consider dozens of personal factors, it might be unconstitutional to disallow the recognition of race among them. 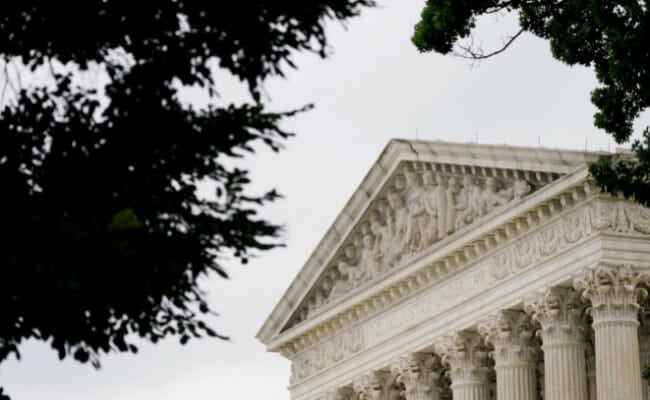 Jackson said that if “a university can take into account and value all of the other background and personal characteristics of other applicants, but they can’t value race, what I’m worried about is that that seems to me to have the potential of causing more of an equal-protection problem than it’s solving.”

Conservative Chief Justice John Roberts said if “checking the box with race is taken away,” schools could pursue “race-neutral” alternatives such as letting students write essays that “indicate experiences they have had because of their race.”

The suits were filed separately in 2014. One accused Harvard of violating Title VI of the Civil Rights Act of 1964, which bars discrimination based on race, color, or national origin under any program or activity receiving federal funding. The other accused UNC of violating the 14th Amendment.

President Joe Biden’s administration backed the schools. U.S. Solicitor General Elizabeth Prelogar told the justices, “When students of all races and backgrounds come to college and live together and learn together, they become better colleagues, better citizens, and better leaders.”

Prelogar emphasized the importance of diversity at the nation’s military academies to ensure a racially diverse future officer corps.

The court in 2016 upheld a University of Texas race-conscious admissions policy but has shifted rightward since then. It first upheld affirmative action in college admissions in 1978, ruling that actions to achieve diversity were permissible but racial quotas were not. It decided in 2003 that colleges could consider race as one admissions factor because of the compelling interest in creating a diverse student body.