Trick or Treat at the US Supreme Court

Trick or Treat at the US Supreme Court 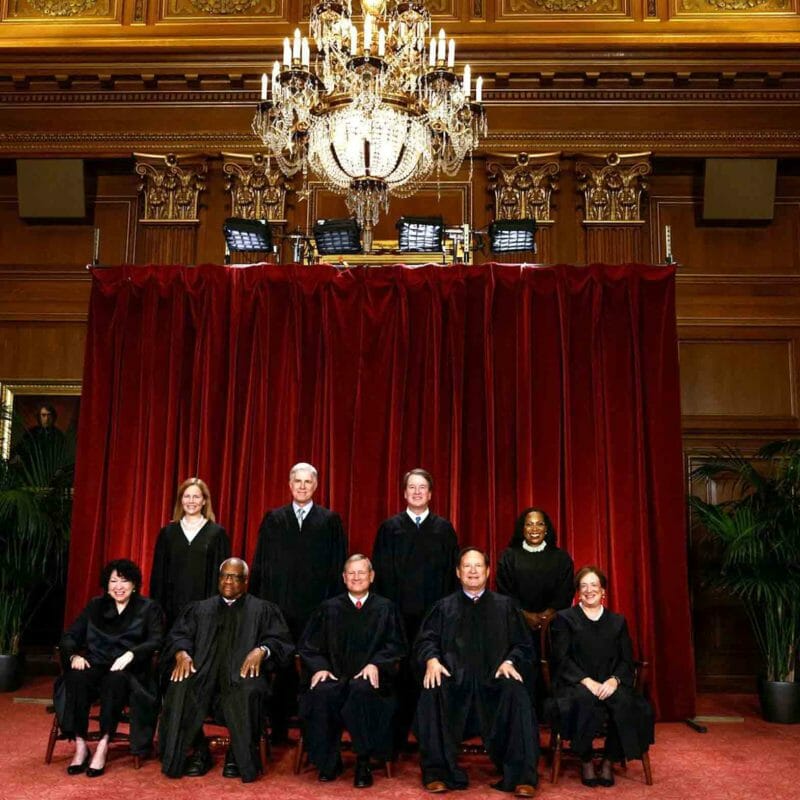 Soon we will find out how appropriate black robes are for Halloween. The day of dread has arrived on the eve of the Day of the Dead. The Supreme Court of the United States will finally hear the case that could end affirmative action in college admissions.

It could be the beginning of the end in the fight for equality as we know it, a decision that will guide a dwindling white majority becoming more and more uncomfortable with how many of the rest of us are non-white.

Of course, we really won’t know if the Halloween hearing will be a trick or treat. Not immediately. This is but the death knell. A decision is expected maybe in the summer. Or maybe sneaked into the public’s view on some future Friday.

But this time it likely won’t be a decision on our side.

That’s because the only thing that’s changed between this time and the last time a challenge was mounted against affirmative action is the court.

And the court is decidedly conservative in 2022, no ifs, ands or buts.

Adding Ketanji Brown Jackson was great. But her vote doesn’t negate all the Trump conservatives.

This time also, some Asian Americans are the key plaintiffs. And though we can’t forget North Carolina, it’s the attack on Harvard that’s the spike into the heart of affirmative action, all of it led by one Ed Blum in yellowface.

Blum is the white attorney leading this conspiracy turned cottage industry hell bent on undoing any semblance of civil rights in America, from voting rights to college admissions. He knows this battle is about the long game and he has never relented.

He failed in 2012 in the Fisher v. Texas case, where he hand-held a white woman to destroy the use of race in admissions at UT. But in his loss,  Blum learned a lesson.

He realized he didn’t have a perfect victim. That was clear when even Antonin Scalia wondered aloud what the damage was to the white Fisher when she was not able to gain admission in a process where she had to compete fairly against people of color.

Indeed, what was the damage—the application fee?

So this time, Blum ambulance chased for plaintiffs using the internet as if they were mesothelioma victims. He did it for UNC, but mostly for Harvard.

He was collecting aggrieved rejections.

And he found them in a new generation of Asian Americans, from parents who immigrated not in the 1920s through the 1960s.

He found them in the new group of immigrants from the 1990s and after, or rather their sons and daughters. They were the ones who never quite understood why their little darlings with the straight A’s and perfect scores would be rejected from Harvard.

And these are the folks within our community who have been used by Blum in an attempt to topple this thing in society that has allowed previous generations of not just Asian Americans and Filipinos,  but all people of color, and women, and anyone else who has been qualified and yet held back while whites were able to run ahead.

It’s been the benevolent boost we’ve known as “affirmative action.”

And now, irony of ironies, Asian Americans are at the tip of the spike about to kill it.

My nostalgia for affirmative action

It’s all difficult for me to watch as I am an Asian American Filipino who has seen affirmative action evolve. I wasn’t there exactly at the beginning, but close.  . I have seen it go from accepted to resented, from exalted to diminished. And now it’s just hated. Or misunderstood. By conservatives, mostly.

Even when I might have been a recipient, a Harvard admissions officer never used the term when I asked point blank. The officer would only tell me the issue in my case was what I “overcame.”

And I apparently overcame a lot, namely my Filipinoness.

That’s what qualified me. My test scores at San Francisco’s all-academic Lowell High School were good, not great. My grades were solid. My extra-curriculars were through the roof. As were my recommendation letters.

But my father was a colonized Filipino allowed to immigrate in the 1920s. What he faced in California was every bit as bad as the Jim Crow South. He couldn’t own land. He couldn’t vote. He couldn’t intermarry. He could be shot for being with a white woman. He could work in the fields for a dollar a day. Or as my dad did, work in restaurants as a cook.

I would wear his chef hat as a kid. But he was no chef. Not like Boyardee.

My parents were my Everest. I overcame that. And that was my college essay.

I got in. Was it reparations? Inadvertent, perhaps, but a payback for the pain and suffering? I accepted whatever beneficence proudly.

But that’s only half the story. The one thing missing in all the talk about admissions is the role of the accepting institution.

It’s one thing to open the door. It’s another thing to fully embrace those you let in. And that doesn’t always happen in the best of programs.

When affirmative action is good, it can be really, really good. For everyone.  But when it’s offered in a half-hearted and reluctant way, then it’s time to rethink it.

The court cases, stuck on the admissions process, never address those questions about affirmative action.

Still, where we are now is pretty serious. And affirmative action is such a misunderstood concept, maybe the best thing would be a reboot.

During the Clinton administration, the phrase was “mend it, not end it.” We didn’t end it.

In a Republican era, White people began attacking with the notion of “reverse discrimination” and yelled, “What about us?”

When the Democrats were in power, they didn’t pay attention to the judiciary strategy taking place. And now in 2022, Blum and company have found the right plaintiffs and the right court.

All the arguments have been made before. But now the court seems prone to take a more decisive action against us.

And that’s why the best thing right now may be to prepare for the new era.

We could begin by banishing the phrase “Affirmative Action.” Sounds like a euphemism anyway.

“Race neutral” or “color blindness” is where people seem to be landing, and that sounds OK, but isn’t really right either.

Because no matter what the name, the goal remains the same.

We want a fair way to share limited resources, in this case, spaces at elite colleges and universities. When everybody has great grades and top scores, something’s got to give.

So how do we get fairness and racial and gender equity in this world without somehow redefining merit, or what is meritorious?  In other words, who gets what? Is it totally Darwinian, or can we decide that some qualified people still need help. “Race neutral” only seems to slow up the process when we can’t address it directly.

That’s why we should expect a conservative court to only make things harder for us in the future, if equality and equity is the goal.

But if we start thinking now, before any decision, we’ll be ahead of the game. Because whenever the court’s decision comes, race won’t go away as an issue.

We will never stop talking about race and equality in America.

We know this. When you’re an Asian American Filipino, the struggle for fairness never ends.  No matter what the outcome on Halloween.

NOTE: I will talk about this column and other matters, on “Emil Amok’s Takeout,” my AAPI micro-talk show. Live @2p Pacific. Livestream on Facebook; my YouTube channel; and Twitter. Catch the recordings on www.amok.com.

Emil Guillermo is a veteran journalist and commentator. He writes a column for the Inquirer.net’s North American bureau.