JPMorgan Chase & Co reported a smaller-than-feared drop in third-quarter profit on Friday, as a rise in interest income cushioned a blow from higher loan loss provisions and a slump in dealmaking due to a worsening economic outlook.

Shares of the largest U.S. bank rose nearly 4% after the results, which are closely watched to assess the real impact on corporate America of the Federal Reserve’s aggressive interest rate hikes to tamp down inflation.

Typically, rising rates are good for banks as they can charge more interest from borrowers, but a potential economic slowdown due to a higher cost of borrowing is also seen as a risk to future earnings.

He flagged stubbornly high inflation leading to rising global interest rates, the uncertain impacts of quantitative tightening, the war in Ukraine, and the fragile state of oil supply and prices as near-term headwinds. 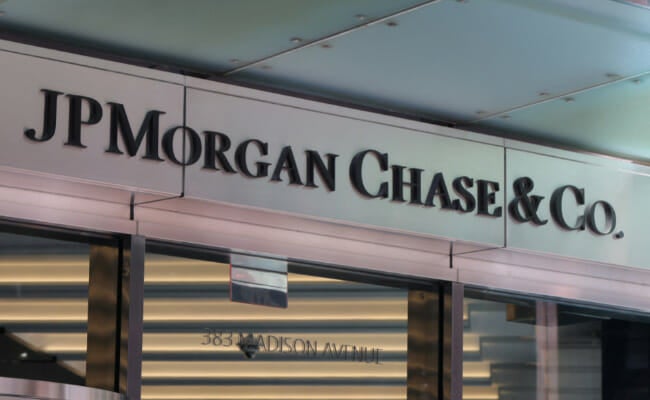 “While hoping for the best, we always remain vigilant and are prepared for bad outcomes.” JPMorgan’s net interest income, excluding markets, rose 51% in the quarter, driven by higher rates. The bank also raised its annual estimate by about $3.5 billion to $61.5 billion.

Revenue rose 10% to $32.72 billion, helped by a 22% increase in revenue from fixed-income trading. Overall, market revenue rose by 8%. Dimon did not give any specific market revenue forecast, saying it was difficult to determine given the increased volatility.

“At least equally as important is the evidence of preparedness to manage through whatever turn the macro takes.” Net profit, however, fell 17% to $9.74 billion as it set aside $808 million in reserves. By comparison, the bank released $2.1 billion in reserves in the same quarter last year.

Revenue from investment banking, one of the bank’s biggest businesses, slumped 43% to $1.7 billion as a mix of high inflation and fears of the looming recession forced buyers and sellers to hit pause on deals.