How to Handle Acid Reflux Naturally I Lifestyle

How to Handle Acid Reflux Naturally

Every day, people experience feelings of pain, burning, and discomfort in their chest area caused by acid reflux. The majority of Americans experience heartburn on occasion, with about 20% of people in the United States having been diagnosed with gastroesophageal reflux disease (GERD).

If you are one of the millions who suffer from reflux symptoms, you know how uncomfortable it can be. There are all sorts of over-the-counter medications to help treat the condition, but they can often have unwanted side effects. Other natural remedies require you to make inconvenient lifestyle changes. Luckily, there is a form of natural heartburn relief that can handle acid reflux without the use of medication.

Orange Burps is a natural supplement used by tens of thousands to help relieve the symptoms of acid reflux. In addition, if you’re looking for an all-natural way to get your reflux under control, Orange Burps could be just what you need.

What is acid reflux? 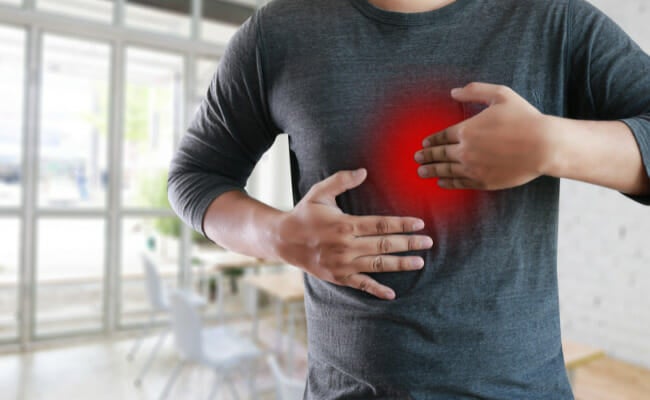 The difference between GERD and GER

Who can get acid reflux 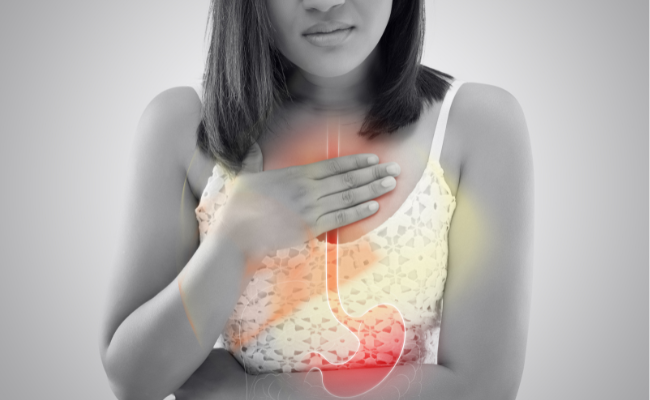 Heartburn and acid reflux has become increasingly common issues for men and women worldwide. Although heartburn is a symptom of acid reflux, the terms are usually used interchangeably.

This disorder is more common in women, especially during pregnancy. More than 50% of pregnant women reported that they experienced heartburn in the third trimester of their pregnancy. This article explores the details of acid reflux, including its symptoms, causes, and available treatments. 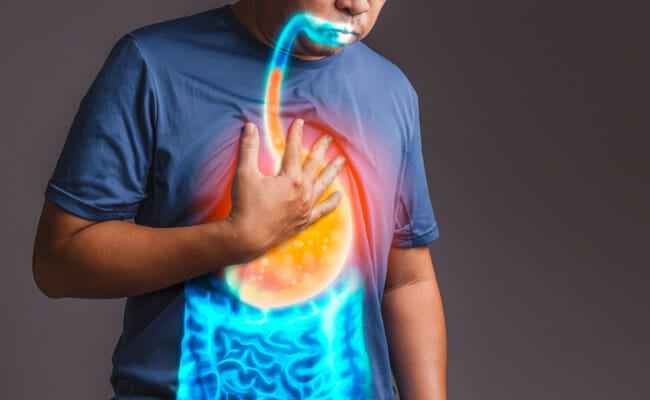 Valves in anatomy are membranous structures that temporarily close a passage, permitting movement of a fluid in one direction only. A valve may consist of a sphincter muscle or membranous flaps. The lower esophageal sphincter (LES) is a valve located where the esophagus meets the stomach.

When food enters the stomach, this valve closes tightly to prevent the gastric content in your stomach from entering your esophagus. When this valve weakens or relaxes when it shouldn’t, stomach acids flow back up to the esophagus, causing reflux.

Being overweight, eating too large meals, eating late at night, and smoking regularly can cause the lower esophageal valve to lose its shape and strength over time. Individuals who fall under this category are more susceptible to frequent reflux and heartburn symptoms.

The cause of silent reflux

Silent reflux is caused when stomach acid flows from the esophagus, past the esophageal sphincter, and into the throat or the nasal passages. It irritates the throat. Silent reflux is more challenging to identify because the symptoms can be hidden. These include a persistent dry cough, dysphagia (difficulty swallowing), persistent sore throat, and a hoarse voice resulting from damage to the vocal cords. If left untreated, the stomach acid will cause inflammation and damage your vocal cords.

Many things we engage in daily can cause us to have heartburn symptoms. Activities like lying down after meals, eating overly large meals, and eating late will result in symptoms of reflux. Certain foods, including acidic, spicy, oily, or fatty food, caffeinated or carbonated beverages, and consumption of alcohol and tobacco, also contribute to acid reflux.

Pregnancy can also cause heartburn. Progesterone, a hormone produced during pregnancy, can cause the LES to relax so that it doesn’t close as it should. The uterus expands as the baby grows, and this can crowd the stomach and push stomach acid upward into your esophagus. For this reason, heartburn symptoms are typical in the third trimester of pregnancy.

What are the effects of GERD?

Over time, GERD can have severe implications for our health, some of which include;

They are a form of peptic ulcer that develops in the lining of the esophagus. They occur when the layer of mucus, which lines the gastrointestinal tract, wears away. This allows stomach acid and other gastric juices to irritate the gastrointestinal wall, leading to an ulcer.

Gastroesophageal reflux disease, left untreated, causes esophagus inflammation and damages the digestive tract. Gastric content is harmful to the esophagus lining and can cause long-term damage.

Bleeding of the esophagus

Esophageal varices occur when blood flow to the liver is blocked by scarring (cirrhosis) or a clot. When blood flows around the blockages, it goes into smaller blood vessels. These blood vessels cannot contain the amount of blood flowing through them and therefore rupture or tear, causing fatal internal bleeding.

Continuous bleeding over a long period can lead to anemia

The dangers of over-the-counter medications 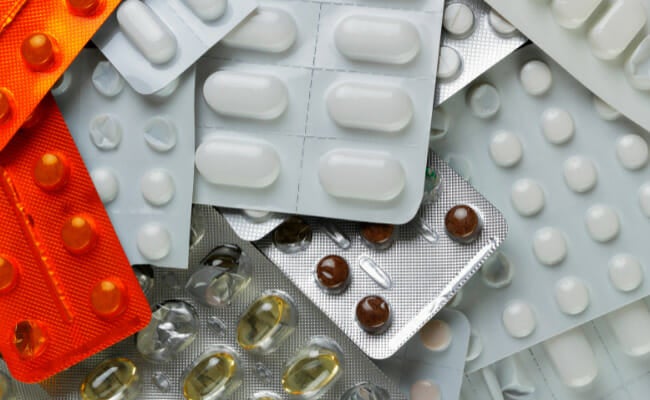 However, multiple health risks accompany taking them in excess over time. Short-term use of reflux medication can come with side effects such as dizziness, nausea, abdominal pain, flatulence, rashes, constipation, and diarrhea.

According to studies, consistent use of PPIs can increase a patient’s risk of developing severe health issues, including:

Acute kidney injury (AKI): A condition where the kidney has difficulty in filtering waste from the blood, kidney failure, chronic kidney disease (CKD), and acute interstitial nephritis (AIN). It is characterized by swelling between the kidney tubes.

An increased risk of gastric cancer

A study at the UK Clinical Practice Research Datalink (CPRD) showed that after a follow-up period of 5 years, the use of PPIs was associated with a 45% increased risk of gastric cancer.

Studies have found a link between proton pump inhibitors and depression. The research suggests that PPIs may lead to major depressive disorders by disturbing the bacteria present in the gut. The bacteria in our gut can change how our brain functions by producing certain hormones or neurotransmitters. These hormones can trigger emotional responses and cause depression.

PPI-induced hypochlorhydria can increase microaspiration of gastric contents, which can lead to lung colonization resulting in pneumonia.

What are some home remedies for heartburn?

Most natural remedies for heartburn require you to make lifestyle changes to alleviate your GERD symptoms.

One of these recommendations is lying down for at least two hours after eating fatty foods, chocolate, sweets, and citrus foods too late at night. Replacing carbonated and caffeinated drinks with teas and adding high-fiber foods to your diet are natural remedies for heartburn symptoms.

Other lifestyle changes involve changing your diet, like pacing your food and eating the right amounts, adjusting your sleep position, and ultimately stopping eating snacks or food before bed can help reduce the risk of heartburn and reflux symptoms.

Taking antacid medications may relieve heartburn immediately. Other drugs, such as omeprazole and ranitidine, take longer to work but may provide more effective relief. Though prescribed medications work, they are not the safest remedy for heartburn due to the multiple health disadvantages they might produce. This is why we trust Orange Burps as a natural remedy for GERD symptoms. 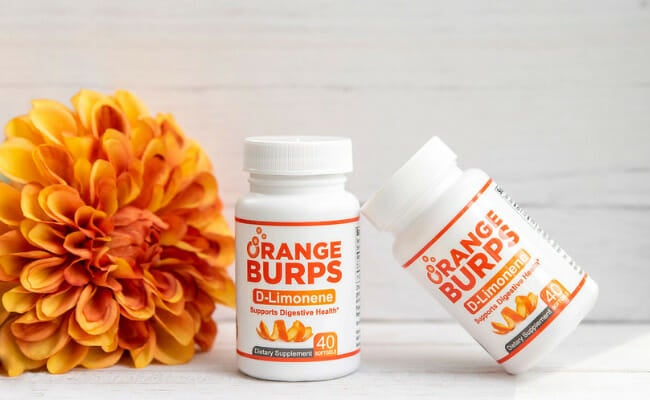 Orange Burps are a natural remedy for frequent acid reflux. Experts made these soft gels to support normal GI function. The active ingredient in Orange Burps is D-limonene, sourced from fresh orange peels.

D-limonene is an extract from citrus peel and is very safe for human consumption. It is considered a GRAS (Generally Recognized as Safe) ingredient by the FDA, which is their highest designation for safety. The naturally-derived D-limonene effectively relieves heartburn and reflux symptoms, preventing any form of pain or discomfort.

How does Orange Burps work?

Though studies have clinically proven D-limonene to help resolve acid reflux, the research didn’t exactly prove how it works. Researchers believe it promotes the normal movement of food through the digestive system (peristalsis), helping empty gastric liquids from the stomach before the body refluxes it.

Some believe that during eructation (burping), the orange oil coats the esophagus, protecting the esophagus from the acidic contents that the body system regurgitated from the stomach. It’s also thought that D-limonene helps to improve the stomach’s mucosal lining and coat the esophagus, which protects against the harmful effects of acid exposure. 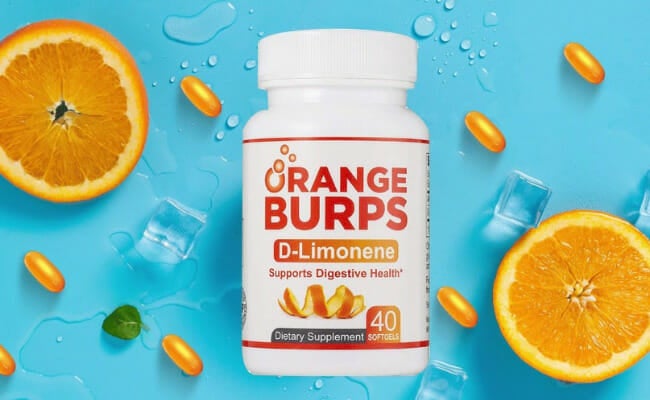 Unlike many GER supplements, Orange Burps do not inhibit the production of essential stomach acids. The human stomach produces acid for various reasons, and when you drastically reduce or eliminate acid reproduction, it has various side effects. Reducing the level of acid in the stomach can cause stomach bloating, chronic upset stomach, excessive gas, diarrhea, adult acne, poor digestion, and vitamin and mineral deficiencies.

Orange Burps offer long-lasting relief from heartburn symptoms. According to clinical trials, the relief from D-limonene often lasts up to 6 months or more, depending on your dosage and consistency. You can use Orange Burps indefinitely for permanent relief.

Take 1 or 2 soft gels daily or every other day for 20 days, and then as needed. Results are guaranteed after a few days of consistent use.

After taking the soft gel, some users will experience a few minutes of mild citrusy burps but don’t worry; this is not unpleasant and does not last very long. 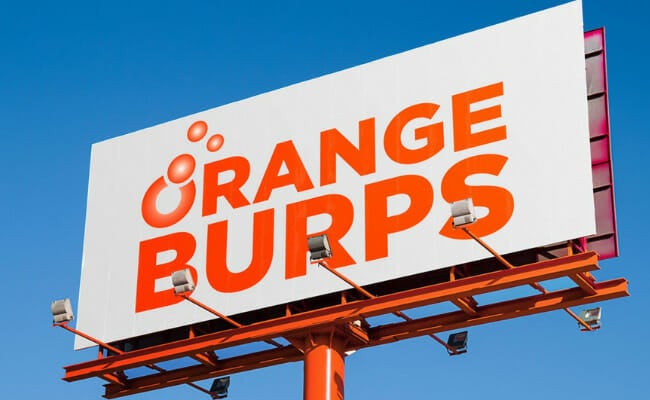 Finding relief can be a challenge if you are one of the millions who suffer from reflux symptoms. But if you’re looking for a more natural approach to relieving your symptoms, you may want to try Orange Burps. This natural anti-reflux supplement can provide relief without the risk of harsh side effects.

So if you’re looking for an all-natural way to get your reflux under control, Orange Burps could be just what you need. Order yours today and see the difference it makes!

25 Best Deals for the Holidays – Gift Guide 2022
Best Campfire Spray 2022
4 of the Best Holiday Gifts for Coffee Lovers
Best Phone Case Sticker Pack on Amazon
Murano Glass: Everything You Need to Know
Best Last-Minute Gifts for the Holidays
Best Crystals for Protection Against Negative Energy
5 Ways to Hack the Holidays with the Best Cash Back App