Play: What if Godzilla really did destroy Tokyo?

Play: What if Godzilla really did destroy Tokyo? “Akuma-Shin” is set in 1976 in an American television talk show where guests grapple with the “seismic waves of fear, anger and ignorance” that the attack has unleashed “through generations.” 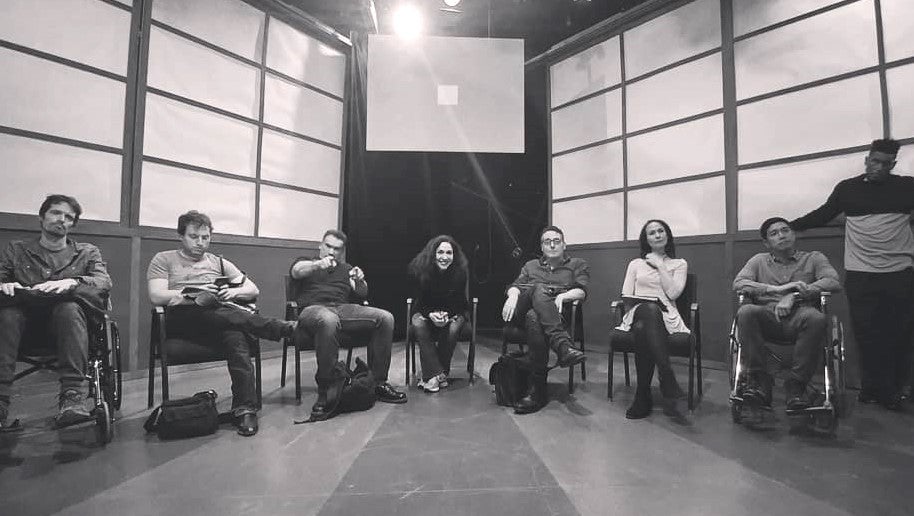 Uy (second from right) with the cast of “Akuma-shin.” CONTRIBUTED

A statement for the play reads, “facts are questioned and modern politics is set against primal religion in this cautionary tale of two nations coping with their own damaged legacies—can humanity reckon with the monsters that rise against us, the ones that live within us all?”

The play will be directed by Scott Leggett.

“Sacred Fools is one of the most critically acclaimed theaters in LA,” Uy says.

“It’s one of those theaters that actors audition for a lot. It so happened that the right fit came at the right time,” he says of being cast in this production.

“‘Akuma-shin’ means ‘god-devil,’” he says. “Kaiju or ‘strange beast’ monsters in Japanese media has always been used to symbolize the darkness in human hearts. This play leans on that as well.”

Uy is eager to tackle the material. “Few playwrights are able to infuse so many layers in their writing without it sounding clumsy and fake. With Kenley, the lines flow easy like it’s conversation,” he adds.

While Uy is able to research documents about Yukio Mishima, he can only rely on the playwright’s words to build another character he has been cast to portray.

“For George, who is a fictional character, it’s more of a process of discovery for me through rehearsals. Kenley is brilliant when it comes to incorporating exposition within dialogue and so it was easy for me to put the pieces together.

Despite the presence of an otherworldly creature in the story, the play is not a campy comedy. 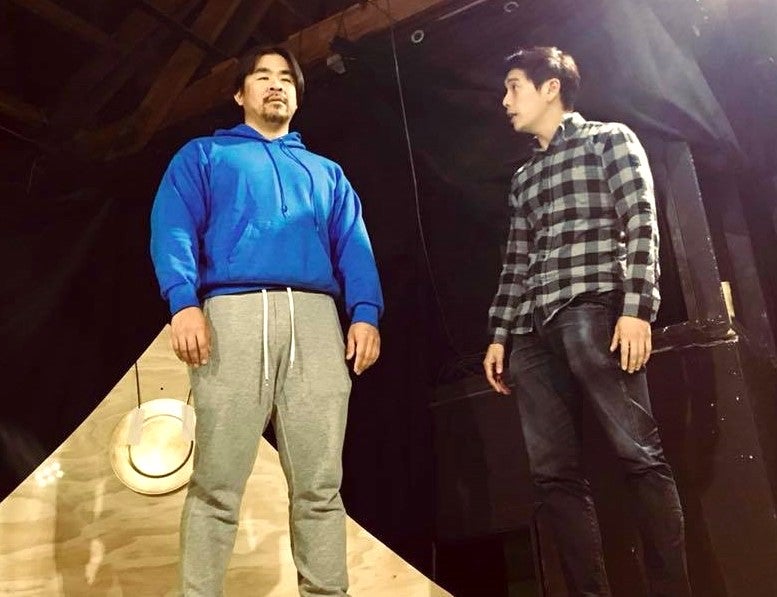 “The show is a straight-up drama,” explains Uy.

He goes on to point out that the play, despite its fictional premise, serves as an allegorical commentary to present circumstances.

He also highlights a component in the play that has to do with America’s exchange with Japan. “The Japanese American experience has always been an example of how not to treat a certain demographic.”

“The chaos in the TV studio is pretty parallel to a modern Twitter fight,” he says.

“The play affected me in terms of how timely it is. The script tackles so many issues at once.”