U.S. manufacturing activity grew at its slowest pace in nearly 2-1/2 years in September as new orders contracted, likely as rising interest rates to tame inflation cooled demand for goods. The Institute for Supply Management (ISM) said on Monday that its manufacturing PMI dropped to 50.9 this month, the lowest reading since May 2020, from 52.8 in August.

A reading above 50 indicates expansion in manufacturing, which accounts for 11.9% of the U.S. economy. Economists polled by Reuters had forecast the index slipping to 52.3.

Some of the slowdowns in manufacturing reflect the rotation of spending from goods to services. Government data last Friday showed spending on long-lasting manufactured goods barely rising in August, while outlays on services picked up.

The Federal Reserve has since March hiked its policy rate from near zero to the current range of 3.00% to 3.25%, and last month signaled more large increases were on the way this year. The higher borrowing costs are undercutting spending on big-ticket items like household appliances and furniture, which are typically bought on credit. 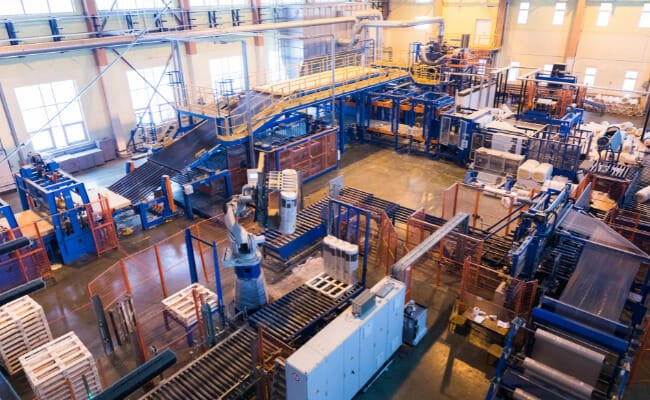 The ISM survey’s forward-looking new orders sub-index fell to 47.1 last month, also the lowest reading since May 2020, from 51.3 in August. It was the third time this year that the index has contracted. Order backlogs are also being whittled down. While that pointed to a further slowdown in manufacturing, it was also a function of easing bottlenecks in the supply chain.

The ISM’s measure of supplier deliveries fell to 52.4 from 55.1 in August. A reading above 50% indicates slower deliveries to factories. With supply chains loosening, inflation pressures at the factory gate continued to subside.

A measure of prices paid by manufacturers dropped to 51.7, the lowest reading since June 2020, from 52.5 in August. The continued slowdown is being driven by retreating commodity prices. Annual consumer and producer inflation decelerated in August, raising hope that prices had peaked.

The ISM survey’s measure of factory employment dropped to 48.7 from a five-month high of 54.2 in August. It was the fourth time this year that the index has contracted. The index has been a poor predictor of manufacturing payrolls in the government’s closely watched employment report, which have consistently grown despite the gyrations in the ISM employment gauge.

Though job growth is slowing, demand for workers remains strong. There were 11.2 million unfilled jobs across the economy at the end of July, with two job openings for every unemployed worker.