Shares of Nike Inc hit 2-1/2 year lows on Friday and rattled those of other athletic gear makers after the company’s warning of a margin squeeze from widespread markdowns sparked worries of sector-wide contagion of ballooning inventory.

The world’s largest sportswear maker on Thursday became the latest in a line of consumer brands and retailers to underscore the pressure on margins from ramped-up discounts as companies rush to get rid of excess inventory amid slowing demand.

Nike said it was expecting full-year gross margin to fall 200-250 basis points, also hurt by a strengthening dollar. Analysts cautioned Nike’s negative update could mean that margin pressure across the broader retail sector was likely to be worse than feared. 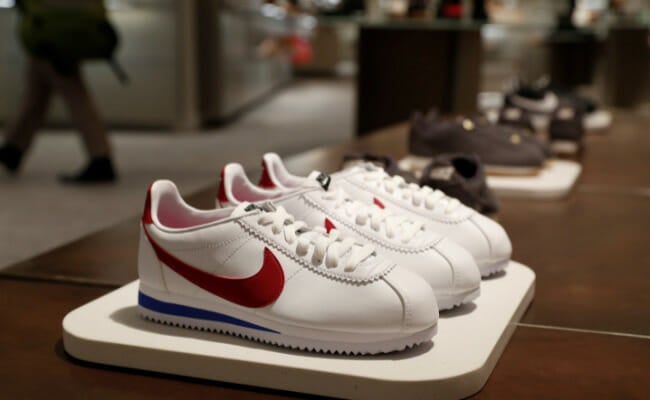 “Nike’s sniffle raises the risk the group catches a cold,” Baird analyst Jonathan Komp said. “Given Nike’s (update and) plans to aggressively liquidate out-of-season goods over the next two quarters, we see a risk that the overall industry becomes much more promotional as a result.”

Nike shares were last down nearly 10% at $86 and set to shed about $15 billion in market value if losses hold through the session. Shares of Under Armour slipped 7.3%, while those of German peers Adidas and Puma fell 5% and 8.3%, respectively.

“Nike’s promotions and outlook is a bad omen for guidance at Under Armour, Adidas, Puma, and others in the athletic space,” Cowen analyst John Kernan said, adding he expects forecast cuts at those brands.

Retail chains Dick’s Sporting Goods Inc and Foot Locker Inc dropped 7.2% and 3.2%, respectively, with Lululemon Athletica Inc tumbling nearly 6%. The average stock rating of 36 brokerages covering Nike is “buy,” and the median price target is $115, down from $130 a month ago.

LATEST
Apple and Amazon to restore advertising on Twitter
Former Theranos president Balwani sentenced to almost 13 years for fraud
‘The worst is yet to come’: the curse of high inflation
U.S. services industry perks up; factory orders jump
LeadAdvisors Reviews and Ratings
Amazon wants to expand proposal of cashier-less tech