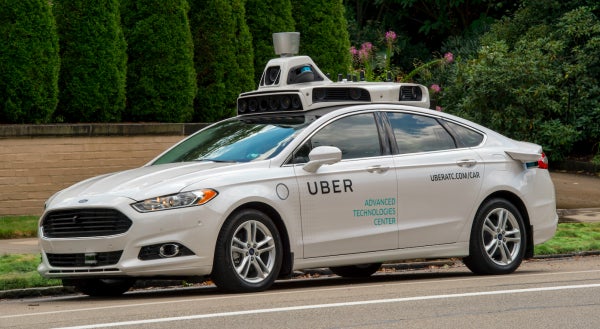 Uber put a temporary halt to its self-driving car program in the US after the March 18 accident that resulted in the death of pedestrian. © Courtesy of Uber via AFP

The governor of Arizona on Monday put the brakes on Uber’s self-driving car program in that state, citing “disturbing and alarming” dashcam footage from a fatal crash in that state.

“I found the video to be disturbing and alarming, and it raises many questions about the ability of Uber to continue testing in Arizona,” Ducey said in the letter, a copy of which was posted online.

Uber put a temporary halt to its self-driving car program in the US after the March 18 accident that resulted in the death of pedestrian.

“We continue to help investigators in any way we can, and we’ll keep a dialogue open with the governor’s office going forward.”

Dashcam footage of the first fatal self-driving car crash involving a pedestrian shows the Uber vehicle operator appearing to be distracted, then gasping in horror seconds before the impact.

The driver can be seen looking down at something for nearly five seconds before finally gazing up the instant before the car hit a woman in the city of Tempe.

Police there released the footage, along with dashcam video of the road in the final seconds before the pedestrian, who was walking with a bicycle, is struck on a poorly lit highway.

The car was in autonomous mode.

Police chief Sylvia Moir told the San Francisco Chronicle last week that, while the investigation continued, “it appears that the Uber would likely not be at fault,” mainly because the pedestrian was not using a crosswalk.

“It’s very clear it would have been difficult to avoid this collision in any kind of mode based on how she came from the shadows right into the roadway,” Moir told the Chronicle.

The crash has raised concerns about whether lives are put at risk by allowing companies to use public roads as testing ground for self-driving vehicle technology.

Meanwhile, advocates of autonomous cars contend they have the potential to make roads safer by avoiding mistakes made by human drivers.

Arizona and California have been particularly encouraging, hoping that companies developing autonomous technology in those states will create local jobs and facilities devoted to a promising new industry. MKH

Uber takes on commuting with ‘Express’ car pool service in US