Apple Inc. shares fell more than 4% on Wednesday after a report that the tech giant was ditching its plans to boost production of the latest iPhone fueled demand worries.

Bloomberg earlier reported that Apple had told its suppliers to curtail efforts to increase the assembly of its iPhone 14 lineup by as many as 6 million units in the second half of the year on disappointing demand.

Shares of the world’s most valuable public company opened at a two-month low of $147.64 and were the biggest drag on the blue-chip Dow Jones Industrial Average Index.

“Weaker consumer demand is to be expected when utility bills are going up, interest rates are going up, mortgage costs are going higher … discretionary spending is going to be curtailed by that,” said Patrick Armstrong, chief investment officer at Plurimi Wealth in London. 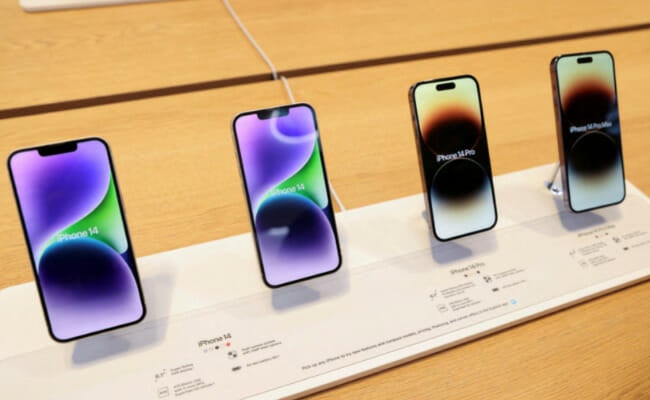 Analysts said iPhone 14’s Pro and Pro Max versions were selling at a brisk pace, although demand for the base model, typically Apple’s best-seller, was underwhelming.

Apart from satellite connectivity and crash detection features, the iPhone 14 model looks similar to its previous iteration, although it sells for $100 more at $799 for the base version. The Pro models, which start at $999, come with fresher upgrades.

Wedbush analysts said the product mix has heavily shifted toward Pro, pushing wait times into early November for some models, and that Apple could be shifting production from the base model to Pro across Asia ahead of the holiday season.