Private sector to allot $8 billion for battling US hunger

Private sector to allot $8 billion for battling US hunger

The pledges were announced as part of a White House summit on Hunger, Nutrition, and Health, the first since 1969, with participation from Biden, Agriculture Secretary Tom Vilsack, and Health Secretary Xavier Becerra, as well as several lawmakers and New York City Mayor Eric Adams.

“If a parent can’t feed their child, there’s nothing else that matters to that parent,” Biden said. “This is something we should be rallying the whole country to work on together.”

Biden aims to end U.S. hunger and reduce diet-related diseases in most Americans by 2030 and has turned to the private sector to underwrite some of the spending after Congress failed to further extend school lunch aid. 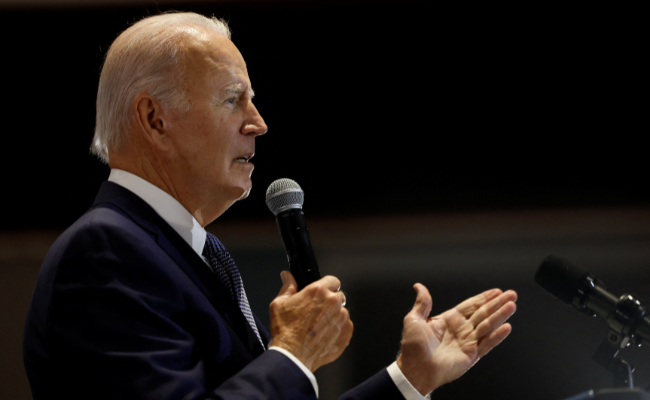 Congress extended only through September 2022 aid that helped schools feed millions of U.S. children over the last two years.

Contributions announced on Wednesday included a pledge by nonprofit FoodCorps to invest $250 million for free, healthy school meals and to expand nutrition education in schools. The Food Industry Association also promised to get members to donate 2 billion meals to food banks and other organizations next year while making it easier to use food stamp benefits online.

Wholesale food distributor Sysco will donate 200 million meals to national hunger-related charities and food banks, worth about $400 million, over the next five years.

Senior administration officials briefing reporters declined to offer a timeline for the new aid but said details would be forthcoming.

The private sector commitments follow revelations of hundreds of millions of stolen federal dollars that were supposed to be spent on food aid during the coronavirus pandemic. The officials said the administration would work closely with the donors to ensure compliance.

View comments
TAGS: Biden, Biden and US economy, US hunger