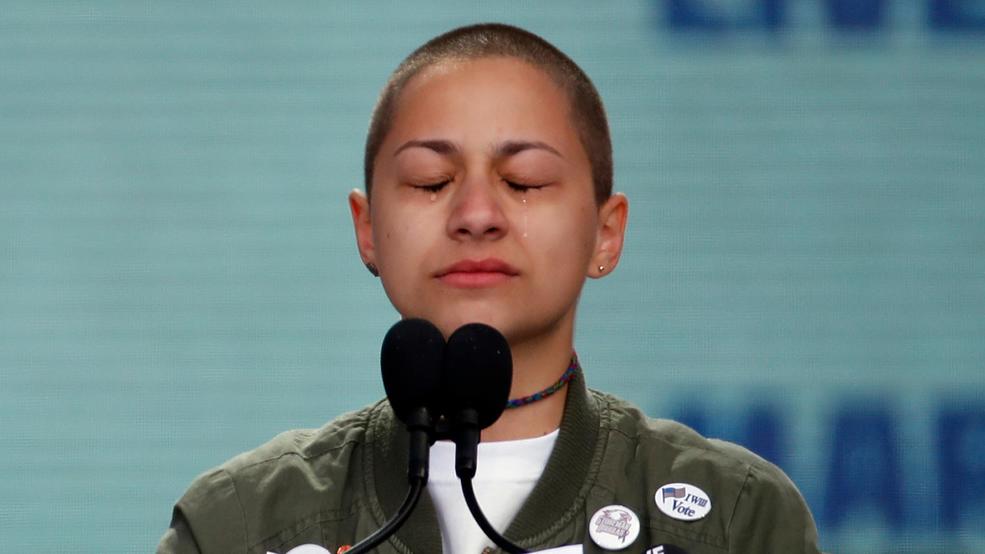 March leader, Emma Gonzalez, of Marjory Stoneman Douglas High School in Parkland, Florida, stood silent for 6 minutes and 20 seconds, crying, in memory of the time it took for a gunman to kill 17 of her peers and wound many others. AP PHOTO

If you’re a Filipino in the diaspora, or in the archipelago, I hope you got a glimpse of the march of a generation this weekend .

Especially, if you’re a young Filipino. Take a look at any of the video from the march if you doubt you have the power to change the world.

Don’t believe the doubters. The march wasn’t a meaningless exercise. It was a show of People Power. The Philippines knows about that.

I’ve been to marches before, and to celebrations of marches like the one a few years back honoring the 50tth anniversary of Martin Luther King’s “I Have a Dream” speech.

But this #MarchForOurLives was different. Historic, because you didn’t have to be there, to be there.

It was high tech. It was universal. The core was Washington, DC with hundreds of thousands, possibly a million present. But then there were the 800 satellite marches around the world.

At one point, Ryan Deitsch, one of the survivors of the Parkland school massacre held up a cell phone and indicated why this one was so different.

And he was right. We were the digital version of McLuhan’s global village, wherever you were in the world. The Philippines? Daly City? Washington, DC? We were connected.

With a phone, you could access the event and hear the speakers, and get the message.

This is a new generation of young people, enabled by technology, enlightened by tragedy, and motivated by justice to make sure the call to end gun violence in schools and keep communities safe is no longer ignored.

There were many emotional speeches on this day. Each one topped the other.  I liked Sam Fuentes, who was hit by shrapnel during the Parkland shooting. So emotional was she during her moment, she actually got sick on stage.

“I just threw up on international television and it feels great,” Fuentes said.  She recovered to lead the throngs in the singing of “Happy Birthday” to Nicholas Dworet, a fallen Parkland student, who would have turned 18 today.

Old enough to vote. And that was the point. These young people really are the future. Cliché as that might sound, that’s the real deal. 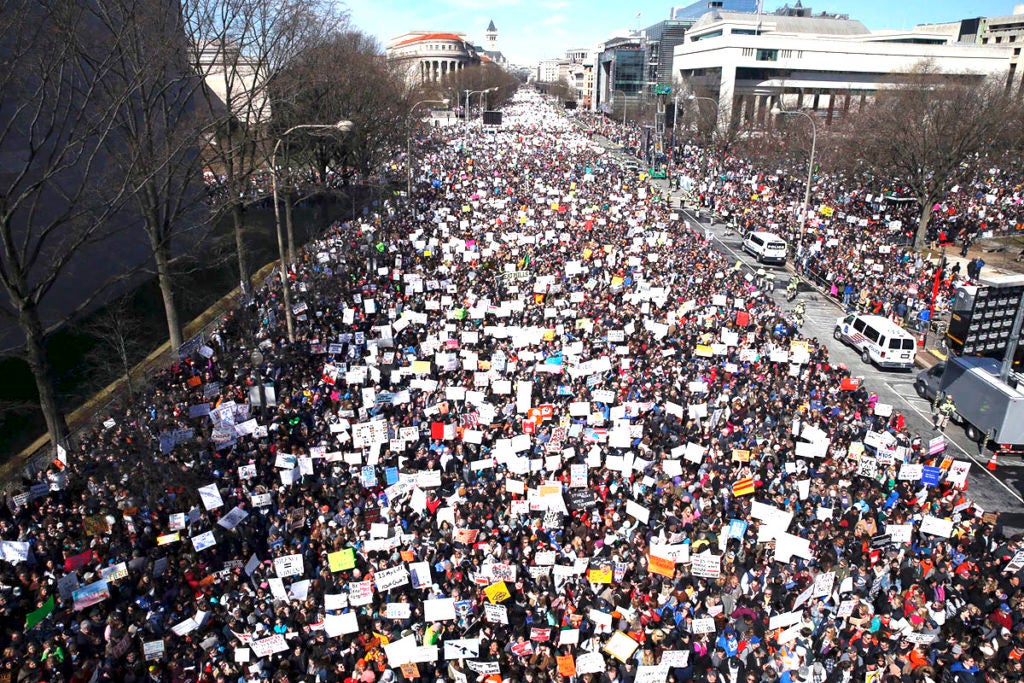 Looking west, people fill Pennsylvania Avenue during the “March for Our Lives” rally in support of gun control, on March 24, 2018, in Washington, D.C. AP PHOTO

The students realize change won’t come in a week, a month, or even a year. But they seem to have the maturity to know, they have the power of youth: the promise. The potential.

They are young dynamites.

The NRA, the gun lobby, ignores them at its own risk. Most of the Parkland speakers, from the very youngest who was 11, to the actual high school survivors, were so damn articulate.

But the best of the speakers were the ones who struck emotional chords.

Emma Gonzalez has become one of those thrust to the lead, and her talk did not sound like a stump speech. She stuck to the power of the names, naming her victim classmates and saying how they would never–you fill in the blank.

And then she went silent. Stone silent. She cried.

The crowd didn’t know what to do.

They cheered. And then she cried.

They went silent again, and Gonzalez closed her eyes.

The diverse crowd started up a chant. They didn’t understand. They wanted to fill the void.

But then they went quiet. They got it. They understood the silence.

All you could hear was the pulse of a city, of a world, taken over by a movement.

There were cries of “I love you.” But they all got it.

Then a watch-type alarm went off, indicating six-minutes and twenty-seconds had elapsed. The time that had passed since she took the stage.

It was also the time it took for a gunman to shoot up Marjory Stoneman Douglas High on Valentine’s Day in Parkland, Florida, ditch his gun, and mingle in with the crowd.

“Fight for your lives,” Gonzalez said, “Before it’s someone else’s job.”

One of the drop-the-mic moments that got to me. There were too many.

If you’re a parent of a certain age, then maybe this is a turning point too, where we see that the way we Baby Boomers coddled our kids (known as millennials) might have been just wrong. We might have overprotected them.

What the Parkland survivors of the Stoneman Douglas high school massacre represent is an awakening. They were privileged enough to be coddled. But smart enough to know they aren’t immune from the real world. And that after being shot up, they must exercise their voice.

And now their activism has ignited a long dormant spark in American society. The youth. Spoiled? Self-centered? Apolitical? Not after being shot up in school.

The same thing that sparked the civil rights demonstrations and the war protests of the ‘60s is now fueling a movement that doesn’t look like a passing fad.

This is usually how it works everywhere. Europe. Asia. The Philippines.

Student protest is nothing new. It’s just been dormant in the U.S.

But now the model is emerging for all to see. Especially if you’re a do-nothing politician beholden to the gun lobby. Notice them. Fear them. They are a diverse, articulate, and savvy group. Filled with promise and potential, they can be anything.

But most of all, they want justice now.

And if you’re in the Philippines, you know what students meant to People Power.

Here’s the truth: Your voice is more powerful and counts more than ever, right now.

Emil Guillermo is journalist and commentator who writes a column for the North American bureau. Listen to his podcasts on iTunes. Twitter @emilamok.