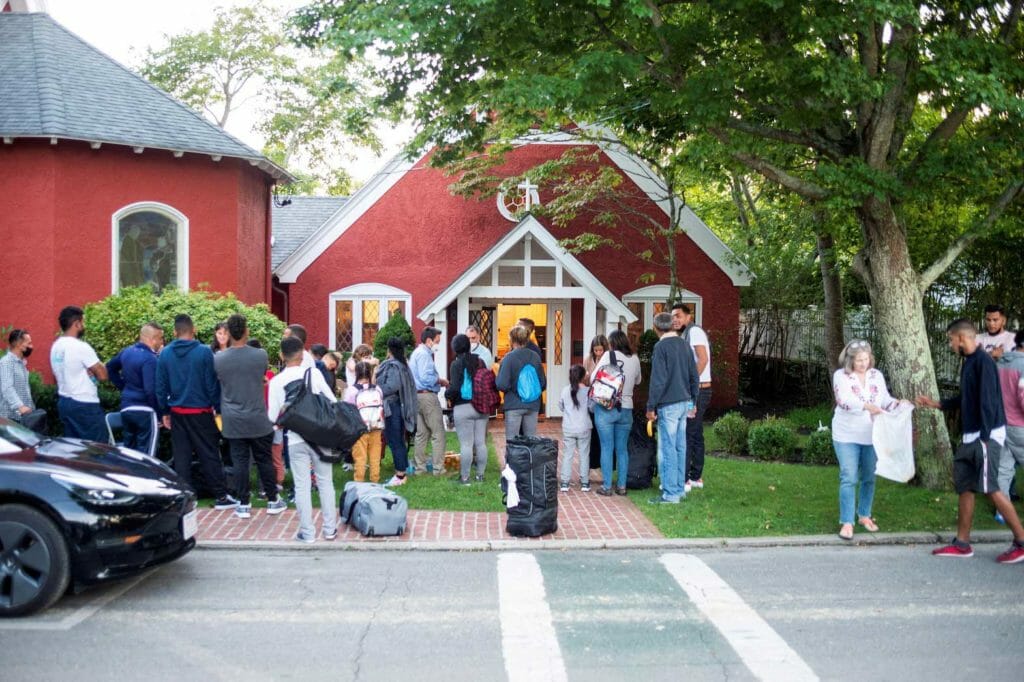 WASHINGTON – Only a third of Americans – including half of Republicans and one in six Democrats – say it’s OK for state officials to fly or bus migrants to other states, a sign the push by Republican Southern governors to ship foreigners north could backfire with some voters, according to a Reuters/Ipsos poll.

Republican leaders, including Florida Governor Ron DeSantis, a potential 2024 presidential candidate, are betting their immigration policies and proposals will help motivate their core supporters to vote in the Nov. 8 midterm elections, when they aim to retake control of the U.S. Congress.

The two-day poll concluded on Thursday showed Americans are deeply divided on immigration, even within their political parties.

Only about half of Democratic respondents agreed with a statement that it should be easier for people to immigrate to the United States. A somewhat larger share of Republicans – six in 10 – disagreed.

Following a highly-publicized drive by Republican governors to bus or fly thousands of migrants to Democratic areas in recent months, 53% of Republican respondents in the poll said they supported the practice. Twenty-nine percent opposed it.

Last week, DeSantis took credit for a flight that carried about 50 migrants to the vacation island of Martha’s Vineyard, Massachusetts, an affluent haven for liberals where former President Barack Obama has a mansion.

Like Abbott, DeSantis is up for re-election in November.

The moves by the governors aim to shift responsibility for border crossers to areas that typically vote Democratic, while demonstrating Republican opposition to the more welcoming border policies of Democratic President Joe Biden.

But leading Democrats, including California Governor Gavin Newsom, said some of the state moves to ship migrants north could be criminal and urged federal prosecutors to investigate.

Migrants on the flight to Martha’s Vineyard said they were misled and a sheriff in Texas, where the flight originated, is investigating the incident.

Forty-five percent of respondents in the Reuters/Ipsos poll – including 63% of Democrats and 31% of Republicans – said state leaders transporting migrants were committing illegal migrant trafficking.

The poll, conducted online in English throughout the United States, gathered responses from 1,005 adults, including 449 Democrats and 361 Republicans. It has a credibility interval – a measure of precision – of four percentage points.