Donald Trump, his family business, and three of his adult children were sued on Wednesday by New York’s attorney general, who accused them of overvaluing the former U.S. president’s assets and net worth through a decade of lies to banks and insurers.

Attorney General Letitia James filed her civil lawsuit in a New York state court in Manhattan, accusing the Trump Organization of “numerous acts of fraud and misrepresentation” in preparing financial statements from 2011 to 2021.

She also said Trump, who has long used his net worth to burnish his image and fame as a successful businessman and politician, inflated his wealth by billions of dollars to help his company obtain favorable financial terms on transactions, including lower interest rates and cheaper insurance coverage.

The lawsuit adds to the many legal problems Trump faces.

These include a criminal probe in Georgia over his efforts to undo the 2020 presidential election, and a federal investigation into his handling of presidential records, prompting an FBI search of Trump’s Mar-a-Lago estate on Aug. 8. 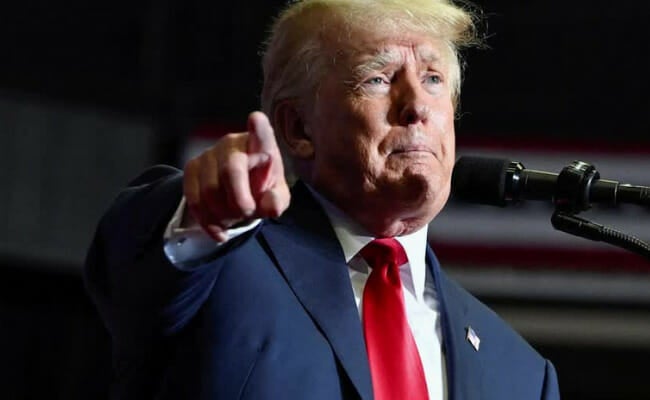 Donald Trump, his family business, and three of his adult children were sued on Wednesday by New York’s attorney general, who accused them of overvaluing the former U.S. president’s assets and net worth through a decade of lies to banks and insurers. Angela Johnston reports.

The Trump Organization manages hotels, golf courses, and other real estates around the world, and had been under investigation by James for more than three years.

James, a Democrat, said the values of 23 assets had been “grossly and fraudulently inflated,” and her office uncovered more than 200 examples of misleading asset valuations.

Those assets included marquee properties such as Mar-a-Lago in Florida and Trump’s penthouse apartment atop Manhattan’s Trump Tower, James said. The lawsuit seeks to recoup at least $250 million of alleged improper gains.

“Claiming that you have money that you do not have does not amount to the ‘art of the deal,’ it’s the art of the steal,” James told a news conference, alluding to Donald Trump’s 1987 memoir. She called the “pattern of fraud and deception” used by Trump and the Trump Organization “astounding.”

Trump, in a statement posted on Truth Social, called the lawsuit “Another Witch Hunt by a racist Attorney General” who was pursuing the case for political gain.

James is Black and running for reelection in November. Trump has not announced whether he will run for president in 2024, but would likely be a Republican frontrunner.

While the case does not involve criminal charges, James said Trump repeatedly violated several state criminal laws and may have violated federal criminal law, and asked U.S. prosecutors and the Internal Revenue Service to investigate.

A spokesman for U.S. Attorney Damian Williams in Manhattan declined to comment.

Disasters of the World

James wants to remove Trump from power at their company, and prohibit Trump and his adult children from serving as corporate officers or directors in New York.

She also wants to install a monitor for the Trump Organization and bar the company and Trump from buying commercial real estate in New York or borrowing money from state-chartered banks for five years. 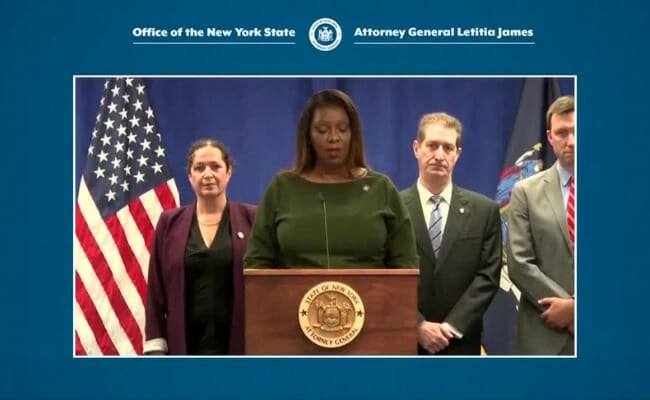 Former U.S. President Donald Trump and his adult children were sued on Wednesday for what New York state’s attorney general called numerous acts of fraud and misrepresentation, accused of misstating the values of real estate properties to obtain favorable loans and tax benefits.

James said Trump pretended his Trump Tower apartment was 30,000 square feet when it was actually 10,996 square feet, and that its $327 million valuation in 2015 was “absurd” because no New York City apartment had sold for $100 million at the time.

She also said Trump valued Mar-a-Lago as high as $739 million by pretending it could be developed for residential use, and that it should have been valued closer to $75 million.

James said her office rejected settlement offers from the defendants, but “our doors are always open” for negotiations.

She said Trump could try to move his company or borrow elsewhere, but that would not excuse him from his obligations in New York.

“There cannot be different rules for different people in this country or state, and former presidents are no different,” James said.

The attorney general opened her probe after Michael Cohen, who was Trump’s lawyer and fixer before turning on him, said in congressional testimony that the former president had inflated some asset values to save money on loans and insurance.

Trump was called to testify under oath at an Aug. 10 deposition for the probe, where he invoked his right against self-incrimination under the U.S. Constitution’s Fifth Amendment more than 400 times.

“The Attorney General’s Office has exceeded its statutory authority by prying into transactions where absolutely no wrongdoing has taken place,” Alina Habba, a lawyer for Trump, said in a statement, calling the accusations “meritless.”

Donald Trump Jr tweeted that James was “weaponizing her office to go after her political opponents!”

Manhattan District Attorney Alvin Bragg has separately charged the Trump Organization with criminal tax fraud and is preparing for an Oct. 24 trial.

Weisselberg has pleaded guilty and is expected to testify against the company, which has pleaded not guilty.

“Our criminal investigation concerning former President Donald J. Trump, the Trump Organization, and its leadership is active and ongoing,” Bragg said in a statement.