The cost of renting a home in the United States is surging and young workers have felt the sharpest pain, many of them taking on additional jobs or roommates to afford housing costs. Household rents in 2021 jumped 10% from pre-pandemic levels, according to Census Bureau estimates released last week. The figures came as rising healthcare and rental costs pushed U.S. consumer prices up unexpectedly last month.

The data from the bureau’s annual American Community Survey put median U.S. rent at $1,037 in 2021, up from $941 in 2019. Year-over-year increases in the median household rent over the past decade were typically 2% or 3% – one exception was the 5% rise from 2018 to 2019. Among those affected, most are recent college graduates and other new entrants to the workforce, who have little savings and cannot afford to buy a house.

Take Maeve Kozlark, a New York University doctoral student. The 23-year-old spent a year in an apartment in New York City’s Queens borough with a door that wouldn’t lock. Her landlord’s refusal to fix the latch prompted her to make a TikTok video about it.

A year and 230,000 views later, the lock was still broken when her landlord announced a $1,000 hike on top of her existing rent of $2,500, Kozlark said. She left the apartment in June. “So began our crazy search to find something that was affordable and not a shoebox, which is pretty impossible,” said Kozlark, who considers herself lucky to have found a new place to rent for $3,300 in Queens. 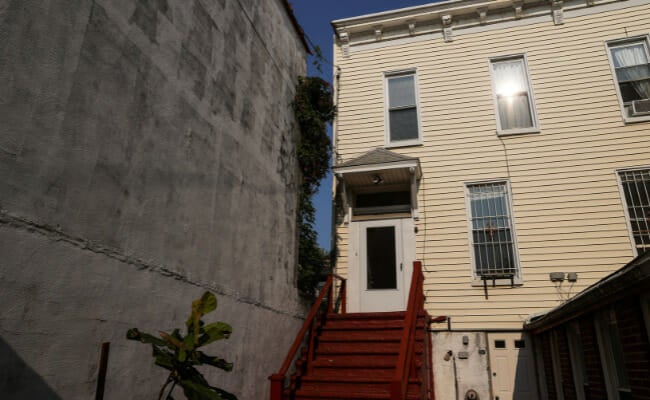 Similar accounts of abrupt price hikes and rental struggles abound across the country. In Austin, Texas, 22-year-old Skyler Lee signed a one-year lease for a two-bedroom apartment for which she and her boyfriend together pay $1950 a month in rent. Within a month of moving in, comparable apartments in the building were being rented out at $2,400 per month – the price Lee expects to pay to renew her lease next year.

In Chicago, 23-year-old Kelvin Angelo Cupay decided to forego renting altogether and move in with his family in Chicago because he expects to have to fork out close to $1000 in monthly rent, which he cannot afford while searching for a job.

On the West Coast, Celine Pun, 21, initially added a housemate to her Santa Barbara apartment to make costs affordable. But she ended up moving out when the $600 in monthly rent for her share of the three-bedroom apartment rose by $50 and some of her five housemates left. “It was a very frustrating process,” Pun said.

Adding to renters’ woes, rents in the professionally-managed sector – usually larger properties operated by management companies – have risen even more dramatically. Annual rent growth there hit 11.6% at the end of 2021 and the start of 2022, about three times what it was in the five years prior to the pandemic, according to the Harvard Joint Center for Housing Studies. At the same time, vacancy rates fell to their lowest since 1984 as post-pandemic demand surged. “It’s a truly unprecedented market in a lot of ways,” said Whitney Airgood-Obrycki, a senior research associate at the Harvard housing center. A key factor in all this has been the COVID-19 pandemic. As coronavirus infections spread in 2020, wealthier people went to summer homes or remote areas to avoid infection, leading to vacancies and steep rent reductions in many cities.

Now, landlords are making up for those losses while also trying to recoup higher maintenance and insurance costs, said Alexandra Alvarado, marketing director at the American Apartment Owners Association, which represents smaller landlords.

With low supply in large cities and rural areas where more people have moved for remote work, landlords can ask prospective tenants to show higher incomes than previously required, she said.

Adding to the demand, the millennial generation mostly those in their thirties continues to live in apartments and is unable to purchase homes, said Michael Keane, adjunct professor of urban planning at New York University. “They’re sort of stonewalling the new rental population that was behind them,” he said. 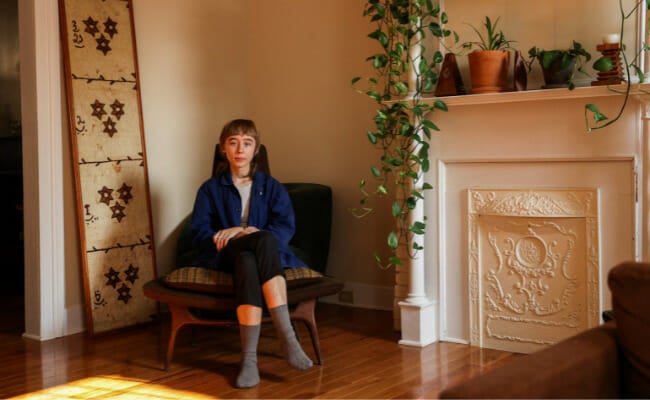 Maeve Kozlark poses for a portrait at her residence in Queens’ neighborhood of Ridgewood, New York, U.S., September 16, 2022. REUTERS/Amr Alfiky

Some minority groups are also likely to feel the pinch more. Black renters are less likely to have parents who own homes – a key source of wealth in the United States — and can help them financially, said Ingrid Gould Ellen, professor of urban policy and planning at New York University.

A recent survey by real estate company Zillow found that renters of color are asked to pay higher security deposits and more application fees than their white counterparts.

All of this has made for a market where just securing any apartment can be a big deal in some areas. In New York – long known for its competitive and pricey rental market – apartment hunters have reported encountering landlords seeking tenants with an annual salary of at least 40 times a month’s rent, or with guarantors who make more than 80 times a month’s rent.

Recent college graduate Caleb Seamon, 22, started delivering for Uber Eats alongside his full-time job at a think tank to afford to house. Even so, Seamon says he only found a New York apartment because one of his roommate’s parents acted as guarantors.

“It’s a remarkably hard and privileged thing to be able to get even just the cheapest apartment on the market right now here,” Seamon said.

MOST READ
usa Hugh Jackman returns as Wolverine with Ryan Reynolds in ‘Deadpool 3’
usa Ear Piercings: Fully Explained
usa How to Part Your Hair for Your Face Shape
usa Filipino center gets $30K grant to increase free meals for seniors
usa Filipino protesters in U.S. reject the Marcoses
usa How Does Temu Sell Such Affordable Products?
usa Is Covid under control in the U.S.? Experts say yes
DID YOU KNOW?
How to Part Your Hair for Your Face Shape
Best Clear Mascaras on Amazon 2022
How to Create the Perfect Pitch: Tips and Tricks
Best Oven Cleaners 2022
10 Ways to Build a Better Business Model
Best Trailer Dollies