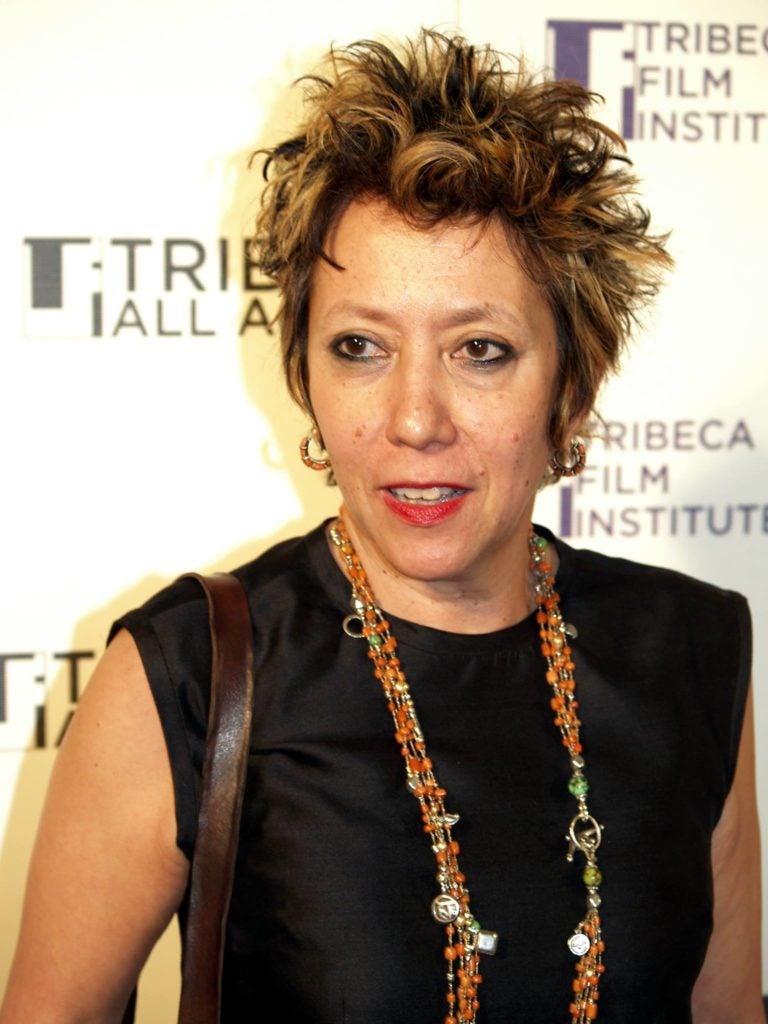 This world premiere, based on Hagedorn’s novel of the same title, concludes Magic Theatre’s 2017–18 season and will be helmed by the group’s artistic director Loretta Greco.

Inspired by Hagedorn’s own immigration story from Manila to San Francisco, the play is about Rocky Rivera and her eccentric family who live in the Haight area during the 1970s. Amidst a time of conflict, social change, and artistic flourishing, Rivera comes of age as she interacts with other immigrant artists—poets, musicians, rebels.

Aside from Sargento, other Filipino Americans in featured roles include Jed Parsario as Voltaire Rivera as well as Sean San Jose and Chuck Lacson, who will each portray various characters.

Hagedorn is most known for her novel Dogeaters, which won the 1990 American Book Award and has also been adapted for the stage. It had a recent production by Magic Theatre in 2015. However, depending on who you ask, she also sings, does performance art, writes poetry and plays, edits anthologies, etc. 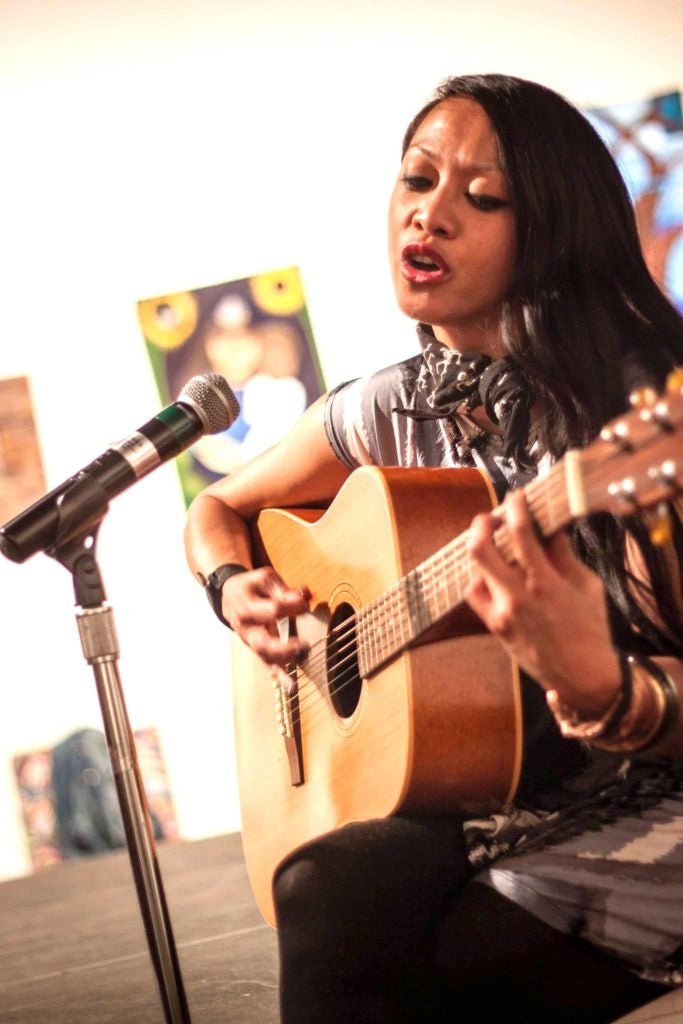 She founded music band The Gangster Choir in San Francisco and staged one-person multimedia shows in New York in the ‘70s before she delved into novel-writing and playwriting in the ‘80s and ‘90s.

Hagedorn’s other plays include “Most Wanted, Stairway to Heaven” and its sequel “Fe In The Desert,” both for Campo Santo Theater (which was cofounded by Sean San Jose).

“I’m thrilled to be collaborating once again with Magic Theatre’s fearless artistic director Loretta Greco,” Hagedorn said in a statement. “I can’t wait to work with our innovative creative team, and the stellar cast of kick-ass actors and musicians that we’ve assembled.”

Sargento first read Hagedorn’s works in college when she was taking up English Literature. “But it wasn’t for class,” she says.

“I was hyper-saturated in the standard canon of dead white men and moving into Shakespeare when a lone woman professor loaned me her copy of The Big Aiiieeeee! (an anthology of Chinese American and Japanese American literature) and Dogeaters.”

“I then hunted down Gangster of Love, hungry for Jessica’s prose and picture-making. I was stunned by the reflections she paraded in Gangster. I didn’t know you could write from the gut like that, about the present still aglow everywhere, and that it could tell the future.”

Sargento had never encountered a character like Rocky before. “I loved Rocky the moment I read her. She was my long-lost twin,” she says.

She also related with Voltaire, Rocky’s brother, as well as felt familiar with Milagros, Rocky’s mother. “Milagros had that Pinay Mom scary-power, just like my mom.”

“Using the gravity of love and fear in the family dynamic, explorations of sexual identities and friendships, all the while keeping time to a crescendo of art welling up inside, Gangster of Love became, and exists still as, an opus of a lost generation, previously unsung in the hallowed halls of literature.

“Representation matters. Jessica is our hero for that.”

Sargento will be working with the show’s band to develop the show’s music. These days, “I’m listening to some bands from the ‘70s, including Hendrix, Bullet and Fanny, an all-girl band composed of two Pinay sisters,” she says.

(Hagedorn has curated a music playlist to “celebrate the gritty, vibrant world of Rocky Rivera” here.)

Born in Quezon City, Sargento moved to Anchorage, Alaska with her family when she was three years old.

“I would listen to my dad’s OPM (Original Pilipino Music songs), along with his American music. There were classic folk songs from the Philippines as well. Now that I think of it, there probably wasn’t a lot of contemporary music from the Philippines available to us at the time.”
Singing karaoke during parties aside, it was dance that became her stepping stone into performing. “My first experience performing would have to be dancing Filipino folk dances that my mother taught. I would peddle poems to house bands after that.”

Her first foray into theater was performing for the edutainment collective Overseas Artists.

“The group landed a show at Bindlestiff Studio in the early 2000s. From there, I started volunteering at Bindlestiff regularly, performing as staff and creative element,” she says.

“Having a space to explore and grow is critical. I met 8th Wonder, a spoken word group, as well as my bandmates, collaborators, friends. I found a lot of my art in that space.” 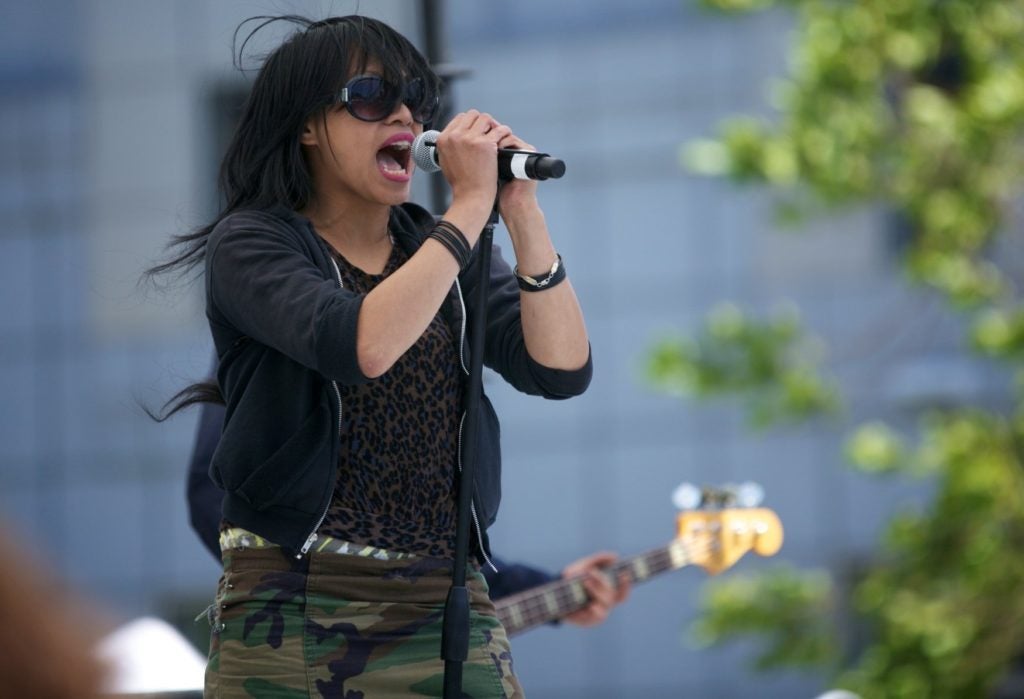 Sargento is a singer, poet, bookstore owner and publisher. CLICKDOMINIQUE

She recently acted in Bindlestiff’s annual “The Love Edition” series in 2016 and directed one of the series’ plays last year. Other recent credits include “darkheart: a concert narrative” for Kearny Street Workshop’s APAture festival and “Wandering: A Musical Dance Expression of the Filipino Diaspora” for SAFEhouse Arts, both last year.

“My inspiration comes from little stages, stories untold, my peers and mentors, and the community that creates space and art to play with,” she says.

Aspects of Sargento’s personal and professional lives converge in this production. To wit, she is a Filipino American woman performer-singer-songwriter who is also a poet and a bookstore co-owner/publisher (of Arkipelago Books) who will be acting in a play adapted from a book, portraying a character who is Filipino American, a woman, and a singer.

“Clearly, I’m honored to be a part of this production, this cast, this story, in this city for all you lovely people.

“What does it mean for me to play my real-life hero, written by my real-life hero in a city that’s saved me over and over? I hope art and life listen to the beauty in each other, and that something magical happens from it all.”