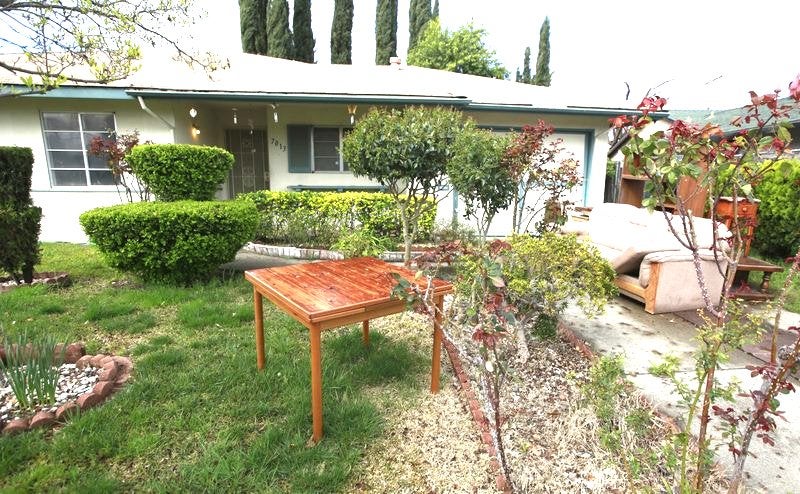 A table and other furniture sit outside the home of Rosalie Santallan Achiu, a woman who is the center of an investigation for elder abuse by two law enforcement officers, Friday, March 16, 2018, in North Highlands, Calif. Two Sacramento County sheriff’s deputies are facing allegations of stealing money from Achiu, and putting her on a plane to the Philippines. AP PHOTO

NORTH HIGHLANDS, California— Two California officers are being investigated on allegations of stealing money from a 75-year-old woman with dementia, listing her home for sale and putting her on a plane to the Philippines, where she had family.

Neighbors and friends on Friday described Rosalie Santallan Achiu as a frail military wife who loved to play cards and was fluent in several languages but seemed lost and afraid since her husband died more than a year ago.

“The last time I seen her she was in the back of a cop car,” neighbor Daniel Wootton said.

The Sacramento County Sheriff’s Department said this week that it began investigating the deputies in late January after someone raised concerns about the welfare of Achiu, who had not been seen in days.

Federal and sheriff’s investigators found her in the Philippines, where she was staying with relatives, the department said. They also found “many unusual activities by both deputies, both on and off duty.”

Stephanie Angel, a 14-year agency veteran, and an unidentified male deputy were placed on administrative leave pending the outcome of “the criminal and administrative investigations,” the department said.

Angel’s attorney, Richard Chan, said she was acting in Achiu’s best interest and did everything at Achiu’s request.

“There wasn’t any financial, elder abuse that occurred,” Chan said. “She was assisting this lady and following this lady’s wishes, there’s been absolutely no financial benefit to Deputy Angel whatsoever.”

Achiu met the deputies in mid-January during a call for service, according to court documents first obtained by Sacramento news station KTXL-TV .

Shortly afterward, she was moved into Angel’s home, Michael Abrate, an attorney for Achiu’s family, said in a petition asking a judge to authorize a nephew to care for Achiu.

Over the following weeks, Achiu’s house was listed for sale, several withdrawals were made from her bank accounts and one deputy opened a joint bank account with Achiu, the attorney said.

The deputies also accompanied Achiu to her bank and had it drill out the locks of her safe deposit box. They then applied for a passport for Achiu on a website called RushMyPassport.com, Abrate said.

Achiu, who has no children or other relatives living in California, “suffers from dementia and lacks the capacity to resist fraud or provide informed consent,” he said. 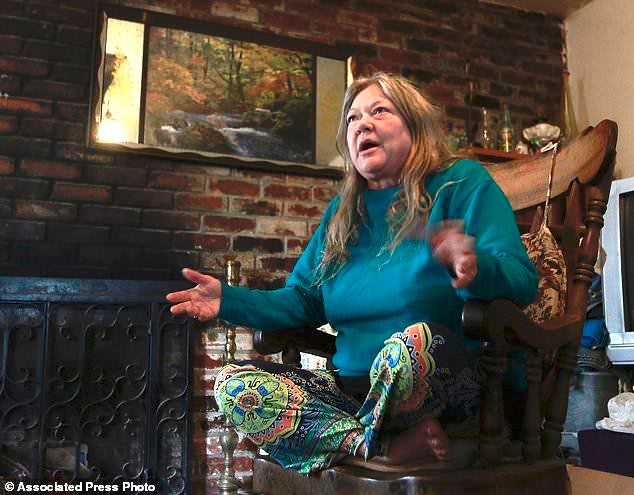 Jo Osborn discusses her next door neighbor Rosalie Santallan Achiu, Friday, March 16, 2018, in North Highlands, Calif. Two Sacramento County sheriff’s deputies are being investigated on allegations of stealing money from Achiu, 75, and putting her on a plane to the Philippines. AP PHOTO

Neighbor Nyairee Fitzpatrick described her friend as independent but something of a forgetful hoarder. She and others said Achiu had talked of sending some belongings to relatives in the Philippines but wanted to live with a brother in Washington state.

“The cop came … and like emptied out her whole house,” she recalled, standing outside Achiu’s vacant home with discarded furniture stacked in the driveway.

The deputies were granted power of attorney and named agents on her living will on Jan. 30. Days later, one of them bought a one-way plane ticket to the Philippines for Achiu, who arrived Feb. 3, Abrate said.

Investigators found her there on Feb. 14, and she told them she wanted to return to the U.S. She has been at a hospital since Feb. 21, when she returned to California, her family’s attorney said.

Achiu and her husband, who met while he served in the military overseas, frequented casinos and restaurants where everyone seemed to know them, longtime neighbors Jo and Randy Osborn said.

She struggled after he died but had a series of housemates keeping her company before she called deputies because of problems with one of them, Randy Osborn said.

“They just took her,” Jo Osborn said of the deputies. “That was crazy, and to find out she was sent to the Philippines, that’s really crazy.”

Chan, Angel’s attorney, said his client took Achiu to doctors who believed she didn’t have dementia and was fine to travel. Angel took power of attorney because Achiu had not been caring for herself — living in a filthy house and sleeping in a chair, he said.

Chan provided a department letter of recognition that he said Angel received in January for helping Achiu.

He also accused Sheriff Scott Jones of engaging in a “slander campaign” because Angel recently alleged sexual harassment within the department. She sued Jones, then a captain, and three other employees in 2007 over similar claims, which were settled.

A spokesman for Jones and the department, Sgt. Zach Hatch, declined to comment, citing the investigation.

Angel never talked to Achiu’s family before sending her to the Philippines but spoke to them after she arrived, Chan said. Before putting her on the plane, Angel gave Achiu copies of her medical records and contact information in case anything went wrong.

Chan did not provide a clear explanation for why Angel felt comfortable sending Achiu overseas alone.

“All I can tell you is she did what Rosalie wanted her to do,” the attorney said.