Arizona bride on way to her wedding arrested for DUI

Arizona bride on way to her wedding arrested for DUI 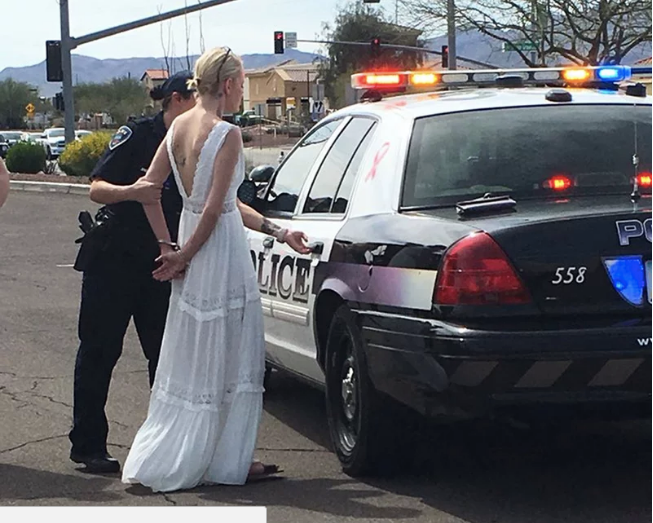 On her way to her own wedding, one bride in Arizona got arrested for allegedly driving under the influence.

Police nabbed 32-year-old Amber Young at 10:30 a.m. Monday after they responded to a call of a three-car accident, AZFamily 3TV CBS5 reported Tuesday. One victim sustained minor injuries during the collision.

Young was transported to the Marana Police Station for a blood sample. She was then released, but signed a criminal citation promising to appear in court at a later date.

In a now-deleted tweet according to People, Sgt. Chriswell Scott said on Twitter: “Don’t drive impaired, till death do we part doesn’t need any help.”

As of writing, it was not known whether or not she made it to her own wedding after her arrest.  Katrina Hallare /ra