Abortion, birth control could become a constitutional right in California

Abortion, birth control could become a constitutional right in California 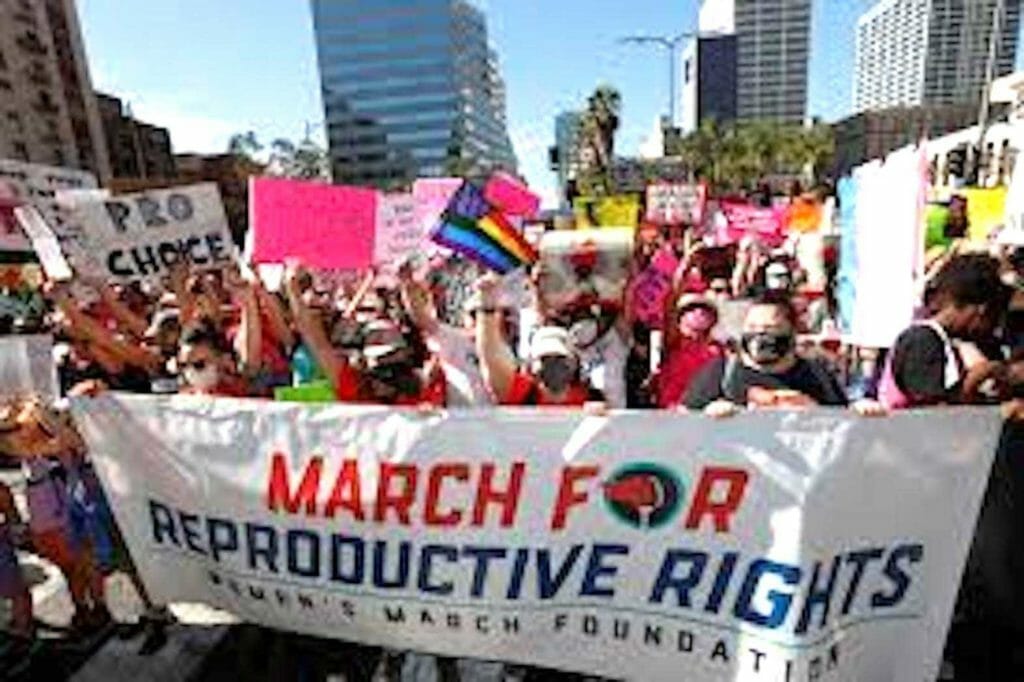 SACRAMENTO — Californians will decide in November whether to lock the right to abortion into the state constitution.

If they vote “yes” on Proposition 1, they will also lock in a right that has gotten less attention: the right to birth control.

Should the measure succeed, California would become one of the first states — if not the first — to create explicit constitutional rights to both abortion and contraception.

The lawmakers and activists behind the constitutional amendment said they hope to score a one-two punch: protect abortion in California after the U.S. Supreme Court ended the federal constitutional right to abortion under Roe v. Wade, and get ahead of what they see as the next front in the reproductive rights fight: birth control.

“The United States Supreme Court said that the privacy and liberty protections in the United States Constitution did not extend to abortion,” said UCLA law professor Cary Franklin, an expert in constitutional law and reproductive rights who has testified before the California legislature in support of the amendment. “If they said ‘no’ on abortion, they’re probably going to say ‘no’ on birth control because that has a similar history.”

In June, the U.S. Supreme Court’s decision in Dobbs v. Jackson Women’s Health Organization ended the federal right to abortion and left states to regulate the service. In his concurring opinion, Justice Clarence Thomas said the court should revisit other cases that have created protections for Americans based on an implicit right to privacy in the U.S. Constitution, such as the 1965 case Griswold v. Connecticut, which established a federal right to contraception for married people — which was later extended to unmarried people.

Some congressional Democrats are now trying to codify the right to contraception in federal law. In July, the U.S. House of Representatives passed the Right to Contraception Act, which would give patients the right to access and use contraception and providers the right to furnish it. But the bill has little chance of success in the U.S. Senate, where Republicans have already blocked it once.

Protecting access to contraception is popular with voters. A national poll from Morning Consult and Politico conducted in late July found that 75% of registered voters support a federal law that protects a right to birth control access.

California isn’t the only state where voters are considering reproductive rights in their constitutions.

On Tuesday, Kansas voters decisively rejected a constitutional amendment that would have allowed state lawmakers to ban or dramatically restrict abortion. It failed by nearly 18 percentage points.

Kentucky voters will face a similar decision in November with a proposed constitutional amendment that would declare that the state’s constitutional right to privacy does not cover abortion.

Vermont is going in the opposite direction. Voters there will weigh a ballot measure in November that would add a right to “personal reproductive autonomy” to the state constitution, though it does not explicitly mention abortion or contraception. In Michigan, a proposed constitutional amendment that would guarantee a right to both abortion and contraception is expected to qualify for the November ballot.

The proposed constitutional amendment doesn’t go into detail about what enshrining the right to contraception in the state constitution would mean.

California already has some of the strongest contraceptive-access laws in the country — and lawmakers are considering more proposals this year. For instance, state-regulated health plans must cover all FDA-approved contraception; pharmacists must dispense emergency contraception to anyone with a prescription, regardless of age; and pharmacists can prescribe birth control pills on the spot. State courts have also interpreted California’s constitution to include a right to privacy that covers reproductive health decisions.

The amendment, if adopted, could provide a new legal pathway for people to sue when they’re denied contraceptives, said Michele Goodwin, chancellor’s professor of law at the University of California-Irvine.

If a pharmacist refused to fill a birth control prescription or a cashier declined to ring up condoms, she said, customers could make a case that their rights had been violated.

Making the rights to abortion and contraception explicit in the state constitution — instead of relying on a right to privacy — would also protect against shifting political winds, said state Senate leader Toni Atkins (D-San Diego), who was the director of a women’s health clinic in the 1980s. Although California’s lawmakers and executive officers are solid supporters of abortion rights, she said, the composition of the legislature and courts’ interpretation of laws could change.

“I want to know for sure that that right is protected,” Atkins said at a legislative hearing in June. “We are protecting ourselves from future courts and future politicians.”

The amendment would solidify California’s role as a reproductive rights sanctuary as much of the country chips away at birth control availability, Goodwin added.

Experts said two forms of birth control that are vulnerable to restrictions in other states are intrauterine devices, or IUDs, and emergency contraception like Plan B. These methods are often incorrectly conflated with abortion pills, which end a pregnancy instead of preventing it.

Nine states have laws that restrict emergency contraception — for example, by allowing pharmacies to refuse to dispense it or excluding it from state family planning programs — according to the Guttmacher Institute, a research organization that supports abortion rights. In Alabama and Louisiana this year, abortion opponents introduced legislation that would restrict or ban abortion, and would also apply to emergency contraception.

“We’re seeing an erosion of abortion access that is playing out in statehouses across the country that have and will continue to target contraceptive care as well,” said Audrey Sandusky, senior director of policy and communications for the National Family Planning and Reproductive Health Association.

“It just allows the pro-abort legislators to trumpet and give them talking points about how they’re doing something about the overturn of Roe v. Wade,” she said. “It is political virtue signaling. I don’t think it does much of anything else.”

Goodwin argues that the measure’s symbolism is significant and overdue. She pointed to the Civil War era, when enslaved people in Southern states could look to free states for spiritual hope and material help. “Symbolically, what that meant is a kind of beacon of hope, that those places did exist, where one’s humanity could be regarded,” Goodwin said.

But California’s reputation as a haven for contraceptive availability may not be fully warranted, said Dima Qato, an associate professor at the University of Southern California School of Pharmacy. In her 2020 study of contraceptive access in Los Angeles County, which has some of the highest rates of teen and unintended pregnancy in the country, Qato found that only 10% of pharmacies surveyed offered pharmacist-prescribed birth control. Pharmacies in low-income and minority communities were the least likely to offer the service, Qato said, worsening disparities instead of solving them.

Qato supports the constitutional amendment but said California should focus on improving and enforcing the laws it already has.

“We don’t need more laws when we don’t address the root cause of a lack of effectiveness of these laws in these communities,” Qato said. “Lack of enforcement and accountability disproportionately impacts communities of color.”