Quarterly ad sales at the world’s biggest video sharing service grew at the slowest pace since Alphabet began disclosing that data three years ago. This indicates that last week’s disastrous earnings report by Snap Inc reflected problems not unique to Snap – and it could also spell trouble for Meta Platforms Inc, whose results are due later on Wednesday.

Competition from TikTok, a strong performance a year ago, and a shaky economy all played a role in YouTube’s latest woes, which earlier in the year were fueled by effects from the war in Ukraine and software changes by Apple Inc to mobile devices due to privacy concerns.

Which factor is contributing most and how long the deceleration extends could significantly affect Alphabet shares, even though investors have been enamored with YouTube’s potential to bring in hundreds of billions of dollars annually. 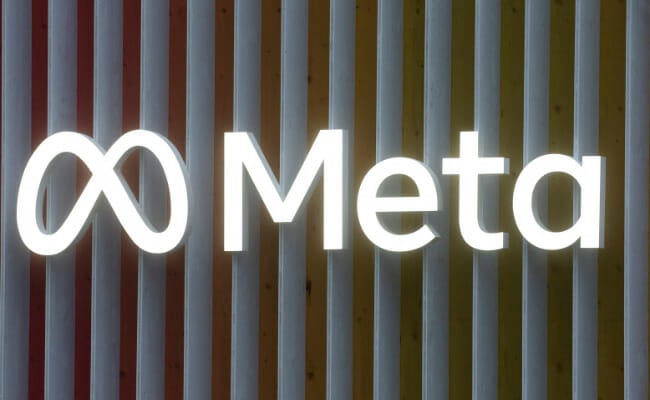 The logo of Meta Platforms is seen in Davos, Switzerland, May 22, 2022. REUTERS/Arnd Wiegmann

YouTube’s advertising revenue grew by 4.8% in the second quarter, a percentage point lower than its growth during the dismal first few months of the pandemic. This suggests that YouTube ad sales are more vulnerable to bad economic conditions than are the ad sales of Alphabet’s biggest business, Google search.

YouTube ad sales rose to $7.3 billion, below estimates of $7.5 billion, according to FactSet data. Alphabet’s core business is search ad sales, which grew 13.5% to $40.7 billion in the second quarter. YouTube competes more closely for ad dollars with media and social media companies such as Snap, Comcast Corp, Twitter Inc, and Meta’s Facebook and Instagram.

Google Chief Business Officer Philipp Schindler acknowledged on Tuesday that “pullbacks in spend by some advertisers” due to macroeconomic uncertainty are hurting YouTube. He also said last year’s strong performance was difficult to beat since advertisers that had pared spending due to the pandemic roared back with big budgets.

“Alphabet’s results appear to confirm our checks that search trends were relatively stable during [the second quarter], while YouTube is more exposed to wobbles in the ad spending cycle,” analysts at Robert W. Baird & Co Inc wrote. Ad industry analysts pointed to yet another unfavorable situation for YouTube: Competition from TikTok, whose feed of short videos has stolen the attention of some users and advertisers away from YouTube and is also a threat to Meta.

“TikTok is hurting YouTube by stealing top creators and cannibalizing consumer viewing times,” Needham analyst Laura Martin wrote in a note, adding that the results show broader ad weakness and could also be bad for Meta.

Schindler told analysts he remained encouraged by “the early stages of testing monetization with ads” on Shorts, YouTube’s feature to combat TikTok.

YouTube itself still sees an opportunity to draw cash advertisers currently spend to market on TV, he said.

MoffettNathanson analysts raised their estimate for YouTube sales growth in 2022 to 4.7% from a 1.5% decline as the second quarter results were not as bad as they had feared. YouTube, whose sales have been broken out in Alphabet results since the end of 2018, typically generates more ad revenue in the second half of the year.