Has Netflix spotted its Bond? Ryan Gosling stars in movie 'The Gray Man'

In the new Netflix movie “The Gray Man,” Ryan Gosling’s character jokes that he goes by the name Six because 007 was taken. The film is a big-budget, effects-filled thriller in the spirit of a James Bond adventure. Netflix Inc and the movie’s directors hope the film, which starts streaming on Friday, will launch the company’s own long-running spy series.

Gosling stars as Sierra Six, a former inmate sprung from prison by the CIA in exchange for servitude in a secret program.

“I’ve always wanted to make an action movie,” Gosling told Reuters. “Action was my first love. It made me fall in love with movies in the first place. It took a minute to get there and find the right one. “The Gray Man” is based on a novel by Mark Greaney and directed by Joe and Anthony Russo, the brothers who helmed Marvel’s mega-blockbuster “Avengers: Endgame.”

The Russos said Netflix allowed them to bring their full vision to the screen. “Gray Man” was filmed at seven locations around the world from Azerbaijan to Croatia and France. 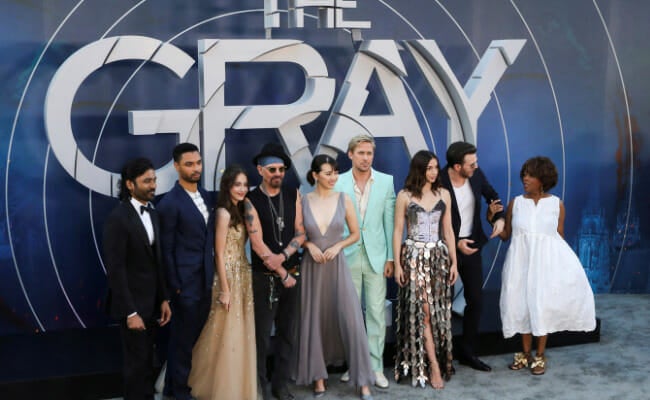 The cast poses on the red carpet before the World Premiere of Netflix’s “The Gray Man” at TCL Chinese Theatre in Los Angeles, California, U.S., July 13, 2022. REUTERS/David Swanson/File Photo

“We wanted to be very ambitious with this movie,” Anthony Russo said. “It is hard to shoot action. It’s expensive to shoot action, and Netflix was up for this level of ambition.”

The movie packs in nine major action sequences, including a lengthy gun battle in a public square in Prague.

“It was real trial by fire for me having it be my first action film,” Gosling said.

Chris Evans plays Gosling’s nemesis, an assassin named Lloyd Hansen who was expelled from the CIA for excessive tactics.

“He’s unapologetically himself,” Evans said of the character. “I think most of us walk through the world measuring who we are based on who we think we’re supposed to be, and Lloyd is unbound by those social norms.”

“The Gray Man” is playing exclusively in cinemas this week before hitting Netflix.

The reaction from film critics has been mixed. As of Monday, “Gray Man” had a 52% positive rating among reviews collected on the Rotten Tomatoes website. Audiences were more enthusiastic, with 89% of commenters on the site giving a thumbs-up.

The Russos hope the film will be popular enough to warrant future installments.

“Whether it’s exploring the events after the original ‘Gray Man’ movie, or before, or where we choose to go, there’s a lot of options in this universe,” Anthony Russo said.